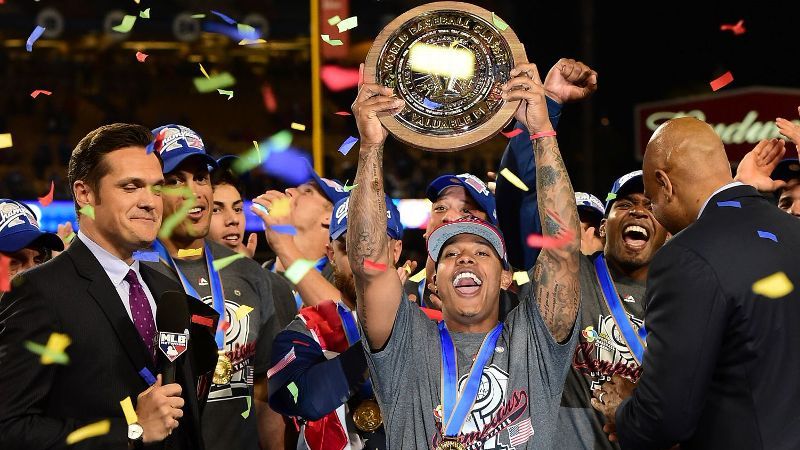 The future of the World Baseball Classic, whose fifth edition was canceled in 2021 due to the coronavirus pandemic, is one of several points of the Collective Labor Agreement reached on Thursday by the Major League Baseball (MLB) commissioner’s office and the Association of Players (MLBPA), which will be defined later, a source told ESPN.

The international games and the type of coronavirus protocol are other aspects of the new labor agreement, which will be defined soon, the source added.

The World Baseball Classic, the only nations event featuring players from the American major leagues, was scheduled to take place March 9-23, 2021, in three countries; United States, Japan and Taiwan, but the coronavirus forced the organizers to cancel it.

The event is organized by World Baseball Classic Inc. — an entity made up of the World Baseball Softball Confederation (WBSC), MLB and (MLBPA) — in conjunction with the professional leagues of Japan (NPB) and South Korea (KBO).

Since the idea of ​​the World Classic began to be forged, the organizers chose to schedule it in a year that did not coincide with other major events, such as the Olympic Games or the Soccer World Cup. Although the first had to be played in 2006 (coinciding with the World Cup in Germany), the second was brought forward to 2009, to later begin the normal four-year cycle between events.

By 2021 the list of competitors had been increased to 20 and one stadium, Marlins Park, was declared to host three rounds of the same event. Miami was assigned Group D for the first round, quarterfinals, semifinals, and the grand final.

Germany, Brazil, France, Nicaragua, Pakistan, South Africa, the Philippines, Great Britain, New Zealand, Panama and the Czech Republic were scheduled to participate in two “pre-classic” tournaments in Arizona, but those events were also canceled due to the coronavirus.

Source: The future of the World Baseball Classic is undefined