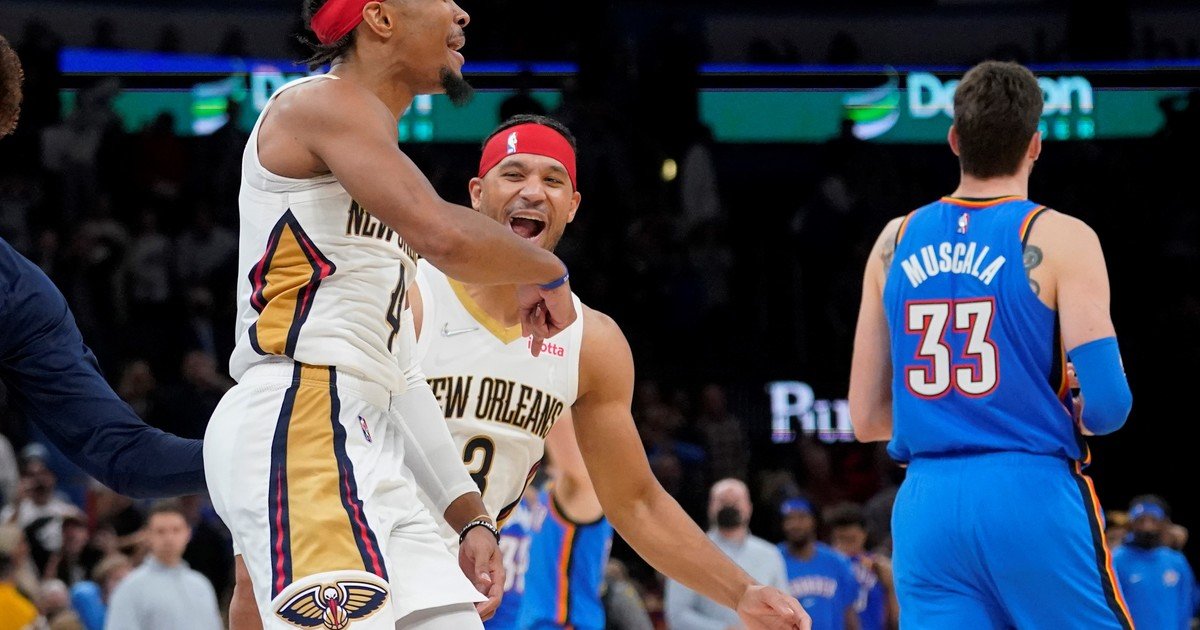 The NBA, like most American sports leagues, is characterized by spectacle both on and off the court. From the halftime shows to the lights and the fire that comes out in every corner of the stadiums, obviously passing through the private but always present posters of the spectators. And although time passes and it is increasingly common to see this type of thing, what happened this Wednesday surprised locals and strangers.

The last minutes of the match between New Orleans Pelicans Y Oklahoma city thunder they were heartbreaking. After a three-point score by Shai Gilgeous-Alexander, the Thunder’s man, which led to the tie between the two teams at 110, the game looked like it was going to be defined in overtime.

But that’s when the protagonist of this news appeared. With 1.4 seconds remaining until the end of the match, the Pelicans pulled fast and Devonte graham took advantage of the little pressure from his rival and He took an impressive 19-meter shot to score from three and give his team the victory 113-110 in the last.

But Graham’s shot not only unleashed the madness of the entire stadium and that of his teammates, who came out to hug and celebrate with him, but also represented New Orleans’ ninth win of the season and fifth on the road. Oh, and as if this were not enough, set an unofficial record as the longest winning pitch in NBA history, according to data released by Second Spectrum. Also, the page announced that the chances of shooting from there are 3.5%.

“When I was in Kansas I used to practice shooting from the middle of the court, in games, practice. For me it was a game, I didn’t think I would be in a situation like this. It ended up paying off ”, confessed the 26-year-old point guard, who for the first time in his career scored a“ winning shot ”.

For its part, Basketball Reference, another platform specialized in league data, reported that there are records of other long shots, but none from so far away. In 1986, Julius Erving had scored a triple from 16 meters from the rim and Belus Smawley in 1948 and Tyreke Evans in 2010 had done the same but from fifteen meters.

In turn, Kenrich Williams, an Oklahoma player who was supposed to mark Graham, said that: “I didn’t want to make a foul, to make a stupid play. I just tried to show my hands. I knew he was going to try to shoot. And he entered, so you have to take your hat off to him ”.

The truth is that officially or not, history was made in the NBA and all that was reflected in the reaction of the Oklahoma City bench when they saw how that shot, which seemed impossible, ended up entering and sentencing the rival’s victory. Basketball lovers or not, no one was left unsurprised by this animated game that Graham sent with less than two seconds to go.

Graham’s triple film from 19 meters in the NBA