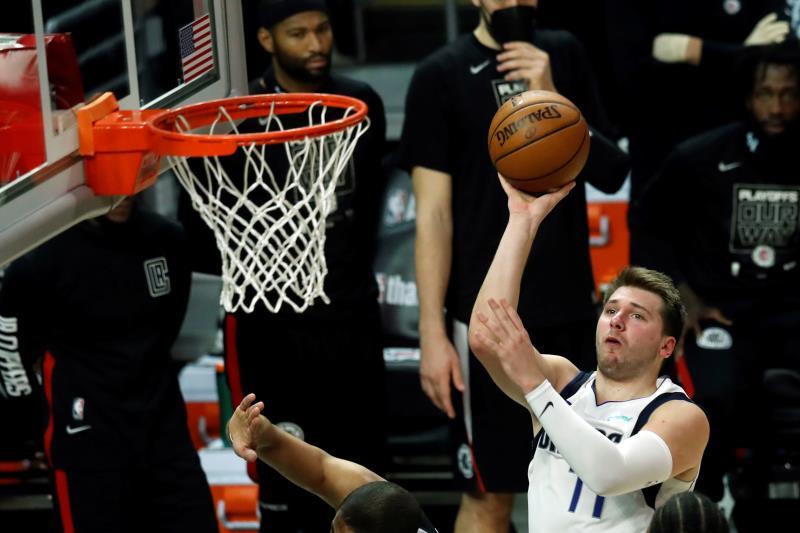 Ljubljana, Aug 10 (EFE) .- Slovenian guard point guard Luka Doncic thanked the Dallas Mavericks this Tuesday, in his first press conference after his five-year contract extension, for the trust they have placed in him and he was confident of winning the “someday” champion ring.

“It’s a very special moment. Thank you Dallas for offering me this. I never imagined this would happen to me, I only dreamed of playing in the NBA. Now I can sign an extension with the Dallas Mavericks for five more years. I never had any doubts. I always wanted to sign. “Doncic said at a press conference in Ljubljana (Slovenia).

At only 22 years old, the former Real Madrid player has established himself as one of the great players in the NBA, where he has been chosen for the last two years as part of the best quintet in the league and the All-Star.

“My goal is always the same, to win the ring, that’s my goal,” revealed the Mavericks player.

“I hope I can bring the ring to Dallas one day,” he said in Spanish. Dallas hasn’t won the NBA championship since 2011, when the team was led by another European, German Dirk Nowitzki.

Doncic, who acknowledged that his beginnings in Dallas were difficult as he did not speak the language or know anyone, was very excited to have the opportunity to make such an announcement in his homeland, Slovenia.

“It was tough at the beginning, but I learned the language, made friends and realized that it was not a bad decision. I am very grateful to Dallas and I am very happy,” added the player.

For his part, the owner of the Mavericks, Mark Cuban, highlighted the value that the Slovenian has not only on the field, but outside it, where he considers that he makes his teammates “better”.

“When people start from scratch with nothing and have to work to get to the top, they appreciate things more. That is what we see in Luka and that is what makes him so special,” he explained.

Cuban was full of praise for Doncic, whom he called “MVP player” and “future champion.”

His agent, Bill Duffy, spoke along the same lines, who considers Doncic “the best player in the world.”

“We are very proud of him. This is a very big day for Luka and the beginning of a career worthy of the Hall of Fame,” said Duffy.

The new contract that joins the Dallas Mavericks with Luka Doncic is for five years and is worth $ 207 million.

The Slovenian, to questions from the local press, joked about the beginning of this new stage of his life and acknowledged not having “yet” given any whim, since he needs to process everything that is happening “before spending.”

In relation to a possible exhibition match in Slovenia, Cuban acknowledged that he is in talks with the NBA, but that the coronavirus pandemic has complicated everything.