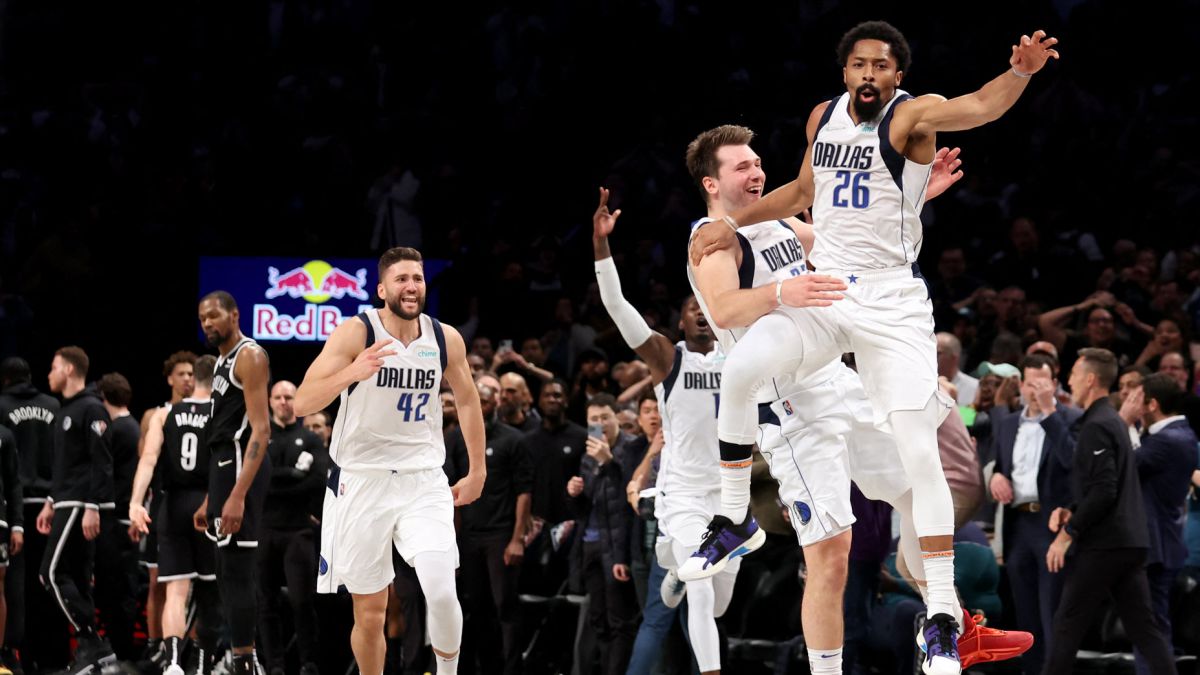 It wouldn’t be because they didn’t warn him. In the previous meeting, the good feelings of the Celtics in the Garden had been ruined, and the tribute they paid to Kevin Garnett there was somewhat embittered, with a last play in attack that offered few doubts. At the Barclays Center in New York it happened again. The Mavericks, this time, assaulted the house of the Nets. The modus operandi In the moments in which the meeting was decided, it was the same, so it is surprising that history repeating itself was not considered a viable option. Doncic amassed the ball on the final play and, going to decide for himself, took a two-on-one that prompted him to quickly glance at a couple of teammates, slipped a pass to the right to the one closest to him, Spencer DInwiddie, and the ex-Nets player, seeing that time was running out, did not complete the extra pass to the corner and threw at his own risk thanks to a minimal gap to, as in the previous day, score the winning triple. The ecstasy at the final honk, which gave them the victory after that launch, caused the players to even kill the tape that the security employees played when celebrating with Mark Cuban and Nico Harrison, the main managers of the franchise. It was a new moment of joy.

Dallas beat 111-113 thanks to that shot. In the last action, therefore, they were behind on the scoreboard and with it the dominance was reversed. Dinwiddie (22) and Brunson (18) were the architects of the comeback, because at the beginning of the last period the team was losing by 12, 91-79, and Luka Doncic once again followed the same path as in Boston: first half of pulling the car, since there he scored 24 of his 37 final points, and delegation in the decisive minutes punctuated by a couple of baskets -against his Slovenian friend Goran Dragic- that were also key. Again they came out with victory between their fingers.

The two against one that Kevin Durant forced, seeing that Doncic had been paired with a center like Nic Claxton, ended up being a bad decision. The Nets megastar ended up conceding indirectly, after Luka’s pass, Dinwiddie a privileged place to shoot and win. The Spencer of these days is not the one we saw in the Wizards during the first stretch of the season, but the one who stood out in those Kenny Atkinson Nets: sharp, successful and unapologetic. That it was this team that gave him an opportunity so he has more offense. Without Simmons, on medical leave, and without Irving, outside the home games even if he just scored sixty, the games are a penance for Brooklyn. Facing the play in, important results: Raptors, seventh, and Hornets, ninth, won on the same night and that eighth place of the Nets is already threatened by the seconds, who are one victory away. The setbacks begin to be severe.

The Nets took a good lead in the early stages, extended to the entire opening quarter, thanks to a grown Kevin Durant. Also last Sunday he left, a few minutes before that Celtics-Mavericks, in the city derby against the Knicks, he scored 53 points, and his idea was to double that success. The eaves that he took a few centimeters to rise above the opponents was indefensible. The barrier of ten points was quickly overcome and during the second period his team dedicated themselves to saving it. It was easy for them at the beginning thanks to points from Dragic, who is an old dog and repeatedly attacked the weak defense of Bertans to keep that lead, but it got complicated when Doncic returned to the court. Eight straight points from the Slovenian and two triples, from Brunson and Green, after triangulations with him left them just one point above the Mavericks before the break.

Durant also knows how to delegate. Seeing that he was being well defended and that it wasn’t a big-day performance, he teamed up with teammates like Brown or Claxton to get plays forward. It worked in a third quarter in which they accelerated the pace of their attacks and thereby hurt the rival.

History repeated itself if we take as a reference that visit from Dallas to Boston a few days ago. On a bad day for Finney-Smith, the comeback was left to Dinwiddie and Brunson. Of course Durant and Doncic showed up, each on his side, to hit shots late in the night. Sure, it’s your job. Someone always enters. The Slovenian beat his compatriot a couple of actions that can be considered important. The last one, a shot to one leg to give his team the advantage with 22 seconds to go. Durant, who is terrific even on his bad days, responded with a four-handed 3-pointer. The Mavs had one last option left, the play was thrown off balance by jumping at Doncic and Spencer Dinwiddie opened the champagne.

Dinwiddie is the ally