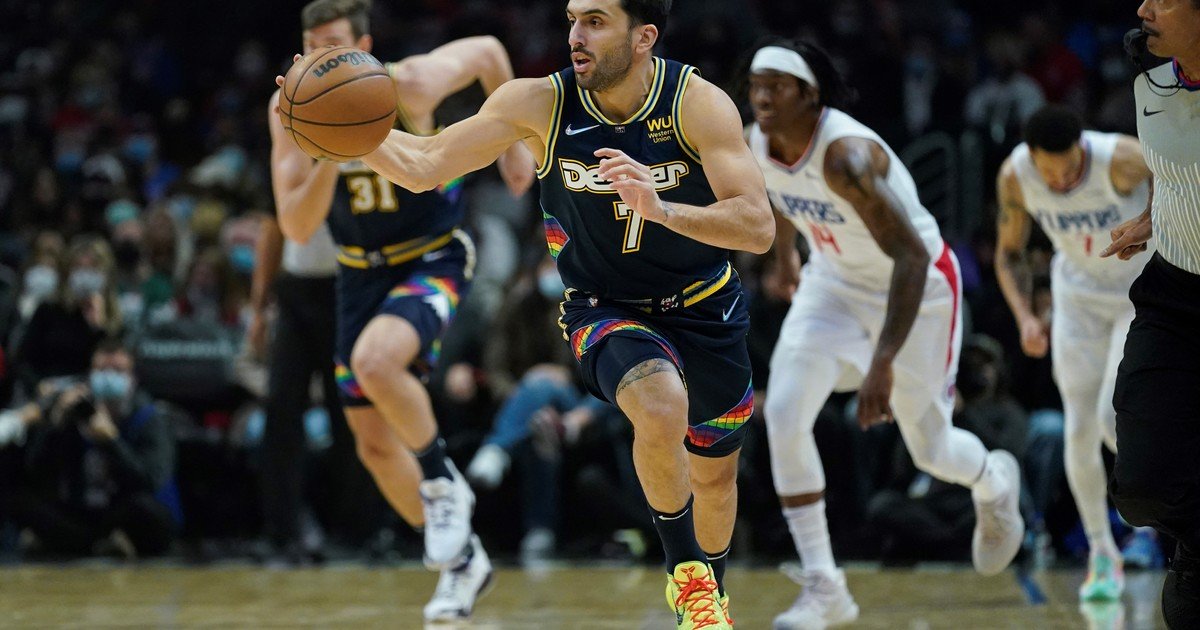 It’s not the ideal time Facundo Campazzo in the NBA. Yes, Denver Nuggets won five games in a row and consolidates in the face of qualifying for the Playoffs in the Western Conference, but the Argentine base plays little and this Sunday, in the landslide victory 136 to 100 against the last champion Milwaukee Buckswas left out of the rotation and barely had 3m26, the last of a defined match.

And Michael Malone, coach of Denver, responded to Facu’s lack of playing time on the team: “The bench is performing better and today the backup point guard is (Nah’Shon) Hyland. That does not mean that we do not have Facundo. Not so at all. We felt we should try something different“.

That proof of “something different” has to do with a fantastic performance from Denver and, above all, from Hyland in Campazzo’s position: Bones stood out with 13 points, six assists and five rebounds in 18 minutes.. In addition, with the difference made by the Nuggets, the Cordovan was relegated in the coach’s idea.

The former Real Madrid collaborated with an assist on a spectacular night for his teamwhich showed a very high level: with 23 triples and a 53.5% effectiveness rate (23/43), Denver touched the franchise record for triples in a single game, which so far is 24.

Nikola Jokic, the figure of Denver against Milwaukee.

It is that the minutes that Campazzo played They are known as “junk minutes”, the time played when the game is already settled. Denver’s rotation was with a great game from Nikola Jokic (18 points, 15 assists and 9 rebounds), 24 points from Aaron Gordon and another 18 from Monte Morris, and there wasn’t much room for the player from Cordoba.

Ten days after the closing of the transfer window in the NBA, Coach Malone decided to remove Campazzo from the rotation, ahead of a week in which Denver will have four games (Minnesota Timberwolves, Utah Jazz, New Orleans Pelicans and Brooklyn Nets). In that sense, a possible trade with another NBA franchise is speculated, although it is unlikely.

At the moment there are no concrete rumors about Facu’s departure, and most likely still in Denver. Malone’s words do not indicate any possibility of transfer, quite the opposite. The coach assured that he has the Argentine. In his best game in Denver, Campazzo had 22 points, 12 assists and had five steals, four rebounds and two blocks against Houston.

Facu had his best game against the Houston Rockets.

The Argentine point guard played 21 minutes against Detroit on January 23 in the victory against Detroit Pistons, with nine points, three assists and two steals. It was the duel in which he had the most minutes in the last five. Later, again against the Pistons, it was 19 minutes (four points, two assists and a steal).

In 20 minutes against the Brooklyn Nets, Campazzo had two points and six assists.while against the Pelicans he converted three points in just seven minutes of play.

The next presentation of the Campazzo team will be this Tuesday from 22 (Argentina time), when he faces minnesota timberwolves. At 12 p.m. Thursday, Denver will visit the Utah Jazzwhile the Friday will receive from 23 to New Orleans Pelicans. To close the week, the Sunday from 5:30 p.m., Denver will be local against Brooklyn Nets.

Denver coach: ‘It’s not like we don’t have Campazzo’