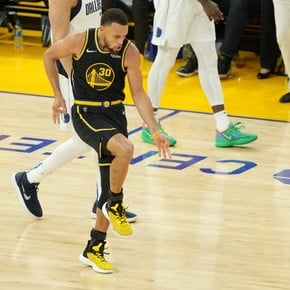 No matter what sport you play, a Barcelona-Real Madrid is always a different show. Especially if they play the pass to the final of the Euroleaguethe most prestigious club tournament in Europe, and if on top of that there are two Argentines on the court like Nicholas Laprovittola Y gabriel deck.

All this happened in Belgrade, Serbia, where the two greatest in Spain met with a positive balance for the people of Madrid, who triumphed 86-83 and got a ticket to the great definition this Saturday. The man from Buenos Aires scored 17 points, while the man from Santiago finished with seven.

The beginning of the match showed a personal duel between the Buenos Aires player, who scored four points for Barcelona, ​​and Yabusele, who with two triples in between scored eight for Real. Merengue stretched the lead to six (14-8) at the hands of Llul, Caseur and again Yabusele, top scorer in the fourth with ten points, just over five minutes from the end of the quarter.

The fight between Davies and Tavares. (EFE)

Davies, Abrines and a three-pointer by Mirotic cut the dry spell for Barsa to go 7-0 and lead the score again (14-15). Then, with two free kicks from Tortu in the middle, both teams lent each other the leadership to leave in a draw at the first break (19-19).

In the second quarter the tonic seemed to be the same. Real Madrid took a four point lead (23-27) with a 2+1 from Deck at the start of the chapter. Nevertheless, the blaugranas attacked again with a run of 8-2 (29-31) to take the lead and that Pablo Laso, DT from Madrid, had to request time-out with four minutes to go.

The score was again tied at 31 and there was a break: another burst, this time 14-3, from Barsa guided by Mirotic, Laprovittola (one triple and two free kicks) and Exum to go to the locker room 45-34.

Mirotic was the scorer of the match. (EFE)

The third quarter showed a totally different face. In this case, Real Madrid relied on Abalde, Caseur and Yabusele, who combined to remain just three points behind (53-56) with 2:19 left in the quarter. Despite the time out requested by Saras Jasikevicius, DT of Barsa, Merengue did not let up and completed the partial comeback with four more points from Caseur and a triple from Llul (60-56).

With everything to play for in the end, Barcelona did not come out of their astonishment, they committed fouls as a result of their desperation and saw how their rival distanced themselves seven with six points from Llul and two from Poirier (66-59). A triple by Mirotic with 5 and a half minutes to play left the result four away (68-64).

Yabusele left his team with an advantage of seven points at 4:34 (73-66), but Lapro came to the rescue again with two bombs in a row while Mirotic scored a double to equalize at 75 with 2m45 to go.. In a heart-stopping ending, in which they came within a point (84-83) with seven seconds to go, Llul and Yabusele capitalized on two free kicks and sealed their team’s place in the final.

The scorer of the match was Mirotic, with 26 points. Caseur and Yabusele, in the winner, were the top scorers with 18.

Anadolu Efes goes for the bi

Thus, he will go for his second consecutive title after the one achieved in 2021 in Cologne, Germany, against Barcelona, ​​​​which at that time had Leandro Bolmaro in their ranks.