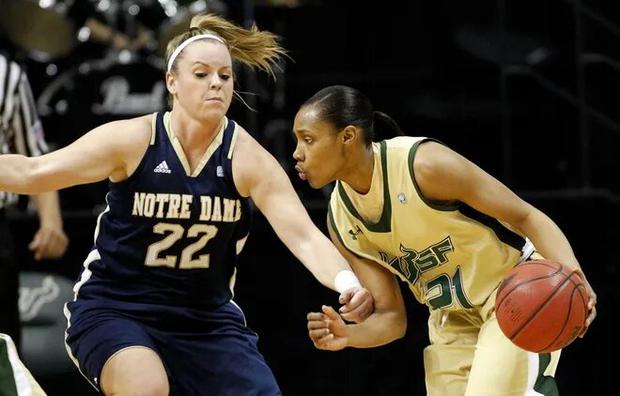 In their free time, police officers often play sports and some stand out more than others. Officer Andrea Smith was able to become a basketball player, but she chose to serve and protect the townspeople from her instead. USA. Recently, she accepted the challenge of a teenager to play the sport he loves in 1 vs 1 and showed all his talent in a video viral. Know all the details of the history.

Andrea Smith She grew up in Lakeland, a city in the state of Florida, and from a very young age she showed her basketball skills along with her twin sister, Andrell. She according to her declared she to SpectrumNewsWhen she was 7 or 8 years old, her father enrolled her in the Lakeland Police Athletic League program, where the coaches began to develop her as a player.

In her high school she discovered that “she had some kind of talent”, as she admitted, and this led her to hold, to this day, the record of 43 points in a single game. After her, she entered Gulf Coast Community College, along with her sister, and they both won a championship.

Andrea Smith not only became the best collegiate player of the year, but was recruited to play two seasons by the University of South Florida (USF), according to the website.

He decided to take care of the streets of his city

Despite the prodigious talent, Andrea always dreamed of being a police officer. “That was a dream of mine that I had when I was younger. I always wanted to do something to protect, serve or help.” revealed to SpectrumNews the authority, who is about to complete three years in the forces of order.

Today he protects the streets of Lakeland, his beloved city, and takes time to interact with teenagers and young people. Precisely, a few days ago the officer was challenged by a teenager to play basketball in a 1 vs 1. The officer surprised her with her talent and scoring successive baskets.

Love seeing Florida law enforcement officers building bonds with members of the communities they protect and serve—even if it means schooling them in hoops. @LakelandPD pic.twitter.com/D2yzxyziRm

The moment was recorded and went viral on Twitter. In addition, teenagers who watched the game considered her one of the best basketball players Lakeland has produced, they told local media.