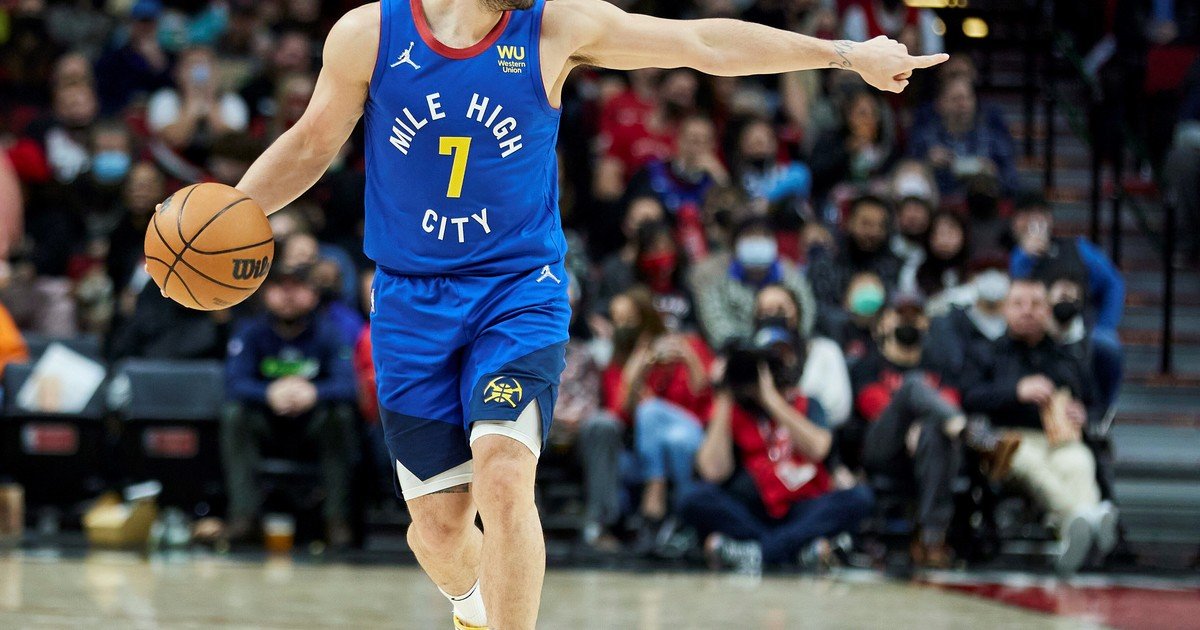 Another night more than Facundo Campazzo does not enter or have minutes in the Denver Nuggets, that this time they fell surprisingly before the Oklahoma City Thunder by 119 to 107. Although Nikola Jockic he returned to get another double-double contributing 22 points and 16 rebounds, it was not enough. Malone’s men remain sixth in the Western Conference with 36 wins and 26 losses.

It never lets you down. Another double-double from Nikola Jokic. Credit: Isaiah J. Downing-USA TODAY Sports

Hyland returned and Facu ran out of minutes

Campazzo, who came from a very good performance in the previous game against Portland Trail Blazers (124-92) playing almost 25 minutes, was not taken into account by the coach Michael Malone and a lot had to see the presence of Bones Hyland, who recovered from an ankle injury. The young basketball player returned to the court and added 19 points.

The low point in terms of point guards was Monte Morris, who in 26 minutes of play he only made four points and provided another four assists. The highlights of the visit were point guard Gilgeous-Alexander with 29 points and Roby, who contributed 26.

Morris’s sluggish play may cause Malone to consider Campazzo. @Nuggets

How were the other games?

Holiday gave the Bucks the win over the Heat with 1.9 seconds left in the game. (AP Photo/Morry Gash)

Thursday’s agenda in the NBA

How are the main positions in the West and East?

In the Eastern Conference, the pointer is Jimmy Buttler’s Miami Heat with 41-22, followed by Demar De Rozan’s Chicago Bulls with 39-23 and Philadelphia 76ers with a 38-23 thanks to Joel Embiid, while in the westDevin Booker and Chris Paul’s Phoenix Suns lead in the West at 50-12, Stephen Curry and Draymond Green’s Golden State Warriors are at 43-19 and Memphis Grizzlies, with the great appearance of Ja Morant, is third with a 43-20.

Campazzo had no minutes and Denver lost to Oklahoma