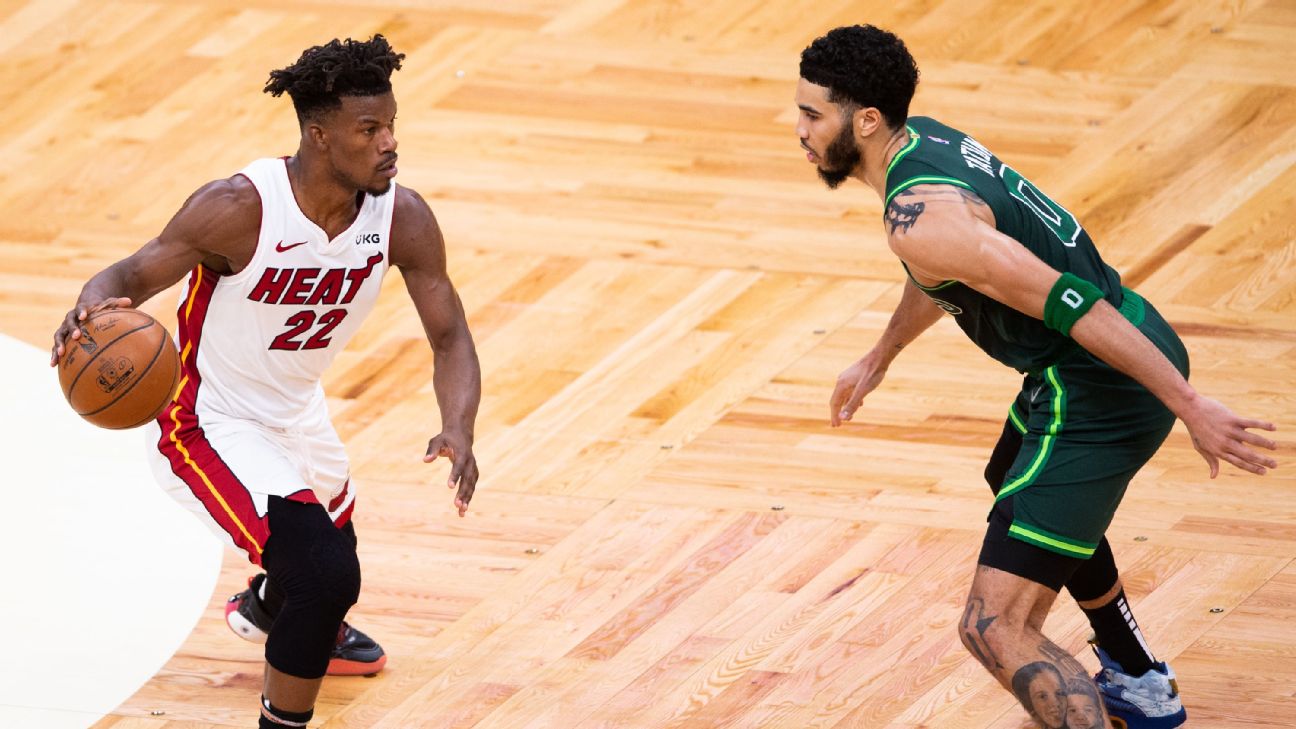 The Boston Celtics came out to win hands down from the opening jump of Game 4 over the Miami Heat and tied the series going back to Miami and also clinched the return to Boston.

Jayson Tatum with the points (31) and Al Horford with their defense they were the strength of the Celtics, who took advantage from the first period and never looked back.

But Monday’s 102-82 result is far from indicating that the Eastern Conference finals may be decided. From the beginning it was known that the series would be even, close and that nobody should be surprised if it reaches the maximum of seven games…

The contest continues this Wednesday in the Heat arena, where Miami is 7-1 this postseason, something that does not intimidate some Celtics who know how to win on the road (5-2).

one.– The loss in Game 3, the first in Boston of the series, hurt the Celtics, who had been on automatic cruise control since leaving the locker room for Game 4.

The Celtics defeated the Heat 102-82 at home and made it 2-2 to cross the NBA Playoffs in the Eastern finals. Tatum broke it with 31 points and 8 rebounds while Oladipo was the best of the visit with 23 points.

By the first quarter they were already up 26-4 and later they had a 32-point lead, which could have been worse, but Miami began to hit their three-pointers.

A lot had to do with the defense played by Boston, which managed 11 blocks, including four by Horford and 60 rebounds, which are almost 40 percent more than the 39 obtained by Miami, which they beat 20-8 below the board in the first quarter. .

two.– Jayson Tatum not only scored 31 points, grabbed eight rebounds and provided five assists in 34 minutes on the court, but his presence and need for adjustment forced Miami to neglect some other areas. Five Celtics players had double figures on offense.

Al Horford was impenetrable and blocking balls like he was playing with kids. Tatum also cooperated with two other blocks, the same amount as Robert Williams IIIwho after missing Game 2 due to discomfort in the knee on which he underwent surgery, also returned on Monday with 12 points.
It’s a given that Williams isn’t 100 percent, but his mere presence was blunt against the Heat.

3.– The Celtics didn’t even need his guard Marcus Smart in Game 4 to display tremendous defense. It is very likely that he will return on Wednesday in Miami to join Derrick Whitewho as his forced replacement was one of the factors of victory.

If Boston finds a way for both of them to get the big minutes, the chances of them winning back the game they lost at home are much greater, as is minimizing turnovers.

Our expert’s blunt statement after Boston’s tremendous victory over Miami in Game 4 to tie the series 2-2.

one.– Miami needs to start playing from the opening jump. When they realized that the game had started, they were already down 18-1 and with two minutes left in the first quarter they were 26-4.

To that we must add the 18 points combined in the game of their starting players, a horror. The score does not even indicate the dominance of the Celtics and the poor play of the Heat.

Shooting 33 percent from the field and nearly doubled in rebounding, not even the Heat themselves thought they could salvage the game at the end.

two.– Jimmy Butler played, even though he had a knee injury in the second half of Game 2. However, it is a fact that he was never at his level and none of his teammates got up to take the lead on the court.

Bam Adebayowho had his best playoff game in the previous game, could only contribute nine points and six rebounds in 28 minutes at center.
To top it off, after 19 steals in the third of the series, the Heat and their poor defense managed just four in the most recent game.

3.– As Jimmy Butler said, if Miami hopes to win one more game in the series, they will have to improve in all aspects, including taking advantage of anything that Boston leaves them, like shooting free throws. Nobody gets to the Finals shooting 57 percent as a team from the line of sighing.

They have done so before. It’s not like they’re on the verge of elimination, either. Miami knows how to respond and has done so.

But the result of Game 5 could definitively mark the course of the prelude to the NBA Finals in the East.

Coach Erik Spoelstra has to find a way to get his entire starting lineup involved, including Max Strus Y PJ Tucker, who went blank in points. Strus was unable to score on any game stats, save for three personal fouls.