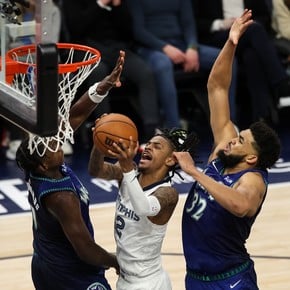 In the first quarterfinals that began in the National League, Mouth (5th) made an important difference by winning both over Penarol (4th) in Mar del Plata, this Sunday night in an agonizing end. On Friday it had been imposed by 81-70.

The party did not have a clear dominator, and thus the leadership was distributed. But at 3m02s, Peña was winning 76-70. However, 11 seconds later it was Boca’s, 79-78, with a double by Camacho Vargas. Although the local responded thanks to Thornton (80-79) with just 2 seconds left. What seemed impossible, then, Schattmann made it real: he received on the left flank, with a feint he passed Monacchi, and nailed the final dagger, 81-80. Vildoza, with 21, was the top scorer.

Sansimoni, from Peñarol, at the Poli (Demian Schleider for Peñarol Press).

the other series they also put first yesterday. In cordoba, Instituto (3rd) started with victory against Regatas (6th) by 98-91 with Luciano González scoring (5-6 in triples). In the group from Corrientes, Penka Aguirre’s 21 (9 assists) stood out.

The best classified in the regular phase started with victory against Oberá (8th) by a resounding 101-83game in which Thomas was a scorer with 31 units.

Quimsa had an inaccurate first quarter (30% field goals), but with Acevedo coming from the bench he came out on top, although Demti’s men closed it out thanks to Giorgi with nine points and won 21-16.

For the second quarter, a goal-to-goal game was seen, Peralta and Robinson in Oberá while Acevedo and Thomas added in the Santiago (27-30 with 6m16s”). Led by the Anderson-Terry duo, González’s men improved their offenses but the visitors quickly responded with triples from Fernández and Johnson. Before the biggest break a couple of recoveries and counters led by Johnson imposed a 47-41 favor of the sky-blue missionary.

Thomas, the striker of the Fusion (Press Quimsa).

Returning to the locker room, the locals had a blast from 13 to 2 in only three minutes of action, going on to lead 54 to 49 thanks to Thomas’ triples and Anderson’s game near the boards. Terry took the post in Quimsa, from medium and long distance he increased the gap and placed +17 to the host against an Oberá far from his version of the first half and that it had Johnson as the only scorer. Quimsa lowered the revolutions and Givens with a 2+1 downsized, anyway the electronic board indicated 74 to 66.

Giorgi and De los Santos fueled Oberá’s illusions, but a bomb from Baralle and Anderson’s efficiency in free practice kept a Quimsa +9 with 7m22s”. During the visit there was a new moment of drought and the Fusion took advantage of it with triples by Baralle and Thomas added to the always successful duo of Anderson – Terry.

With three minutes to settle the distance was 15, the team from Santiago rotated in the closing and took care of the difference. The first point stayed in Santiago del Estero with Thomas on fire by contributing 31 pointsIn addition, Anderson (21 points, 10 rebounds, 4 assists and 2 blocks) and Terry (20 points) stood out in the winner.

All the series, except for Boca (Thursday), will continue this Tuesday. On Tuesday from 10 pm this series will continue.

Hispanic, one step away

Due to Permanence, the Patagonian team surprised Unión twice, in Santa Fe, to win 2-0 and be one win away from maintaining the category. The second, with 22 from Marcos Saglietti, the South team won 83-76. On Wednesday they follow her in Río Gallegos.

Boca won in agony and takes a 2-0 vs. Penarol