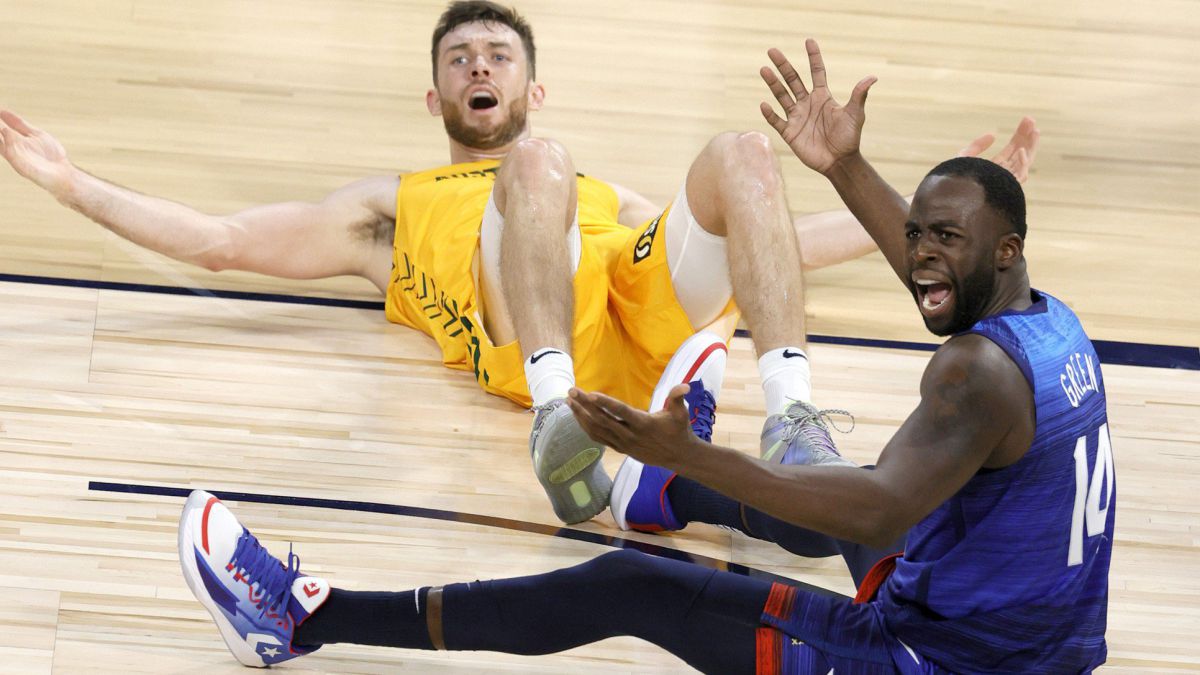 America is starting to have a problem. They are only friendly and they lack the players who are in the NBA Finals, Booker, Holiday and Middleton, to have the entire team that will compete in the Olympic Games, but there are already two warnings, it is not a flower of a day. On the same day, in addition, Nigeria also showed that the victory against the North Americans was deserved by also defeating Argentina and 94-71. But the ones that they begin to hyperventilate are the Americans and not only those who are inside the bubble of the team, also a hobby that sees that they are already two losses at the start of the tour of preparation. Australia planted its flag in Las Vegas and beat Dream Team 83-91.

Again the knowledge of the rival, with many NBA players, was able to with the knowledge of the Americans of international basketball. Those who have the most presence in the League right now, Patty Mills (22 points) and Joe Ingles (17 points)They were the best of the Boomers. They took a lot of shots, 34 between the two and getting only 14, which means that the plan was well drawn with those who could do the most damage. Matisse Thybulle (12), of the Sixers, and the exACB Chris goulding (11) also reached ten. In the United States the top scorer was Damian Lillard, with 22 points.

Australia was able to develop the game as they wanted and finished in the perfect record of shooting accuracy: 50-40-90. The United States lost the battle of the rebound and reduced little, allowing such success of the opponents.

Of the nine fixed in Popovich’s box, eight played, except for a Kevin Love who did not see a clue, and Keldon Johnson (Spurs) and Darius Garland (Cavaliers), from the ‘select team’, also participated.

The control exercised in the first part did not presage another shipwreck. High score in the first quarter, 27, and a +9 with which to go to rest. In the third quarter the tide rose and drowned the United States, which stopped defending and paid for it. 32 points conceded and facing a last quarter in which the nerves grew. They had to win. They did not. With Durant exposing himself for many minutes, they reached a tie, 82-82, with four minutes remaining. Australia scored three baskets after that and Durant missed a free throw, prior to what would happen next: absolute drought, even with a triple by Tatum that did not touch a rim, in 2:20. Ingles put the icing on the cake on the last play of the game. In the final 4:35 the Dream Team scored a whopping one point, that free kick from KD

The transition to the Games begins to indigestible, which should be Popovich’s lifeline in his second tournament as coach, after the disastrous World Cup in China.

It is the fourth loss in five straight games for Popovich, who is already facing significant criticism. after the crash of the 2019 World Cup. And the weekend comes the current champion, Spain, in its last friendly before the Tokyo Games. Also It is the second victory in a row for Australia, who beat them in 2019, about them. They have never lost three games in a row and have two (something that has happened to them three times in history).

And the tension begins: ESPN, the most important media in the country, qualifies as “indignity” the end of the game and how “dazzling” Australia’s superiority in carrying out its attacks; Gregg Popovich, questioned, got into a bitter argument with Joe Vardon, a journalist from The Athletic, At the press conference.