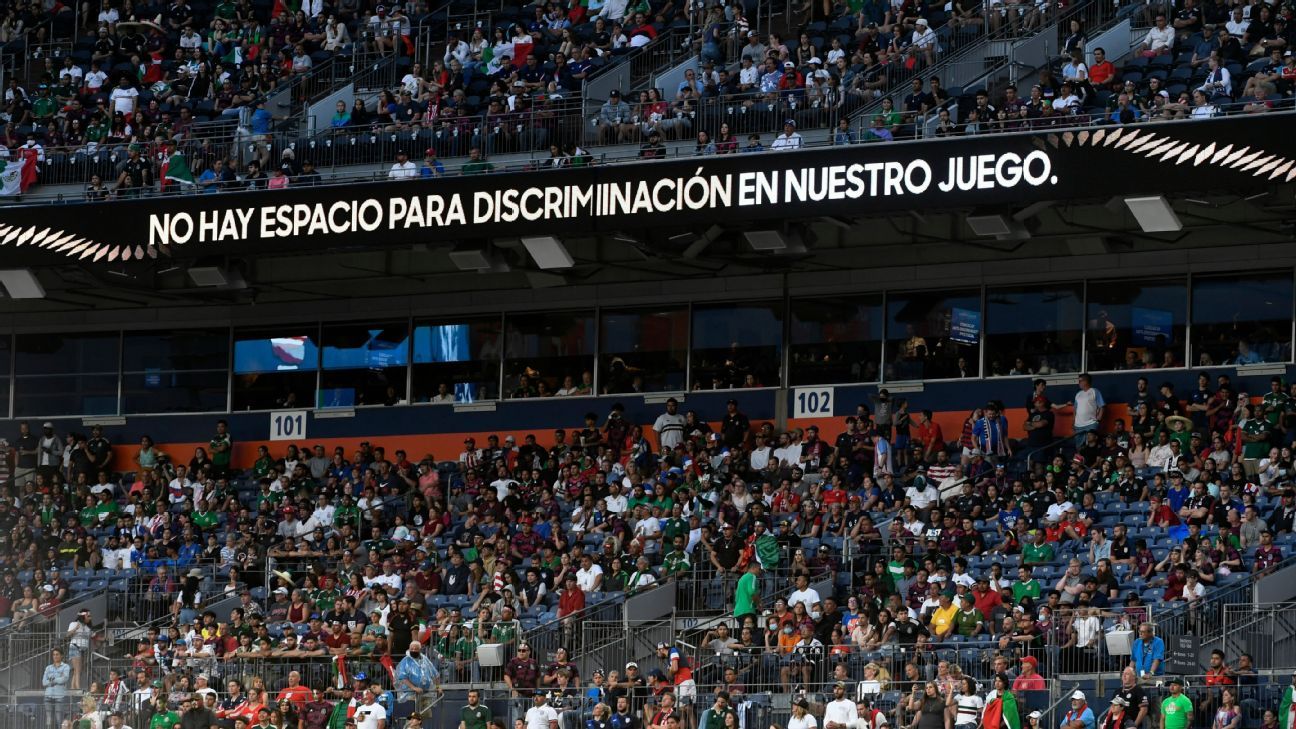 The sum could increase due to another investigation process against Mexico, both FIFA and CONCACAF

The Mexican Soccer Federation (FMF) accumulate a total of 15 fines by FIFA, due to the homophobic scream that is heard when the rival goalkeeper of the Tricolor clears, and that the added amount of each sanction is close to reaching 10 million pesos, according to an estimate by ESPN Digital.

The first fine against the FMF for homophobic shouting dates from 2015, when Mexico was sanctioned with 395 thousand pesos and the last one is dated June 18, 2021, which amounted to one million 300 thousand pesos (60 thousand Swiss francs). More violations are expected to be added in the coming months.

In six years, the FMF has received financial sanctions totaling 9,240,000 pesos, in 15 fines imposed by FIFA, according to sources consulted by ESPN Digital, in addition to the two veto matches, which are still pending and could be paid in the knockout games of the Mexican National Team, heading to Qatar 2022 or in games of other teams.

The sum could increase due to the fact that there is another investigation process against Mexico, due to the homophobic cry which was registered in a friendly game against Iceland, plus the fines imposed by CONCACAF for the same action that was reproduced in the Gold Cup.

Mexico has sought a way for the public to stop shouting the word homophobic through campaigns, because the sanctions will no longer have an economic weight and could cause Gerardo Tata Martino’s team not to attend the Qatar World Cup 2022. Until now there has been little success.

For now, CONCACAF is analyzing sanctioning Mexico’s second game and that it be played behind closed doors in the Gold Cup, to directly penalize the fans they shouted against the Trinidad and Tobago goalkeeper, in the first game of the tournament that is organized in the United States .