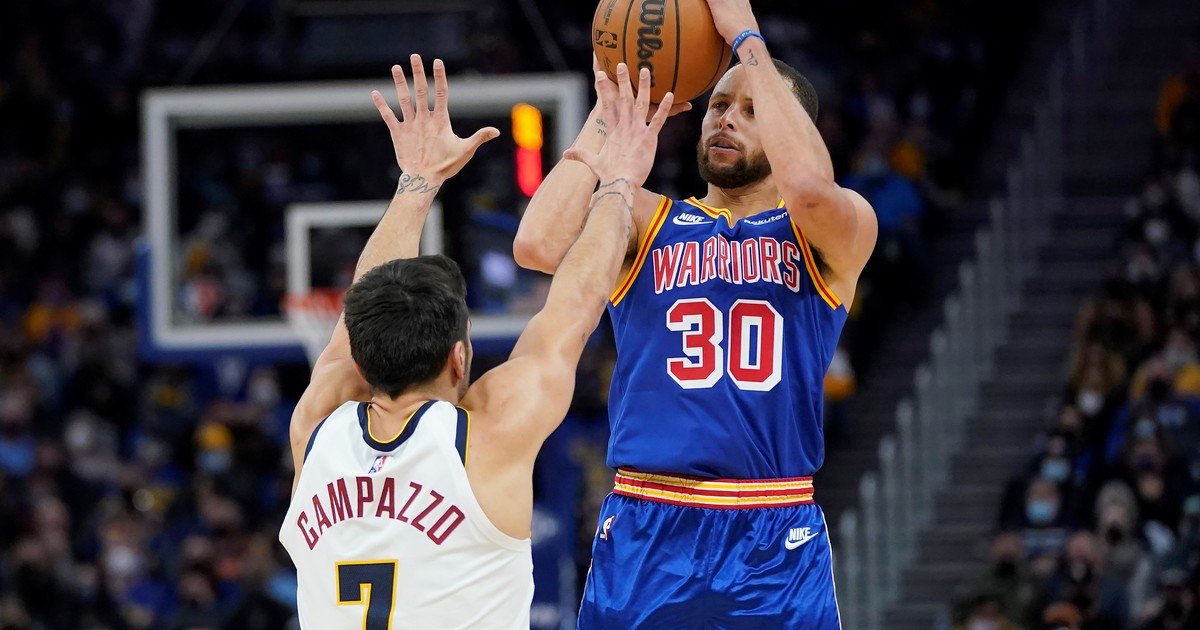 One of lime and one of sand. On a Tuesday night with Argentine action in the NBA, the Cordoba Facundo Campazzo was key in the victory of the Denver nuggets in view of Golden state warriors by 89 to 86. For his part, Gabriel Deck he saw minutes on the court again with Oklahoma city thunder albeit with a loss to the Sacramento Kings.

Campazzo’s was a dream night. It was starter for the first time this season, and it was key in the narrow victory against the general leaders of the season, to whom they gave their seventh defeat. In this way, the Denver team turned the balance towards the victories, with 17 vs. 16 losses, while Golden State has a 27-7 record.

Facu finished with 5 points and 7 assists and was decisive in his personal duel against the Mexican Juan Toscano-Anderson. For his part, the Serbian Nikola Jokic He added 22 points, 18 rebounds, 5 assists and 4 steals and was key in the when he covered a launch to Jonathan Kuminga who was looking for the equalizer with 5 seconds left.

The other side of the great night of Facundo Campazzo’s team, was the Oklahoma City Thunder defeat in which Gabriel Deck added minutes since his last game on December 2. The santiagueño played 10 minutes and 46 seconds and added a triple and a double although it was not enough to turn the story around on his visit to Sacramento.

What’s more, Deck lives decisive days in the franchise which arrived in April 2021, since the January 10th, your contract expires and you still don’t have a guaranteed renewal.

When do they play again?

The Nuggets will receive the Warriors this Thursday from 11:30 p.m. at the Ball Arena in Denver. While OKC will go against the Phoenix Suns on Thursday at midnight.

Argentines in the NBA: Campazzo fell to the leader of the tournament and Deck added another defeat