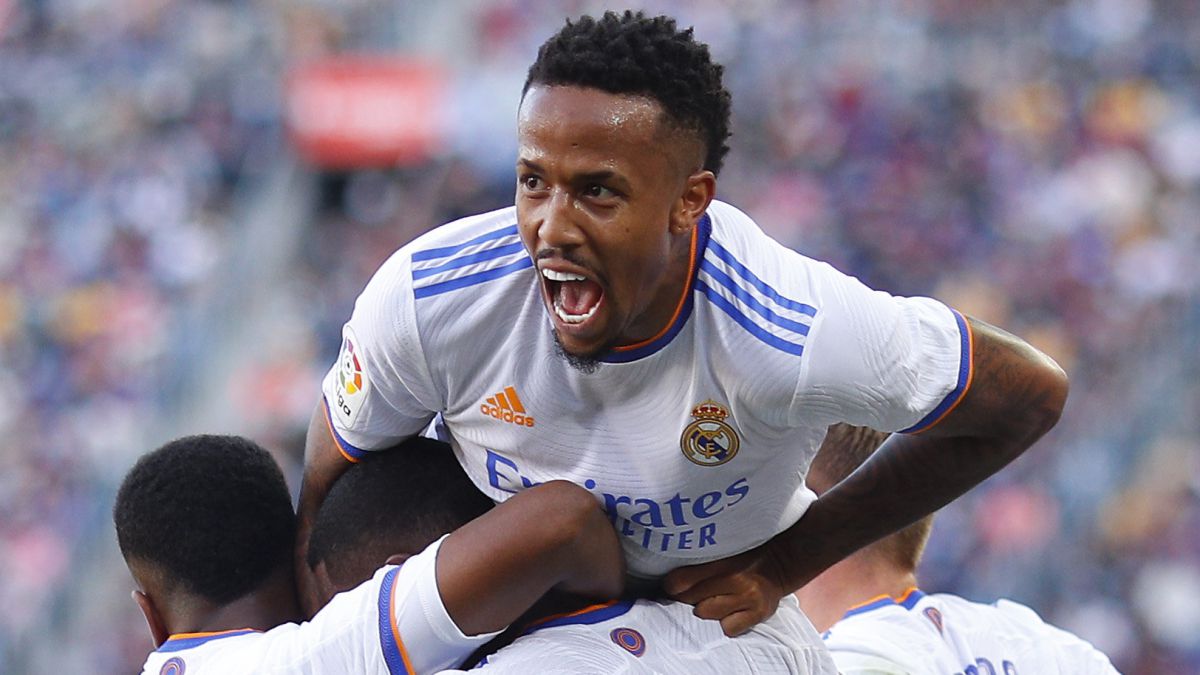 Real Madrid have found in Éder Militao (23 years old), a kaiser for their defense for the next decade. The Brazilian center-back, a titular player in the white team and in Tite’s Brazil At present, he has taken a step forward just when the entity needed him most, after betting on the exits of Varane and Sergio Ramos. Militao’s meteoric rise began at the end of last season, when he linked 14 games in a row as a starter (taking advantage, precisely, of Sergio Ramos’s knee operation). In this, Ancelotti has only given him rest in one match of the 25 disputed. Thus, Militao has only rested one match (against Granada) of Madrid’s last 39 … a record.

The Brazilian center-back takes stock for AS even from Brazil, where he recently received the good news of his future fatherhood, and just before traveling to Spain, where he returns to training today in the afternoon (4:00 pm). “I am fulfilling a dream in Madrid,” he sums up, also remembering his difficult beginnings in the team, which are now a thing of the past. Militao came to the team with the slab of being the most expensive defender in the history of Real Madrid. The 50 million that were paid to Porto exceeded the 30 million for Pepe and Danilo (they also came from Porto) or the 30 for Odriozola and Coentrao.

Already established and widely praised by critics, Militao is clear about the key to his stability. “Ancelotti has been very important to me, he has given me the confidence that every player needs,” he tells this newspaper. And it is a confidence that Militao himself returns in spades, although he assures that he is still in a state of alert: “I try to continue learning every day. I have very beautiful moments ahead of me with Real Madrid and with Titte’s National Team.”

Despite its great season, the reference market website Transfermarkt now gives Militao a market value of 40 million euros, below the 50 paid by Madrid (currently eighth with the team’s highest value, 11th most expensive player from Brazil and 20th of those who play around the world in the central position). For sure, Transfermarkt’s algorithms will make Militao skyrocket in its next update scheduled for early 2022.

The numbers prove him right.

The statistic perfectly describes what your contribution is being. Militao is the most used outfield player by Ancelotti and the fourth with the most interceptions in the league championship. Of all his good games of the season highlights the one he did against Real Sociedad, in which he won nine of 13 games and made 10 clearances, a team record in this exercise in any competition.

But Militao is not only a colossus in the League. He is also the player on the squad who moves faster on the field in the Champions League. It has an average of maximum speeds of 32 kilometers per hour, ahead of Mendy (31.3 km / h) and Carvajal (30.5 km / h), and he is the fourth player to recover the most balls in the entire competition (45, only behind the Sevillistas Fernando and Koundé, and Reinildo, from Lille. “I like the team defensively. It is where we have improved the most. We are more solid,” Ancelotti commented after the victory against Atlético de Madrid. There are already 10 clean sheets with him as the starter. “He is a Super player,” the coach reiterated in praise after he dried Lautaro at the Bernabéu.

Shining in Madrid is not the only goal Militao has in mind in the short term. The central defender has his sights set on the Qatar World Cup to be played in winter next season. It will be his first major international competition with Brazil despite the fact that, at 23, he has already played 19 games and scored one goal. Militao consolidates little by little with Tite. He has been a starter in the last four Canarinha games, all qualifying for the World Cup and against such important rivals as Chile, Peru, Colombia and Argentina. Militao is now fighting for the position in Brazil with Thiago Silva (37 years old) and Marquinhos (27), but everything indicates that he is already the generational replacement of the first. “I look forward to a 2022 loaded with titles”, he says goodbye to AS before flying to Madrid … At the moment he has half the league in his pocket and all the other fronts open. It is Militao, the new Kaiser of Real Madrid.

Militao, to AS: “I’m fulfilling a dream at Real Madrid”