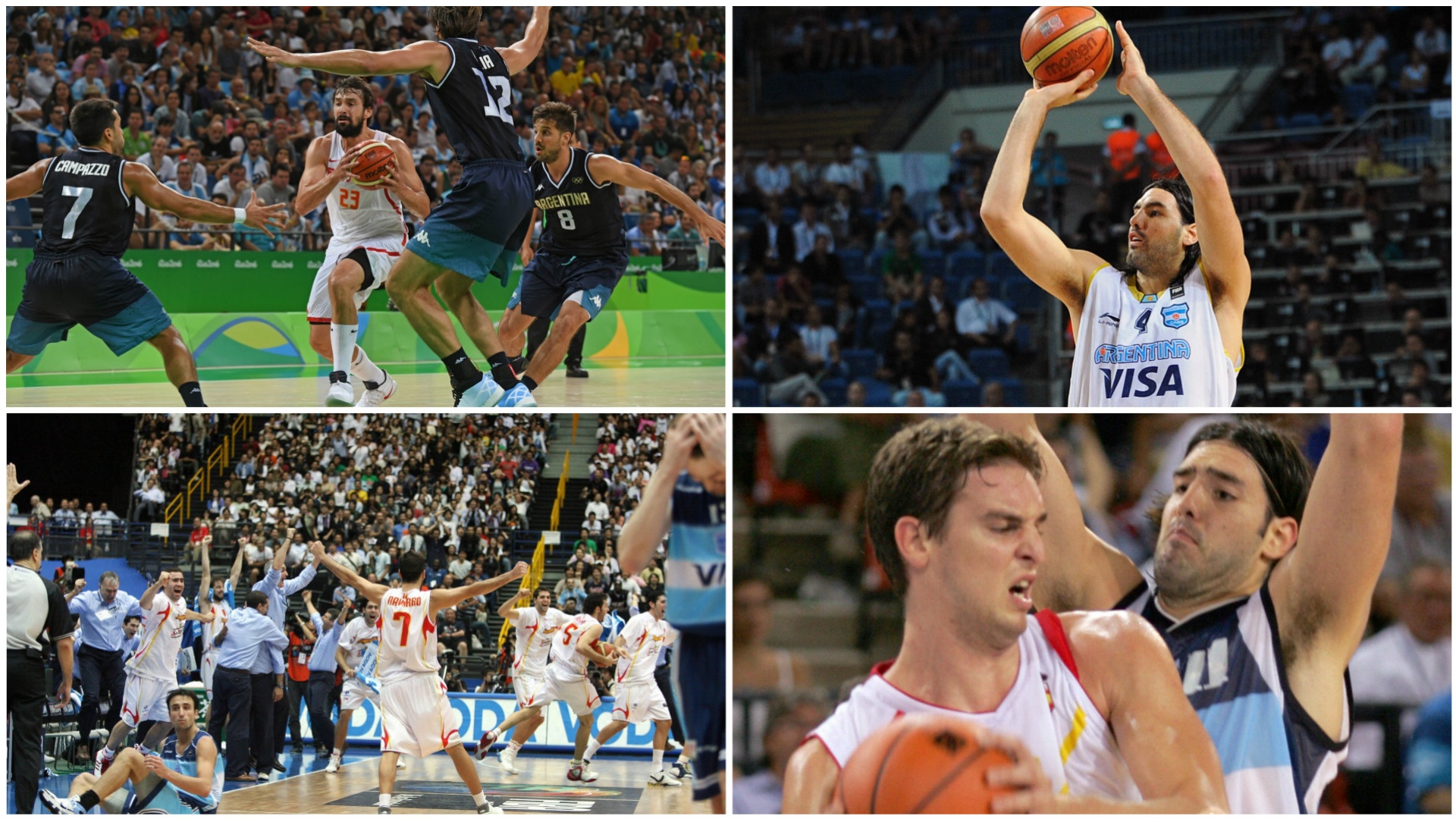 For the third consecutive major tournament, Argentina and Spain will face each other on the main stage of international basketball. The Tokyo 2020 Olympic Games will give another reissue of a duel that after being repeated so much has already become a modern classic between two of the most successful teams of the 21st century.

The last sentence is not an exaggeration: the last 20 years it has had Argentina and Spain fighting several times in the big tournaments and for something they currently occupy second place (Spain) and fourth place (Argentina) in the FIBA ​​world rankings. They are two teams that have challenged the usual dominance of the United States like few others. In fact, they are two of the three selections who put their name at the top in the 2000s outside of Team USA.: those of blue and white, with the consecration in the Olympic Games Athens 2004 that made way for the Golden Generation. Europeans, with that wonderful championship at the 2006 World Cup in Japan and the reconquest in the China World Cup 2019.

In between, a certainty: there is a more than clear connection and knowledge between these two teams. Due to the clashes in these years, and due to a clear condition of the Argentine team: 7 of its 12 players (Campazzo, Deck, Vildoza, Laprovittola, Brussino, Bolmaro and Vaulet) played at least part of the last season in the ACB League of Spain, and three others did so previously (Scola, Garino and Delía). Even coach Sergio Hernández comes from directing Casademont Zaragoza in the ACB.

Before the duel to be repeated this Thursday (at 9.00) in Saitama, in the same stadium where they met in the 2006 World Cup, we travel back in time to remember the official confrontations between the two during the 2000s.

For the first time Argentina and Spain faced each other defining a place on the podium, and above all it was for the highest, for the throne of world champion. The two teams arrived unbeaten to that match and an even crossing was expected, but Spain dominated with its height and with the leadership of Ricky Rubio, began to kill the game in the first quarter with a 23-14 partial and, controlling the game in the rebounds (47-27), scoring in the paint (44 points there) and taking advantage of the poor efficiency of Argentina in the triples (7-27) stayed with the win by 95-75 and with his second world title.

No equivalences. The Argentine National Team did not arrive with the greatest physical restas it came from a real battle against Brazil, that duel in two overtime periods that ended with a heroic victory 111-107 to secure a place in the quarterfinals of the tournament. It was the closing of the first phase in Rio de Janeiro, and the Europeans – with the urgency of the victory to advance – showed their greatest individual hierarchy and freshness to complete a triumph that, in addition, “condemned” the South Americans to play the crossing against the United States (they would win by 105-78).

There were also several historical on the court, such as Juan Carlos Navarro, José Manuel Calderón, Felipe Reyes, Manu Ginobili, Andrés Nocioni and Carlos Delfino. For Spain it would be a wonderful tournament, where it would get its third consecutive Olympic medal (bronze).

Spain had been a constant stone in the shoe for Argentina, but in Turkey it would be another story. The group also directed by Sergio Hernández he had a wonderful first half (49-32) with which he built a victory that, despite the suffering at the end, was never in danger. A triumph that started from oath that Argentine team became after losing in the quarterfinals against Lithuania. They knew that fifth place was their qualification, and they looked for it as such. After going to Russia, beating Spain delivered a very sweet taste in the mouth for that experience in Turkey.

That Spain also had 5 players that remain now: Rudy Fernández (scored 31 points), Ricky Rubio, Sergio Llull, Marc Gasol and Víctor Claver (did not play). Argentina, day by day, He only has one from that squad: the eternal captain Luis Scola, who completed a huge double-double (22 points and 11 rebounds) to close out a memorable tournament and where he would finish as the top scorer. Carlos Delfino shone that day, with 27 goals.

A moment without grays. For one, absolute glory. For the other, a full pain that lasted for a while. A match for others even and played with clenched teeth, with the heart in the hand. Two teams with an absolute hierarchy that knew they were there to go for everything. And above, in a crash with a heart-stopping ending, with that triple from the corner of Andrés Nocioni after the discharge of Manu Ginobili who did not want to enter. It was Spanish triumph and passage to the final and then finish winning the tournament against Greece, which had surprised the United States. For the Argentines, the dagger of being at the door of a unique chance of being champions again, like two years ago in Athens.

15 years after that great game, Spain repeats several pieces: Rudy Fernández, Sergio Rodríguez and the Gasol brothers. It was a meeting where Pau Gasol (19 points and 11 rebounds) and Jorge Garbajosa (19) dominated, although the older of the brothers would injure his left foot and later lose the definition against Greece. TOArgentina had 10 of the 12 Olympic champions on its team, including a Ginobili who finished as top scorer (21). There was also, as now, Luis Scola, who contributed 8 units and 8 recoveries.

Yes, Argentina touched the sky with their hands in that tournament in Athens, but the road had some stones in the beginning. Two days after 83-82 against Serbia and Montenegro that will be immortalized as the day of the popcorn of Manu Ginobili, the blue and white was dominated by a Spain that enjoyed the best Pau Gasol (26 points and 8 rebounds). The Europeans also had a young Rudy Fernández, who played one minute when he was just 19 years old.

In Argentina, as in the case of Rudy and Pau, he repeated regarding the current team Luis Scola, who shone with 28 points and 8 rebounds. Luifa and Rudy have not missed any official Argentina-Spain of the XXI Century.

The funny thing is the path they both took in the tournament. Spain was the best team in the first phase, winning their 5 matches (the same as Lithuania) with the best differential of the tournament (+56). But in the quarterfinal crossing it was the United States, who eliminated him 102-94. Argentina, for its part, passed the first phase with a 3-2 record, but became champion (against Italy), eliminating the United States in the semifinals.

Other matches in World Cups and Olympic Games