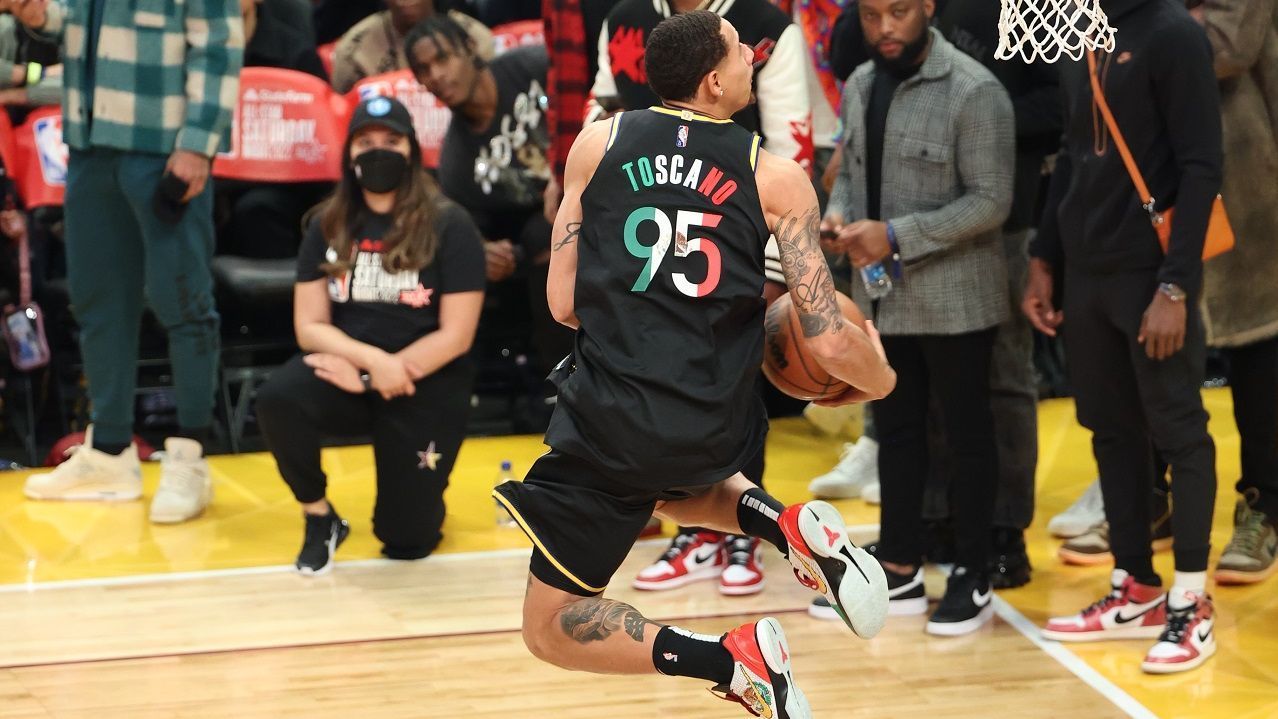 The Law of the Flag, Shield and National Anthem, indicates what are the guidelines for the use of the National Symbols

Juan Toscano participated in the NBA Slam Dunk Contest and wore the colors of the National Flag on his jersey, in addition to the Shield. The Mexican player could face consequences, according to the Law of the Coat of Arms, Flag and National Anthem.

The Mexican-American player wore the national colors during the week of the NBA All-Stars Game, highlighting the number on his jersey, the tennis shoes and the National Emblem on the back of the shirt.

The law indicates, to the letter in article 6: “The Authorities may make Official Use of the National Emblem without authorization from the Ministry of the Interior. Likewise, the Institutions and individuals, prior authorization from the Ministry of the Interior and strictly adhering to the provisions of articles 2o. and 5th. of this Law, may reproduce the National Emblem when it contributes to the worship and respect of said National Symbol, as well as to spread its origin, history and meaning”.

Unlike countries like the United States, where athletes use the flag as part of their clothing in events, in Mexico its use is prohibited and the consequences are stipulated in the Federal Penal Code and in the same Law of national symbols.

The Federal Penal Code indicates in articles 191 and 192 that the “outrage against the coat of arms of the Republic or the national flag, either by word or deed”, will apply a sanction of six months to four years in prison or a fine. from fifty to three thousand pesos; while whoever misuses the shieldinsignia or national anthem, will be applied from three days to one year in prison and a fine of twenty-five to one thousand pesos.

Meanwhile, the Law of the Coat of Arms, Flag and National Anthem dedicates a section to sanctions, making it clear that they must be complied with in accordance with article 6.

While in the section on sanctions, from article 56, it stipulates: Violators of this Law may be imposed one or more of the following sanctions:

I. Warning with warning;

II. Fine of up to ten thousand times the value of the Unit of Measurement and Update at the time of committing the infraction;

III. Additional fine to that provided for in the previous fraction of up to ten thousand times the value of the Measurement and Updating Unit, for each day that the infraction persists;

IV. Arrest up to thirty-six hours, and

V. The recurrence, where appropriate, of the conduct constituting the infraction.

Are there consequences for Juan Toscano for using the National Coat of Arms on a jersey?