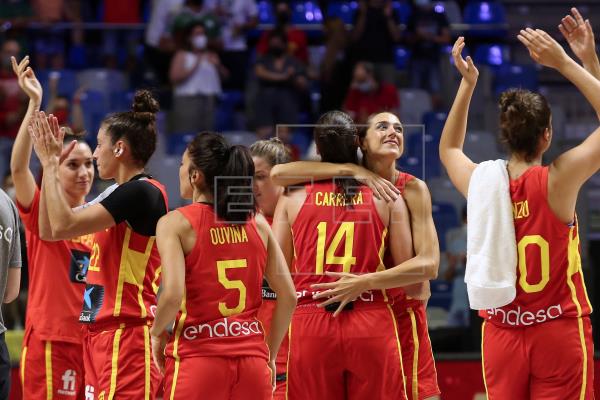 The Spanish women’s team beat France 72-61 in their first test before the 2020 Tokyo Olympics, with Alba Torrens leading the attack with a decisive 19 points and 5 rebounds.

Spain began energetic, aware of the level of the French team, with Alba Torrens as the main leader necessary to open holes in the defense of France, surpassed at times by the team trained by Lucas Mondelo, but who managed to close with a basket on the horn the first quarter (16-15).

The second quarter began with a better France in the circulation of the ball, which took the lead on the scoreboard with good transitions, fast play and the success of Johannes and Miyem (10 points in the first two quarters) to go to half-time 30- 3. 4.

It was difficult for him to start the Spanish women’s team in the third quarter, but again Torrens, with a 2 + 1 under the ring, lit the spark that the team needed. The French, however, kept a safe distance of six or eight points, driven mainly by forward Marine Johannes (14 points).

María Conde (from the triple) and Raquel Carrera got on the boat of the comeback and in a section of several quick actions, Spain put two points above France (49-47), to finally face the last four tied with the French at 53 and without Cristina Ouviña, who withdrew from the game due to discomfort in her right quadriceps.

Spain, with good basketball and established in moving the ball well and generating from the extra pass, was taking the reins of the game until it was eight up, enjoying its game and maintaining that tranquility until the final honk, winning by eleven.

The Spanish women’s team will travel to Paris to play a new friendly against France next Saturday (5:30 pm).

Incidents: friendly match in preparation for the Tokyo 2020 Olympic Games, played at the José María Martín Carpena Pavilion in front of 2,600 spectators.