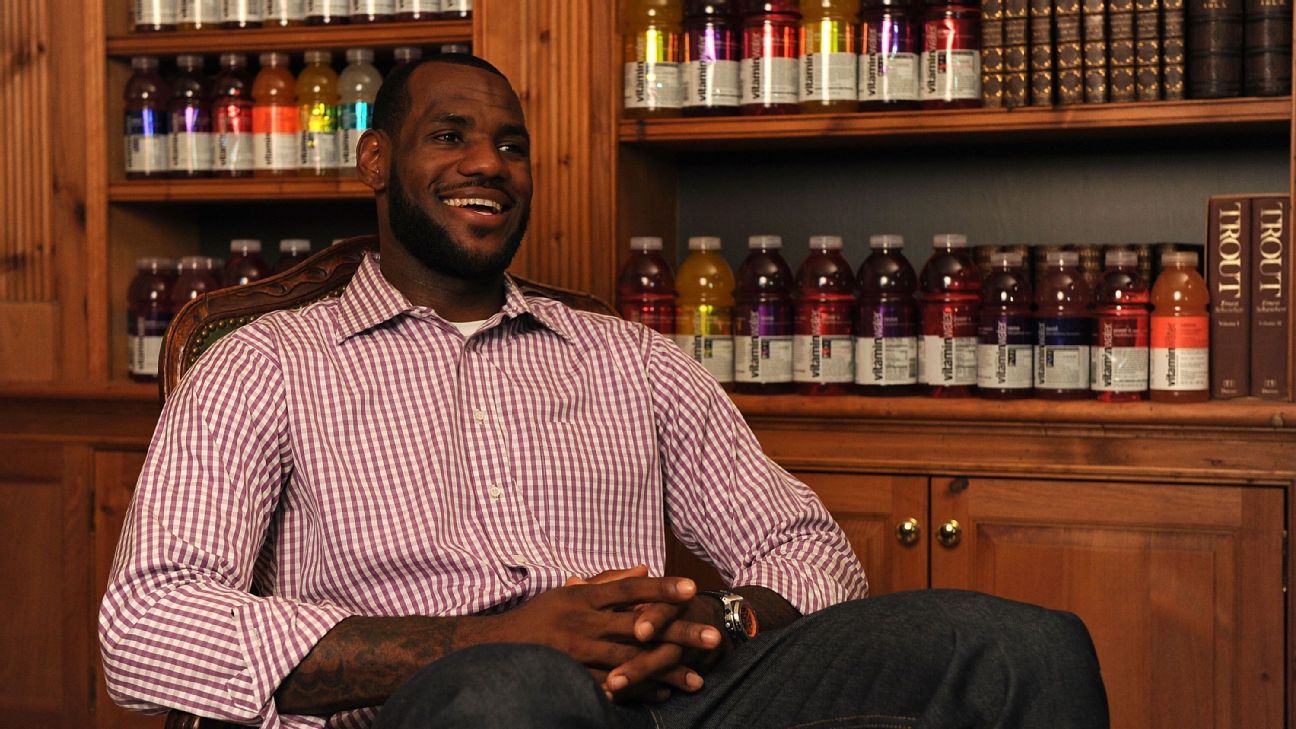 It was not another day for the NBA. At that time it was the day of the most important announcement that would change the future of the league: Lebron James announced on an ESPN special that he would no longer be a part of the Cleveland Cavaliers to sign as a free agent with the Miami Heat.

They waited for him in South Beach Dwyane Wade Y Chris Bosh to form the Big 3 that aroused as much admiration as reproaches and, in a way, some hatred as well.

Review the moments that marked the trajectory of the ‘King’ in professional basketball.

Much water has passed under the bridge since that moment in the King’s career: for 8 consecutive seasons, LeBron would reach the NBA finals winning 2 championships with the Miami Heat, 1 with the Cleveland Cavaliers, a team to which he returned after four seasons of divorce cash, and another, the most recent, with the Los Angeles Lakers in the Orlando bubble. In total, from that day on, LeBron reached 9 finals in 11 seasons. It is said easy.

However, at that time, the decision and the way in which it was carried out, provoked criticism. Your Majesty Michael Jordan and his own Magic johnson they raised their voices to criticize who until then had not been able to win a champion ring.

But eleven years later, those criticisms were transformed into recognition and admiration for who, for years, has been considered the best player in the NBA and one of the greatest exponents in history.

Below, we reproduce the original text published by ESPNDeportes.com that July 8, 2010, under the title of “And the King spoke: Miami”.

As anticipated by various sources, Lebron James announced Thursday that he would sign with the Miami Heat, where he would consolidate efforts with the stars Dwyane Wade Y Chris Bosh to create a powerhouse in the NBA.

“I made my decision (Thursday morning) after having a conversation with my mother,” James said. “I’ve already lost enough sleep. This fall, I’ll be in South Beach.”

Miami represents “the best chance to win, now and in the future,” said James. “Winning is something very important to me.”

Before, Chris paul, one of James’s best friends, insisted that he stay in Cleveland under the new Los Angeles coach. Cavaliers, Byron Scott, sources reported. With so much pressure around him not to go to Miami, there was a chance that James would change his decision.

James’s family and friends reportedly had mixed opinions regarding his decision to play in Miami. Opinions ranged from the understanding of his desire to play with fellow All-Stars, to the feeling that he was giving himself away by signing with Wade’s team, to the concern that playing in such a powerful squad would hurt his brand even if he did eventually win championships. .

James worked hard to help the Cavaliers improve their roster. He tried to convince Bosh to come to Cleveland, but the 6-foot, 11-inch forward was adamant in his decision not to play in Northeast Ohio.

Sources close to James said his heart is in Cleveland and that staying with the Cavaliers was his preferred option, although they also indicated that James was concerned about signing a six-year contract there, which would mean ending up at “31 years old, bad knees and no title. “

Sources cited in the initial report told ESPN.com that the meeting took place in Miami the weekend before free agency began, which was later denied by Henry Thomas, Wade and Bosh’s agent. When reconfirming on Wednesday that the three players did meet at least once, the sources changed their version and claimed that the three players met in Ohio (in James territory) on Saturday before the NBA draft.

Miami entered free agency with about $ 46 million under the cap, not including the $ 16.5 million (roughly) set aside for Wade, thanks to years of avoiding virtually every deal that would take away money for the 2010-11 season.

“We want to build a dynasty,” Miami Heat president Pat Riley told fans at the start of free agency.

A solid step toward achieving that goal was announced Thursday with the acquisition of James.

“We are excited that LeBron James and Chris Bosh have decided to come to Miami to join forces with our great player, Dwyane Wade. We are looking forward to having the opportunity to build some things that our fans in Miami will be proud of for a long, long time. The journey is just beginning, “Riley said after James’ announcement.

“I am excited to welcome LeBron James to the Heat family. I look forward to the time to stand alongside LeBron James, Chris Bosh and my other teammates, together to represent the great city of Miami. There is magic in number three. This is the beginning of a new chapter in the history of the Heat and it will be very exciting for fans of the Miami Heat and the NBA, “said Wade.

And for Cleveland, a city that for generations has had uncompetitive teams, James’s long-feared goodbye represents an even more painful defeat.

His top idol will no longer have his home in Cleveland, and the city doesn’t see a title in sight anytime soon.

Meanwhile, James knows his decision would not be good news in Ohio.

“They can certainly have mixed emotions,” said James, who nonetheless added that Akron, Ohio, “will always be like (their) home.”

ESPN The Magazine’s Chris Broussard contributed to this report. Information from AP was also used in this report.