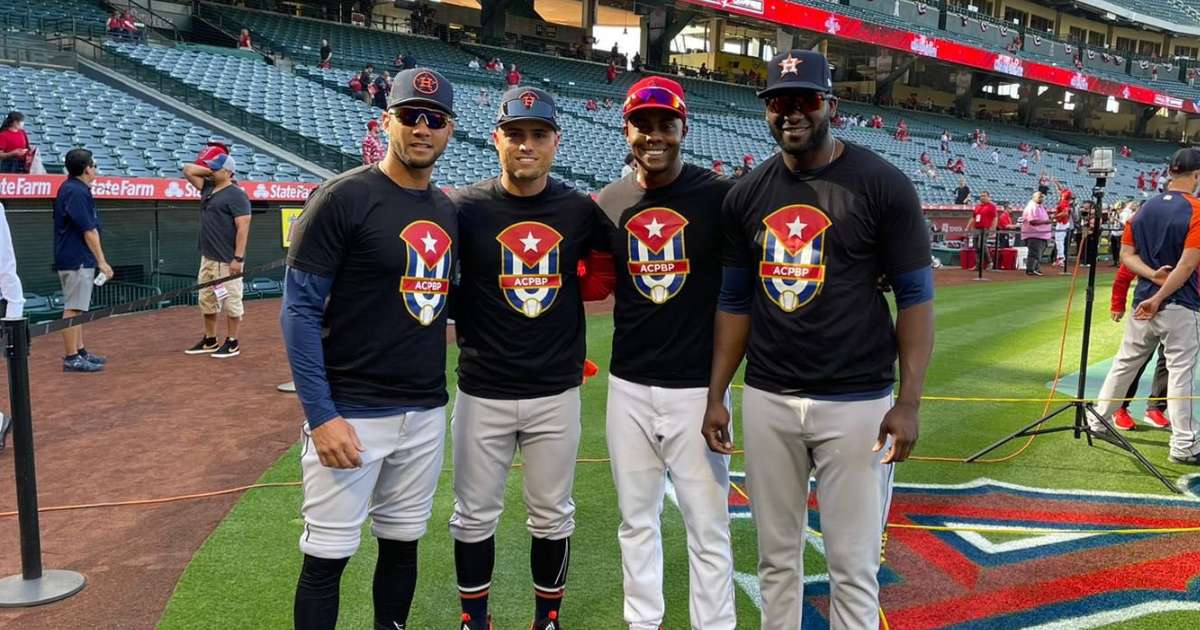 The World Baseball Softball Confederation (WBSC) rejected the formation of an independent team who sought to represent Cuba in international tournaments like the next World Classicwithout the intervention of sports authorities of the Cuban government.

Italian Ricardo Fraccari, president of the WBSC, told the official press that only the federations of each country can form national teams and considered that accepting the request of the newly created Association of Professional Cuban Players (ACPBP) It would imply violating the statutes of the baseball confederation that he presides over.

Fraccari also opposed the presentation of a new uniform design proposed by the ACPBP and argued that only national organizations can use the colors, the uniform and the flag, as they constitute WBSC members by right.

the cuban designer Charles David Rojas was in charge of creating the flannel for a possible team Cuba with players who play in professional leagues, most of them banned by the Cuban regime after leaving the island. In Rojas’s proposal, the home club uniform bears the name Cubanos, alluding to the name under which they played. the sugar kingsa Minor League Baseball team that was based in the Cuban capital until 1960.

The statements of the Italian sports representative put a brake on the aspirations of Cuban athletes who play in Major League Baseball (MLB) and other professional circuits, who also wanted to organize an under-18 team with the aim of competing in the World Championship of that category next September.

The Cuban Baseball Federation (FCB) had already announced that it would not send a national team to the tournament due to alleged complications arising from the COVID-19 health crisis. The youth world championship is scheduled from September 9 to 18 in the American cities of Sarasota and Bradenton, in the state of Florida, which adds an element of tension to the directors of the FCB due to the visa process and the trip to the United States. United States, where defections of Cuban baseball players are frequent.

Upon learning of Fraccari’s statements, various National Series coaches expressed their position in favor of a team made up of players from inside and outside the national territory.

“Really, with the best players we have in the world, I think the unification would be perfect,” said Eriberto Rosales, coach from Wasps of Santiago de Cuba. He also agreed with this position manager from industrial William Carmona.

The option of an independent team was presented in Miami on March 15with the encouragement of retired Major League players such as Mario Fernández, who leads the initiative, Orlando “El Duque” Hernández, Luis Tiant, René Arocha and Edilberto Oropesa.

In addition, other active players have been incorporated, such as the stars of the Houston Astros. Yulieski GurrielAledmys Díaz and Yordán Álvarez, the ace of the New York Yankees Aroldis Chapman and the slugger Jose Dariel “Pito” Abreustarter for the Chicago White Sox.

Outside the baseball scene, figures such as boxer Yordenis Ugás, reggaeton player Osmani García and trumpeter Arturo Sandoval have also spoken out in favor of the project.

Few days ago, Gurriel, Aledmys and Álvarez asked their followers to support the collection of signatures on the Internet to promote the idea of ​​the new baseball team that represents not only MLB players, but other athletes who have independently entered professional leagues in Mexico, Japan and South Korea. The initiative had the backing of American Astros star Alex Bergman.

The idea of ACPBP it is to mobilize awareness in the baseball world of the refusal faced by Cuban Major League Baseball players to represent their country. The directors of the organization consider that although it would be difficult to include an independent Cuba team in the upcoming World Classic, in March 2023, a participation agreement could be reached for 2026.