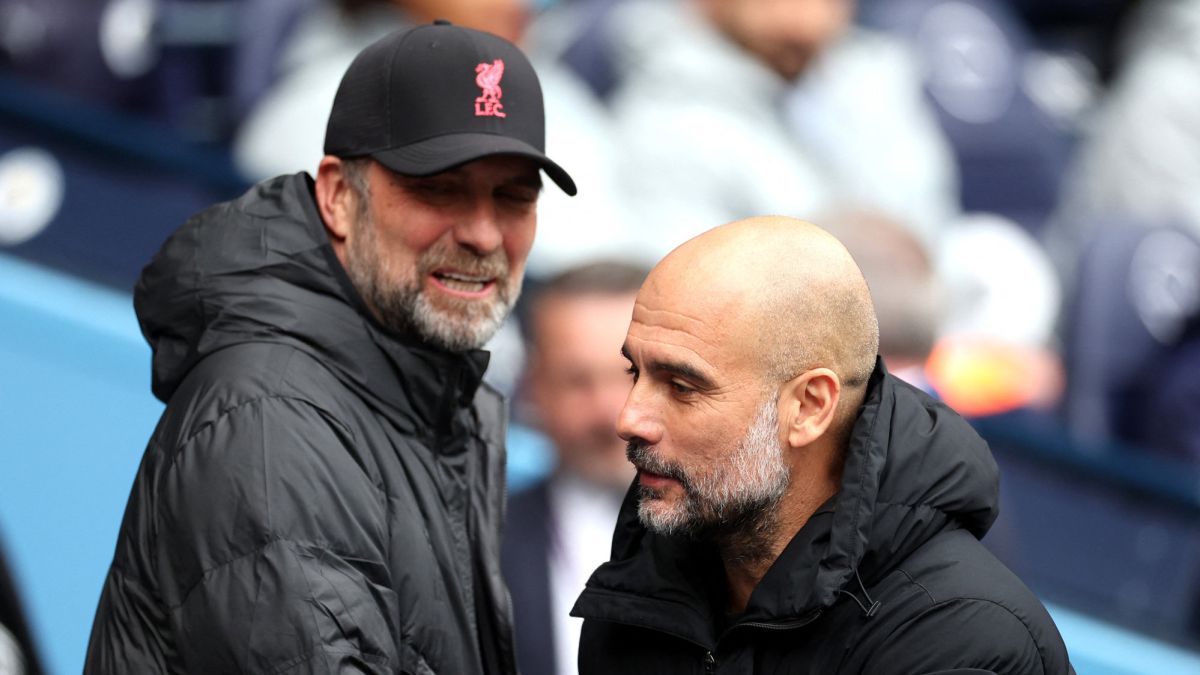 It was more than 90 minutes of intensity. Of shocks, of reactions. And goals. Four. Two for each team. Manchester City and Liverpool signed the tables. They offered everything, but they stayed as they were. With the light blue ones one point above the red ones. Something that left a bitter taste to Guardiola, that after the meeting he regretted the wasted opportunity. “I feel like it’s a missed opportunity. But it didn’t matter to win, lose or draw, because we’re not done yet. I would have said the same if we had lost. It is clear that it was a very important game, but now we know what we have to do: go to Madrid, play in the FA Cup and finish the season in the best possible way”.

“Seven games in the Premier League is a lot of games. We have tough games away from home. We’ll behave, I don’t know what will happen. We’ve been up there all season, that’s the important thing. Our performances. I admire our way of thinking and breaking defenses. You have to continue like this. I want to win the Premier League, but it doesn’t matter if we don’t.”

The Catalan also analyzed the clash after the match in front of the English television cameras. “Both teams tried. Unfortunately we couldn’t win. It is a joy to see Liverpool, the threats they have up front. There is no doubt about how difficult it is to play against them. We did very well, I’m proud of my team”.

“I think the second half was a lot like the first, except for the first ten minutes. When you fit in the first minute you feel like you’ve been punched. You can analyze the tactics, but what counts are the emotions of the players. After 10 or 15 minutes, Bernardo, Rodri, Aymeric and John started to play very well. They are very compact, especially between lines. We had an incredible balance with all three guys up front.”

Klopp had fun with the match: “It was crazy”

The truth is that both teams exchanged a good handful of blows. It was Manchester City who took the initiative on the scoreboard, but Liverpool responded twice to goals from Kevin De Bruyne and Gabriel Jesus. First through Diogo Jota, and then through Sadio Mané at the start of the second half. There was distribution of dominance, chances and finally points. “I think we can describe the match as if it was a boxing match,” Klopp explained before the Sky Sports cameras once the match was over. “If you lower your arms for a second you get hit. I liked a lot of things, I think we were closer than ever.”

“In the second half we were much better. City tried to send balls to the back of our defence, obviously. It makes sense when you have players who make such smart runs. Every time we tried to take a breath, another came. It was a great game, now we have to live with this result. We can do it. We could have done better in many moments of the game, but in others we did very well. The intensity of the match was insane. It was a lot of fun, I liked it.”

Despite Manchester City’s one-point lead with seven matchdays to go, Jürgen Klopp promised that his team would not falter in taking advantage of any celestial slip, if it were to happen: “I think it’s a good and deserved draw. Both teams have seven games left, and we’re not going to stop chasing them. That is sure. Now we will focus on arriving ready for the Benfica match, and then the FA Cup semi-final at Wembley. Then we’ll see who finishes better.”

“It was a boxing match”