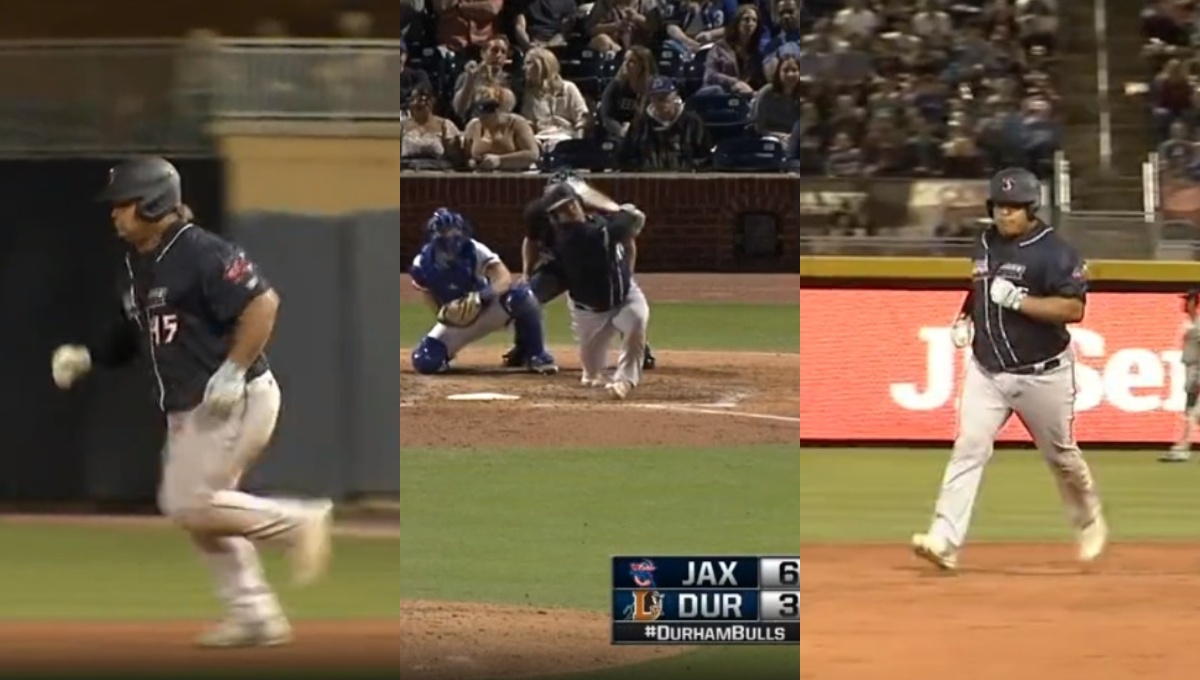 Venezuelan utility Willians Astudillo was able to release his power in the Miami Marlins Minor Leagues, releasing his first home run of the 2022 season on Friday.

Willians Astudillowhich the team did not do with the Marlins from Miami for the start of the 2022 Major League season, he started in Triple-A the year and this Friday, April 15, he connected his first home run in the minor leaguesbeing a hit that helped the Jacksonville Jumbo Shrimp win 8-3 against the Durham Bulls of Durham, a branch of the Tampa Bay Rays.

In the ninth inning of that game, Astudillo took it upon himself with a long shot to left field to make the score 7-3 with his first home run of the 2022 Minor League season, demonstrating offensive power that could be taken into account at any time. by the Marlins to play in the Big Ten.

“La Tortuga” almost with his knee on the ground hit that huge hit that was home run number #39 for life in the Minor Leagues.

Astudillo lined up for this game as the second batter and third baseman, having a day where he drove in two runs and went 2-for-3.

This was the Venezuelan’s first game in the 2022 season and he posted an average of .667 in a brilliant debut with the Triple-A branch of the Marlins.

Astudillo in the Spring Training

The Venezuelan played nine games, where he had four hits, a double, two RBIs and an average of .286. In addition, on defense he served as catcher, first, second and third base.

in the big leagues

Willians Astudillo made his fiery debut in the Marlins Minor Leagues