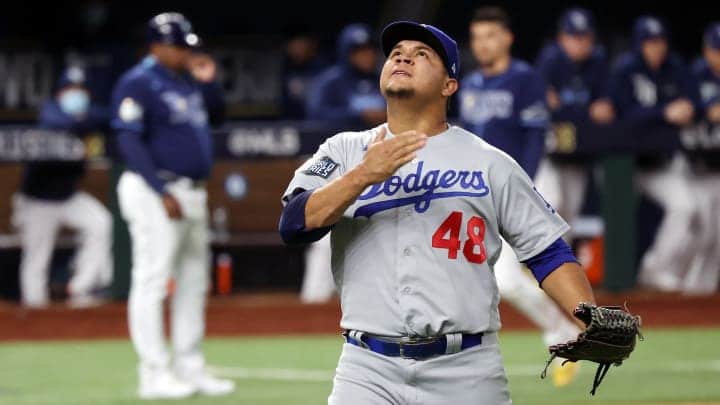 The Venezuelan pitcher of the Los Angeles Dodgers, Brusdar Graterol, aim to be the substitute from Kenley jansen for the next season 2022 of the Major League Baseball – MLB.

Venezuelan pitcher Brusdar Graterol could become the replacement for experienced Kenley Jansen on the Dodgers team after Jansen opted for free agency.

The young Graterol, in his presentations in the last MLB season, left outstanding performances, showing great control and dominance against rival hitters, worthy of a pitcher with vast experience on the best baseball circuit in the world.

Jansen, who was the star closer for the Dodgers, decided at the end of the 2021 season, to opt for free agency, leaving a vacancy that probably already has a replacement, a high-caliber pitcher and a thirst for success in the majors. as is the 23-year-old Brusdar Graterol.

Other options for the position?

Blake Treinen would likely be the favorite to replace Jansen as the team’s closer next year if Jansen goes through free agency, but the Dodgers could also consider other alternatives.

Taking a look at the reliever corps on the 40-man roster of the Los Angeles teams, names like Daniel Hudson, Tommy Kahnle, Alex Versia appear, but doing a performance evaluation the best option would be the Venezuelan Brusdar Graterol, who would be the perfect heir to the Dodgers’ closer job.

Last season, Graterol, dealt with a stiffness in his forearm that put him on the disabled list, after being activated in early July, Brusdar had his ups and downs for the remainder of the regular season, however, he turned around. the corner in the postseason, where he proved to be one of Los Angeles’ top performing and most dependable relievers.

In this 2021 season of the Major Leagues, Brusdar Graterol, left a record of three wins without losses, in 34 appearances at the plate, pitched in a space of 33.1 innings, striking out 27 opposing batters leaving an ERA of 4.59 and a WHIP of 1.41 .

Will Brusdar Graterol replace Kenley Jansen on the Dodgers?