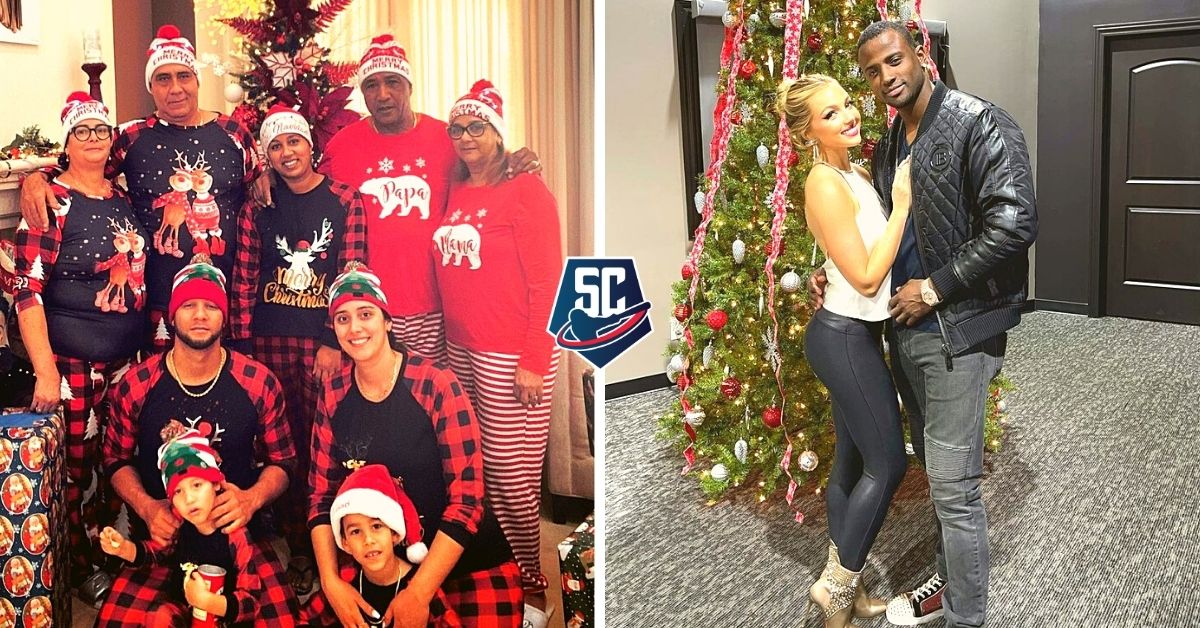 The arrival of Christmas is always a cause for celebration, leaving the bad behind and focusing on the good. The advent of this day becomes a more than perfect occasion to gather friends, family, close people and share the joy of living, especially in a year as complex as this one that is drawing to a close.

As is customary, Cuban players did not miss these celebrations and they let it be known in their profiles. In different ways, baseball players born in the largest of the Antilles immortalized these moments through their social networks.

Such is the case of Víctor Mesa Jr., who was in charge of leaving a positive message in his publication, where he appears dressed in black and red sneakers, as well as his hat, a fashion that caught the attention of his followers.

Another who lived the Christmas spirit to the fullest was Luis Robert. The Chicago White Sox Panther hung a series of photos in a pool surrounded by his friends with the text: “The rest is nonsense.” Luis Robert’s words denote what is really important in life, friendship, family, love, beyond that, it would be irrelevant.

When many may decide to spend the day celebrating, take a break and celebrate in style, Yasiel Puig takes his training very seriously and even at Christmas he did not stop training. This was announced through his Instagram, where he is seen preparing one hundred percent with exercises, races and a strong physical routine.

Although he has not yet been able to return to the Major Leagues, Caballo Loco left excellent numbers in the Leagues where he played in 2021 and his return to the best baseball in the world is getting closer, something for which he has put all his efforts, even at Christmas.

Accustomed to sharing moments with the family, Yuli Gurriel appeared surrounded by his wife and children, as well as his father, the star Lourdes Gurriel. Dressed in allegorical colors, the Gurriel family celebrated Christmas of a prolific year in the career of Yuli, who garnered titles, both individually and collectively, with his Houston Astros team.

The best for Gurriel came in 2021 when he reared his laurels at the offensive level and, glove in hand, he left many speechless, despite his age. At the age of 37, the native of Sancti Spíritus, Cuba, finished as the leader of the batters in the American League and won the Gold Glove at first base.

In addition to those previously mentioned, these players also celebrated Christmas:

UNMISSABLE: This is how Cuban players celebrated Christmas