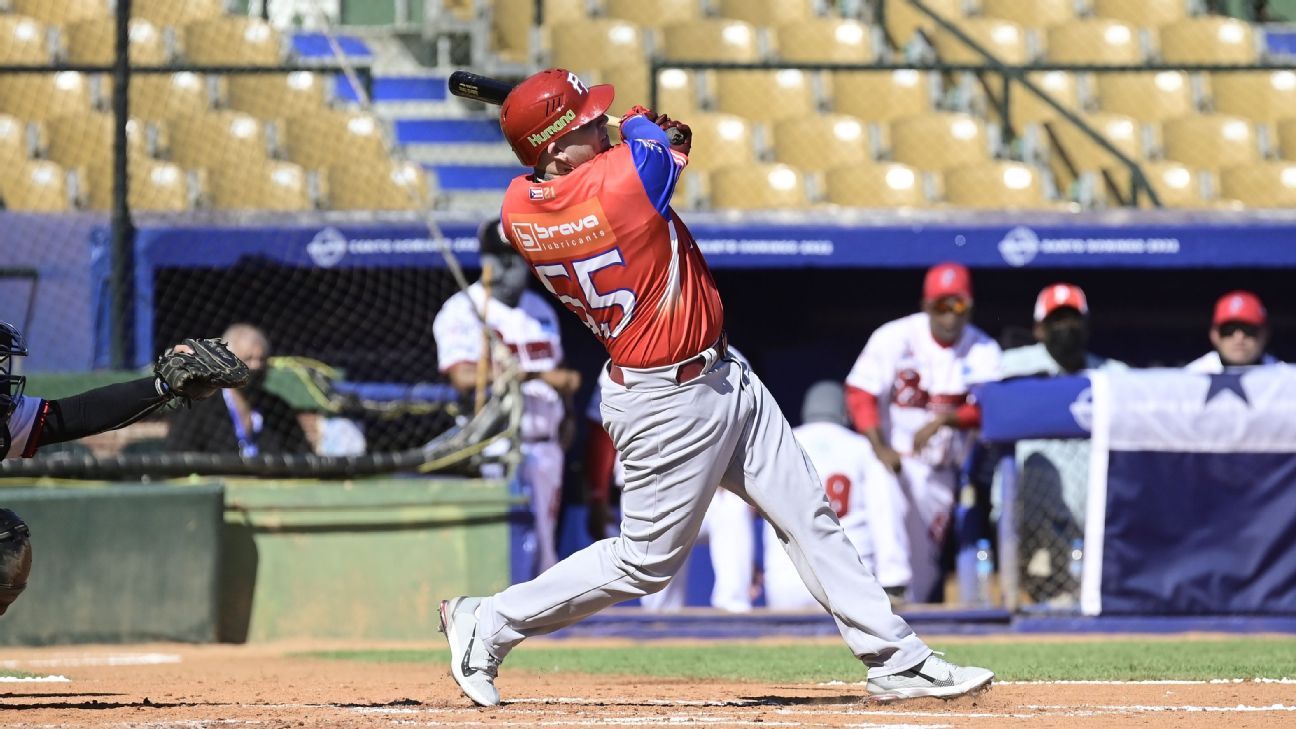 SANTO DOMINGO — Wild celebrations on the pitch after a big hit. Regional rivalries to the max. And a lot of merriment in the stands.

The Caribbean Baseball Series took place this week in the Dominican Republic with its usual splendor, and it may be the last baseball activity to be held in this hemisphere for good weather.

While joking in the middle of the games at the Quisqueya stadium in Santo Domingo, baseball players are also apprehensive about the paralysis of baseball in the United States, which has prevailed since December 2.

The Caribbean Series culminated on Thursday night, with Colombia’s surprise victory in the final against the Dominican Republic in the final.

Colombia was crowned for the first time in the history of a contest that has always been a platform to get opportunities to sign with a Major League franchise.

But the lack of agreement between the players’ association and MLB, a few days before the date on which spring training should start — in less than two weeks — and then the regular season, has altered the situation.

In action during the Caribbean classic with national teams, several players with agreed contracts and others looking for others, when consulted by The Associated Press, expressed they had no idea when the MLB activity would begin.

Fingers crossed that there will soon be an agreement to be able to negotiate with the clubs.

Such is the case of Nelson Cruz, free agent at 41 years old. The veteran slugger is coming off a season in which he hit 32 home runs with the Minnesota Twins and Tampa Bay Rays. His ambition is to play an 18th campaign.

“Unfortunately, it will not start on time, but it is part of the process,” said Cruz, who has been training and waiting for the lockout to end to negotiate. “We, as players, demand things and so do they, so what you have to do is reach an agreement”.

Like other players, Cruz supports the demands of the union, despite the uncertainty generated by the situation.

Equally confident of a deal is Puerto Rican catcher Roberto Perez, who signed a one-year, $5 million deal with the Pittsburgh Pirates shortly before MLB shut down as soon as the collective bargaining agreement expired.

“I believe that this is not necessary for baseball, for there to be a strike,” Pérez said.

The stoppage of activities ended the labor peace that prevailed in baseball for 26 and a half years, since a players’ strike in 1994.

Given the slow progress of the negotiations, the parties act as if it were a fait accompli that the preseason in Arizona and Florida will not be able to start on the scheduled date of February 16. The players do not begin to collect their salaries until the start of the season, scheduled for March 31, and it is not believed that until the middle or end of February there will be a significant advance.

A minimum of three weeks of practice and exhibition games are needed to kick off the season, plus additional time for players to report to camp and comply with COVID-19 protocols.

The boricua Vimael Machin, an infielder in the Oakland Athletics organization, expressed concern that a conflict like this will prevent players from getting new contracts, despite the effort they have made to put up good numbers, especially in the Caribbean winter leagues.

“I know a couple of Dominican people here who have had a tremendous winter season and it is really sadder than worrying that they have not had the opportunity to be signed by a team since they are dealing with all that (unemployment) issues. “.

“I have only heard that they are going to help with money at the beginning and from there they make their next decision,” he said about what is expected in the coming weeks in case a new collective agreement is not reached.

Uncertainty in the Caribbean before closure in MLB