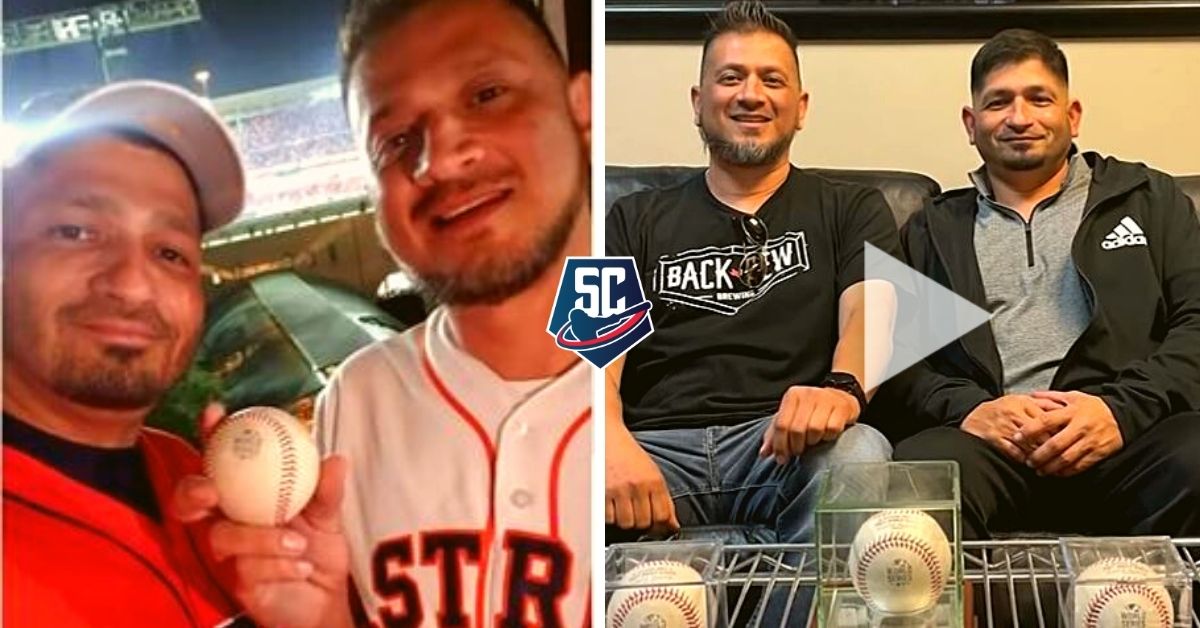 The last Cuban home run in the World Series was carried out by Jorge Solerin Game 6 and the final at Minute Maid Park on November 2, 2021. The ball left the stadium 446 feet away, as very few do because at the home of the Houston Astros they usually play on the roof closed.

The hit of the habanero literally transcended outside the field, Manuel Ramos a fan who was in his apartment, right in front of the stadium, he made the ball with his brother Richard following its trajectory until reaching it.

As they say, not everything was sadness for these passionate Houstonians, because they did not know the value that the ball destroyed by the 2021 World Series MVP would reach, when they decided to auction it through SCP Auctions.

Bidding for the 2022 Premier Winter Auction ended on February 5. It was impressive, the ball opened at $25,000 and became the third-highest-priced baseball item and fifth-highest selling sporting item at closing.

After almost half a million ($475,960) for the surviving piece of Honus Wagner’s most wanted baseball card in the world, which had been hidden in a private collection since 1995. It was succeeded by the 1952 Topps E. Mathews rookie card that it also crossed six figures ($161,215) surpassing the previous record by nearly $70,000.

For a third place position the ball of the decisive home run of the Atlanta Braves, yes the one missing by Soler raised $70,745 surpassing that of Freddie Freeman’s home run ($23,351) in the 7th inning to put definitive figures on the scoreboard (7-0) against the Astros in the same game.

Without being experts in the field of bidding for valuables, at first glance it is striking that the ball dispatched by “El Crudo” was the oldest item with the highest value sold, and to give you an idea of ​​the high amount offered , the largest balls that succeeded him are from almost 100 years ago and autographed by Babe Ruth that ended with an approximate final value of 25 thousand dollars close to the one that Soler opened. Incredible, the largest ball auctioned at closing!

Here we leave you a video of the news report at the end of the auction, which includes the moment in which one of the lucky brothers was caught when he caught the ball.