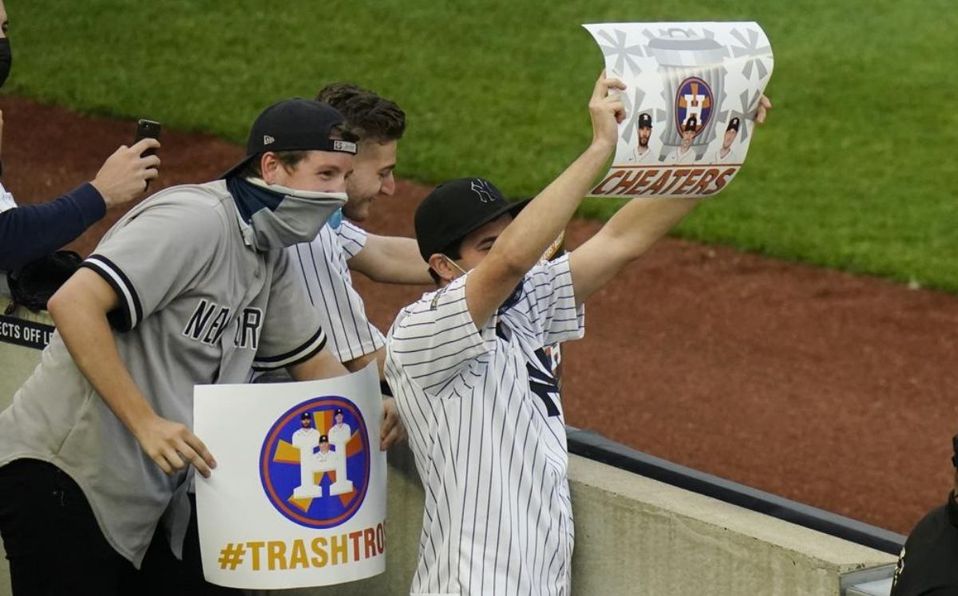 The famous letter that the New York Yankees stole signs in 2015 will be opened to determine other things.

The famous letter is from commissioner Rob Manfed to the general manager of the yankeesBrian Cashman, where there was talk of an Apple Watch fiasco between the Yankees and the Red Sox in the MLB 2015

However, the letter supposedly proves that the New York Yankees they did more than just misuse a phone in the dugout in 2017. Unlike the Boston Red Sox and Astros, for whom there is strong evidence that they did it wrong.

The president of the New York YankeesRandy Levine, spoke out against the release of the letter on Dec. 14, 2020. At the time, the league fined Boston for illegally using the clock to transmit signals to players, and the Yankees were given a lesser fine for inappropriate use of a telephone.

It is clear that the president of the New York Yankees He asked that said letter not be opened, however, the courts decided that the silence should be broken and see if something more than a “simple use of the telephone” was being discussed.

Here is the statement from the US Second Circuit Court of Appeals:

“In light of Plaintiffs’ attempted use of the letter in their second proposed amended lawsuit and the district court’s discussion of the letter in explaining its decision to deny Plaintiffs’ request for leave to amend in its motion to reconsider, and because MLB disclosed a substantial portion of the letter’s content in its investigative press release, we conclude that the district court did not abuse its discretion in opening the letter, subject to the wording of the names of certain people,” U.S. Second Circuit Court of Appeals Judge Debra Ann Livingston wrote in an opinion published Monday morning.

BREAKING: US Appeals Court rules that a letter that allegedly shows MLB hid Yankees’ sign stealing should be UNSEALED. Continuing to update this story: https://t.co/lUpGi6cBR4