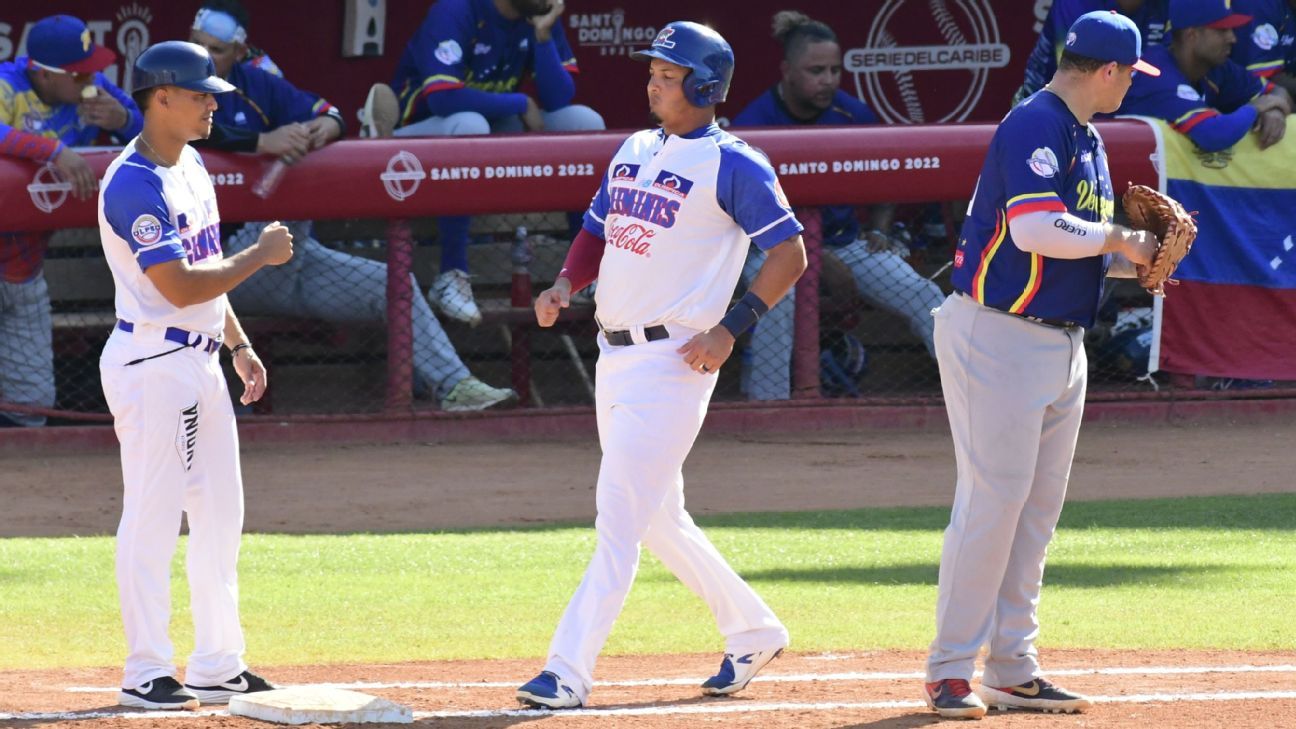 The 2022 Caribbean Series in Santo Domingo, Dominican Republic, had a resounding success, both sportingly and organizationally, but the event still has pending tasks, the most imperative being relocating the controversial morning game of the last three editions .

On the field, Colombia’s Caimanes de Barranquilla upset local super favorites Gigantes del Cibao in the grand final, at the Quisqueya Juan Marichal stadium, to win their first title in their third participation in the Caribbean classic.

En route to the crown, the Caimanes (5-2) twice beat the Giants (5-2) and the Navegantes del Magallanes of Venezuela (3-3), who represented the two most powerful leagues in the area. The Charros de Jalisco from Mexico (3-3), Criollos de Caguas from Puerto Rico (1-4) and Astronautas de los Santos from Panama (1-4) completed the list of competitors for the first date on the island of baseball since the 2016.

In the last four years, teams from the professional leagues of Colombia and Panama, which compete as special guests, have each won a crown. Panama had done it on its return to the championship, in 2019, when it had to act as a last-minute organizer, due to social and political problems in Venezuela.

The attendance of the public and the levels of hearing, both in the participating markets and in the United States, were spectacular for the tournament that pits the monarchs of the Caribbean leagues against each other.

“We are happy with the results, in all possible aspects, of Santo Domingo 2022,” said Ramón Ruiz, marketing director of the Caribbean Professional Baseball Confederation (CBPC), the body that brings together the winter leagues and organizes the Baseball Series. Caribbean.
“But I have to admit that the morning game is an issue that we have on the table. There is interest in looking for options. We have proposals, although none is definitive,” added Ruiz.

For most of its history, the Caribbean Series, which was founded in 1949, had a simple round-robin format between four teams. After six double games the ninth in first place was declared the winner, although on several occasions an extra game was required to decide the champion.

An extra clash that, because it was not scheduled, added uncertainty to participants and organizers.

In 2013 a grand final was established and since 2014 semifinals were added, but without changing the system of double games during the preliminary round. But when the list of participants was expanded to six in San Juan 2020, the CBPC had to make a schedule of three games per day, which starts very early in the morning (10 am, in Santo Domingo) and ends very late at night. , sometimes in the early hours of the next day.

“It’s a complicated thing for professional baseball players. Many of us haven’t been involved in a game at 10 in the morning since we were in the little leagues,” said Ramón Vázquez, the manager of the Criollos.

“It’s very difficult, especially if you play at night one day and in the morning the next,” said Dominican star second baseman Robinson Canó, who went 10-for-24 and was the 2B of the 2022 Caribbean Series Ideal Team.

As host, Canó and his Giants played all their games at the last minute. For the Caymans, the schedule was not so comfortable. After defeating the Dominican Republic 2-1 in a high-stress game on Monday night, January 31, Colombia fell 6-2 to Puerto Rico the following morning.

“We knew the calendar and what we were facing on those days, but, and it’s not to make excuses, I think it could be less harsh. It is what it is, but it could be softer,” Colombian manager Jose Mosquera said.

And not only is there the competitive part, but a game at 10 in the morning is not a great offer to attract people to the stadium or television audiences. For example, when Mexico faced Colombia on Sunday, January 30, Wilmer Ríos’ first pitch occurred a little after 7 am in most of the places that make up the Mexican Pacific League (LMP).

For the next Caribbean Series, currently scheduled to take place in Venezuela’s Gran Caracas (Caracas and La Guaira), the organizers have an idea that has yet to be approved at the next ordinary meeting of the CBPC, in May or June, which would seek help make holding tripleheaders more viable.

“We want to have two games, the first and the last, at the University Stadium in Caracas, and the middle one at the Forum Stadium in La Guaira,” said Giuseppe Palmisano, president of the Venezuelan Professional Baseball League (LVBP).

“That way, that morning game can be a little later without compromising logistics between the main venue games,” he added.

Another idea could be to play two games a day and rest two teams, but with six participants, the calendar would be much longer.
“The matter is real. It does not concern us, but it is something that is on the table and for which we do not have a definitive proposal,” Ruiz said.

The morning game is a pending issue for the Caribbean Series