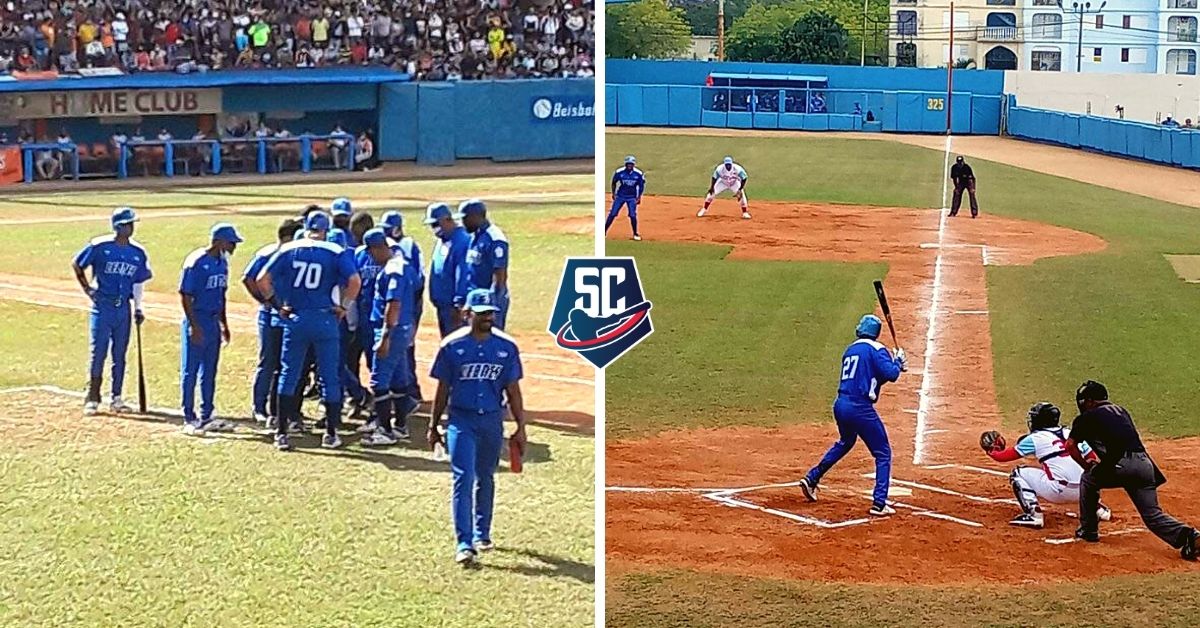 On the day of this Tuesday, February 8, the first games of the subseries corresponding to Tuesday, Wednesday and Thursday took place. The date had a leading role for the visiting teams, since most of them achieved a valuable success in the opening match of the particular clashes. An example of this was the triumph of Isla de la Juventud, Industriales and Artemisa.

The Industrialists resumed the victorious path

After suffering an unexpected sweep in the courtyard of the Gallos de Sancti Spíritus, Guillermo Carmona’s lions arrived in Ciego de Ávila with the aim of recovering lost ground in the standings. For that, the Calitalino strategist made several changes in the lineup, based on the players who best responded in the last duels.

The return of Andrés Hernández to the ninth starter, after serving his sanction; the inclusion of Walter Pacheco in the fifth inning, in the presence of a right-hand pitcher from the Tigres and the confidence in players like Sandy Menocal and Roberto Acevedo guaranteed a production of nine touchdowns, to defeat by the minimum (9×8) the Pupils of Yorelvis Charles.

You may also like: CAUSED MVP drop from the last Grand Final

Andrés achieved a perfect offensive afternoon. The third baseman produced three hits in as many at-bats, including a bi-angular, two RBIs and the same number of runs. Acevedo and Dayron Blanco also stood out with two RBIs. Meanwhile, Alberto Calderón and Sandy Menocal stepped on the plate twice.

The Blues, with six runs in the top of the first inning, dominated the first part of the challenge. For their part, the Avilanians took advantage of the relief pitchers from the capital to try to change the score. Raúl González was one of those responsible for the Avilanian rebellion, the experienced player hit a double in three at-bats and drove in three teammates. In turn, Danny Luaces could not be dominated in the confrontation, with a triple in three legal times at bat and two RBIs.

The victory went to the account of the right Pedro Álvarez, his second of the champion. Vladimir García could not withstand the offensive power of the giraldillos and gave up his second setback. Meanwhile, Raymond Figueredo entered the bottom of the ninth inning and got his first save of the contest.

The Pirates conquered lands of Gallos

The Isle of Youth continued with its good pace in the National Series 61. On this occasion, the pineros defeated the Gallos de Sancti Spíritus 8×6, in their visit to José Antonio Huelga. Both teams managed to easily hit the rival pitchers, but the Island turned out to be more productive, since with 12 hits they made eight runs. Meanwhile, the Sancti Spiritus needed 14 hits to make six runs.

The success in the game was due to Angel Herrera, who got the last out at the start of the sixth inning, replacing starter Jonathan Carbó. In addition; Franklin Quintana achieved his third save of the contest, after 1.2 innings of work, in which he struck out a batter and only had one hit. Yankiel Mauri came out through the narrow gate and exhibits a negative balance of 1-2.

You may also like: Alexeis Bell: “Don’t let your career be cut short, by anything or anyone”

Armando Jhonson’s team found in José Luis Bring their inspiring spark plug in the duel. The leading man of the Piaratas got a couple of hits in four at-bats, with a hit from three bases and three RBIs. On the other hand, Dismani Ortiz disappeared from the Huelga ball for the second consecutive day. In addition, he only missed once in four at-bats, scored twice and drove in a couple of Roosters.

The Hunters threw the first date to the Bulls

The Cazadores de Artemisa defeated the Toros de Camagüey 5×1 in seven innings. The victory went to the account of Geonel Gutiérrez, who reached his first success of the season, after working five complete innings, allowing an earned run, seven hits and striking out three rivals. The defeat went to the record of Pedro Luis Guzmán and Israel Sánchez achieved his first save of the tournament and number 30 in 14 seasons.

Osbel Pacheco led the Artemisian offensive in the Camagüey plains. In four official at-bats he shot a couple of singles, one of them traveling beyond the perimeter limit at the Cándido González stadium. Also, he scored and drove in a couple of runs. Yosbel Pérez, with production of two hits in three shifts, drove in the only run of the Camagüey team.

Granma stopped the Hurricanes of Mayabeque in the Martyrs of Barbados

The current champion of Cuban baseball, the Alazanes de Granma, defeated the Hurricanes of Mayabeque 4×1, with an excellent performance by their pitchers. Leandro Martínez, who scored the second win of the season, achieved a quality start, after pitching in six innings, with only one clean score allowed, four hits and two strikeouts. On his side, Kelbis Rodríguez got his second save of the campaign and José Ignacio Bermudes suffered the first setback of the contest.

Alexquemer Sánchez was the offensive figure of the match. The outfielder shot three hits in four visits to the batting cage, with two BIs and a run scored. Also, Guillermo Avilés had an excellent afternoon, with two hits in five legal at-bats, including a double and the same number of RBIs. Mayabeque had the RBI of Yasniel González.

BECAUSE OF A TRIP Industriales rediscovered success, Granma DID NOT BELIEVE in Hurricanes, Pirates stopped Roosters’ streak. Summary Series 61