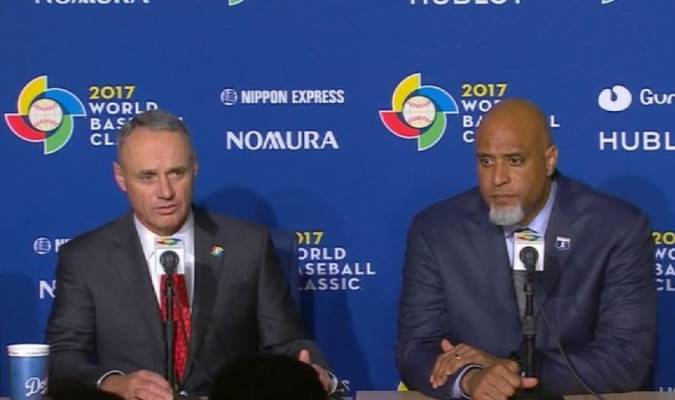 The current conflict between Major League Baseball (MLB) and the Players Association It still has ball lovers in suspense. Last December 1, at 11:59 at night, the collective contract that allowed transactions, signing free agents, and other movements in an industry that is still paralyzed, with three formal meetings and the request for a federal mediator who has not solved anything.

This problem is not the first time that the world of big top. In 1994 there was a strike that occurred in the middle of the campaign. It happened on Thursday, August 12, when the last meeting of the day was finished AND Seattle beat 8-1 the Oakland Athletics. After that, Major League ballparks closed their doors, never to open them again that year. Interestingly, the Montreal Expos, team that no longer exists today, but its place is occupied by the Washington Nationals, they were the best record in all of baseball. More than 27 years of that.

At that time, that employment contract ended on December 31, but the players pressured the team owners by stopping playing because they assumed that they were going to give in to their claims to increase the salary cap, or in the distribution of the profits generated by TV rights between large and small markets.

So this now is not new in the world of MLB. What happen? That the strike there lasted until April 2, 1995. There were 232 days without action (without the rest of the regular season, playoffs and World Series schedule) because just as the workers wanted to put pressure on the clubs by not playing, the owners of teams did the same so that due to the lack of activity, the income that the players were not receiving would take their toll. Neither side found a solution to their position.

Just like in 1994, now free agent signings by teams from the minor league system are not barred. That’s because this “lockout“It involves those protected on the roster of 40, and those who are not on the list of teams above are not prevented from signing.

For this reason, cases such as the agreement of Anthony Vizcaya with the Mets, Carlos perez with the rockies or Carlos Sanabria with the Detroit Tigers they are not affected, because those agreements are with a minor league contract.

It is not yet clear when they will be able to join the Spring Training those who have in their clause an invitation to the spring camp, because there is no agreement between MLB Y MLBPA The start date is not known for sure.

The horizon is not clear and February has already begun.

The bosses’ strike in the Major Leagues: a conflict without a clear horizon