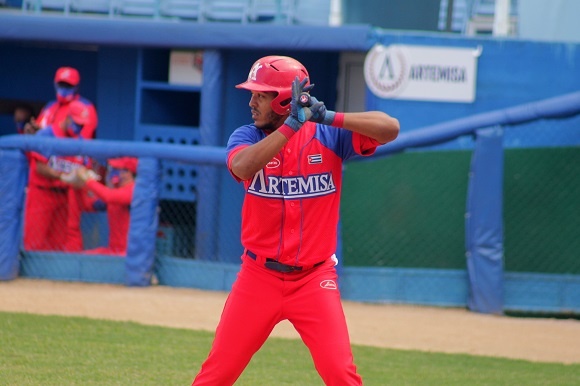 Four teams swept their victims in these short duels weekend and two already secured the private lawsuit of this National Series number 61, at the end of the five games agreed on the official calendar with them.

The most striking of this Sunday day, in addition to the advantage achieved by the Crocodiles from Matanzas in the first position of the tournament when most of the competing teams reached the first third of the championship, were the continuation of the winning streaks of the Villa Clara Sugar Producers and the Artemis Warriors.

crocodiles reaffirmed themselves in the first position of the tournament by Take revenge at its Victoria de Girón stadium against the Holguín puppiesto the beat them 9-2 in a challenge where between them they left 25 cold runners on the pads.

Yoanni Yera gave up nine hits in seven chapters but only accepted a couple of annotations and achieved success, while Jose Antonio Sanchez suffered the setback in an opening where they blew up his box in the same first inning, after bowling out two opponents, allowing two hits, and giving up a trio of earned runs.

ariel sanchez5-2 and three trailers, and Yadir Drek, 2-3 with two RBIs, they disappeared the ball beyond the limits of the field.

hanging from the arm of Erlis Casanova, The Vegueros of Pinar they defeated the Lumberjacks of Las Tunas for the second consecutive daythis time 7-0, to stay near the red line that marks the qualifying zone.

The right-footed green-footed once again gave an excellent performance to his present audience in Capitan San Luis, by accepting just two hits to his rivals in eight chapters of work, to lower his clean average to 1.32 and his whip to 0.68, the best in the championship.

Roidel Martínez had the hottest bat in your hands when compiling from 5-3 with double and triple included and three chartered races for the plate, while Olber Pena (1-1) and Lazarus Emilio Blanco (3-1) also scored doublesthe latter to push a touchdown.

The defeat fell on the shoulders of Carlos Juan Viera, exploited without being able to get outs in the fourth inning with six runs to his records, two of them unearned.

The Roosters of Sancti Spíritus invaded the Island of the Pirates and with an attack of 14 bombings they subdued them 10-0 in seven chapters to get even for the defeat of the previous day.

Yunier Mendoza hit a pair of singles in four chances to drive in a trio of runs, Alberto Rodriguez and rookie Alexis Miguel Varona each hit singles to bring home two apiece, and Rodoleisi Moreno went 3-for-5.

The young lefty Ariel Zerquera walked the entire route to the rhythm of three strikeouts and only two hits allowed to get to four successes in the season, and Alberto Hecheverría conceded the setback in a 4.1-inning start where he allowed six touchdowns.

The Chestnuts of Granma they got tired of skating on the grass and managed to placate the winds of the Hurricanes of Mayabeque by defeating them 7-5 in your own backyard Nelson Fernandez for even fight weekend Between both.

Raico Santos hit 4-for-5 with a double and RBI, and two runs were driven in by Carlos Benítez (4-3) and Osvaldo Abreu (5-2), the latter with a tubey included.

Kelbis Rodriguez relieved for 3.1 episodes and although he accepted a couple of touchdowns achieved victory, helped by Carlos Santana, who did not allow freedoms in 2.1 chapters to score the save.

Mailon Cruzin a disastrous outing where home plate was stepped on four times in just 1.1 innings of work, charged with defeat.

For the Hurricanes, Rafael Fonseca went 3-for-5 with a tubey, and Denis Laza and Yasniel González hit a single and a double each. The trio also had one RBI per capita.

In a game colored by the expulsion of seven players between the two teams, the Hunters crushed the Bulls Camagüeyans with a final score of 14-8to accumulate five successes in a row and pass the broom to their rivals in the weekend duel.

14 hits and two runs of six runs throughout the game made it possible for Lázaro Arturo Castro’s disciples to come back from the middle of the game.

Carlos de la Tejeda reaffirmed his batting leadership by connecting single and triple in four visits to the plate with three RBIs to his account, and Luis Henry Llorente (5-1) and Dayán Garcia (3-2), the latter with a double included, drove in two teammates for the rubber.

Michael Martinez relieved 2 1/3 innings with one run allowed for win the matchand Jose Angel Garcia got four outs to get to six saves in the contest already 279 for life, an all-time leader in that department.

Frank Madan, called by the helmsman Miguel Borroto to fulfill the function of fire extinguisherwithstood punishment of nine touchdowns (one dirty) in just three episodes, and he came out defeated.

for the bulls, Alexander Ayala (5-2) hit his eighth home run of the season to tie for that lead In addition to driving in four runs, Leonel Moa (5-2) followed suit to bring two home, and Asniel Fonseca (4-2) also hit another homerthe first of his sports career in the National Series.

In a challenge lasting more than four hours, the Tigres de Ciego de Ávila rebelled in the ninth and beat the Industriales 8-7 capitals, for sweep them into their own shelter of the Latin American stadium where these have lost six of their last seven clashes, and tilt the balance in his favor in the particular duel of the championship.

Yosvany Ávalos came from the bull-pen to put order by retiring four rivals to claim victoryand the rookie Luis Echazábal suffered the setback by tolerating the two annotations that gave the definitive advantage to their opponents.

Raúl González (4-2) and Abdel Civil (5-2) took the ball out of the park with empty sacks, and Dainier Hernandez went 6-4 with double and triple included.

For the defeated Andrés Hernández, Yasiel Santoya, and Oscar Valdés, had a couple of hits eachthe latter with a tubey on his account and a push.

the sugar bowls of Pedro Jova continued unbeatable and they fumigated the Wasps from Santiago again in the Augusto César Sandino until surrendering 9-1to extend to seven his string of consecutive hitsand dominate the series between the two in this campaign.

Yuri Marcos Fernández (4-2) hit his first home run in our domestic championships and drove in three runs, Yurién Vizcaíno drove in two with a single and double four times at bat, and Reidel Pedraza went perfect 2-for-2.

Eriel Carrilo launched two thirds of the game immaculate with only three hits allowed to record his fourth victory of the year, and Raidel Alfonso threw the rest to earn his third save game.

Ediasbel Valentín lasted four innings while giving away four walks, and allowing seven hits and five runs (one dirty), and he was the loser.

For the untamed, Dasiel Seville was the only one managed to score a couple of hits.

Finally, the Guantánamo Indians pounced on the Cienfuegos Elephants at the end of the game and they were knocked down 12-9 in bonus entry, to leave September 5 with a draw in their particular duel.

Frank Navarro pitched the last two innings without accepting annotations to achieve victoryand Lazaro Idael Diaz he left through the narrow door of the stadium by allowing the three runs that marked the coup de grâce in the tenth inning. 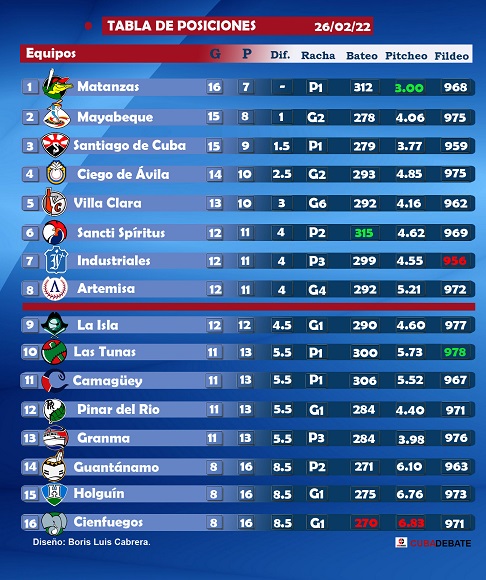 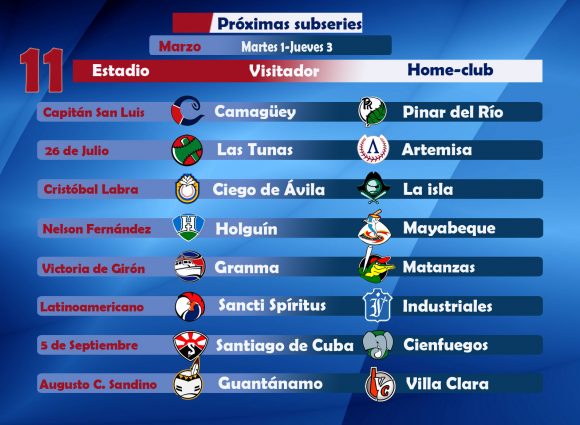 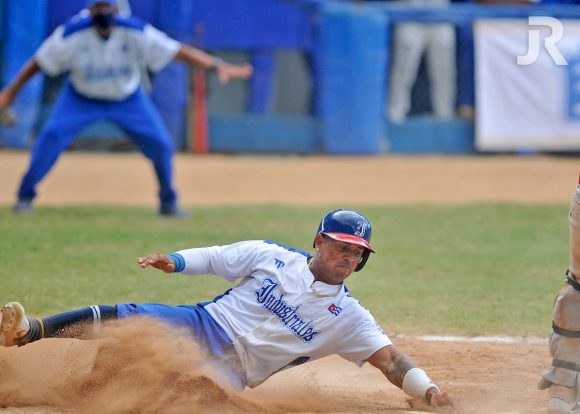 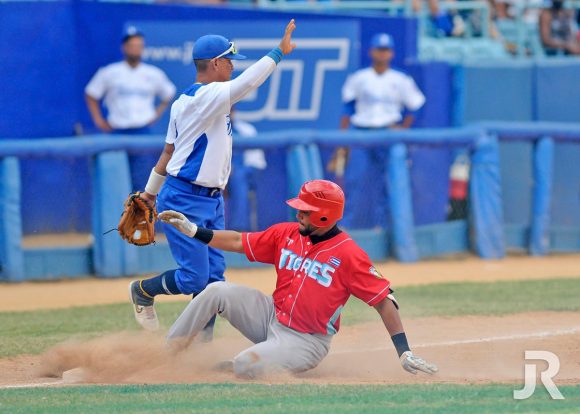 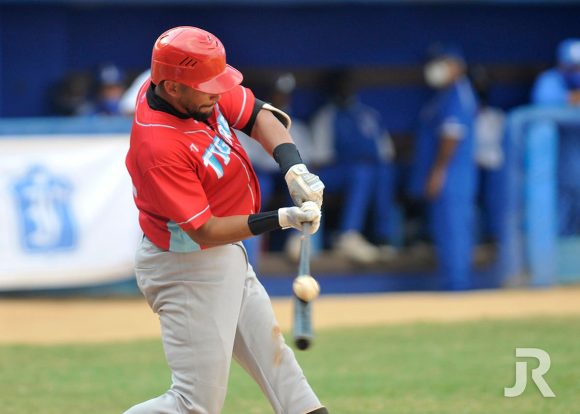