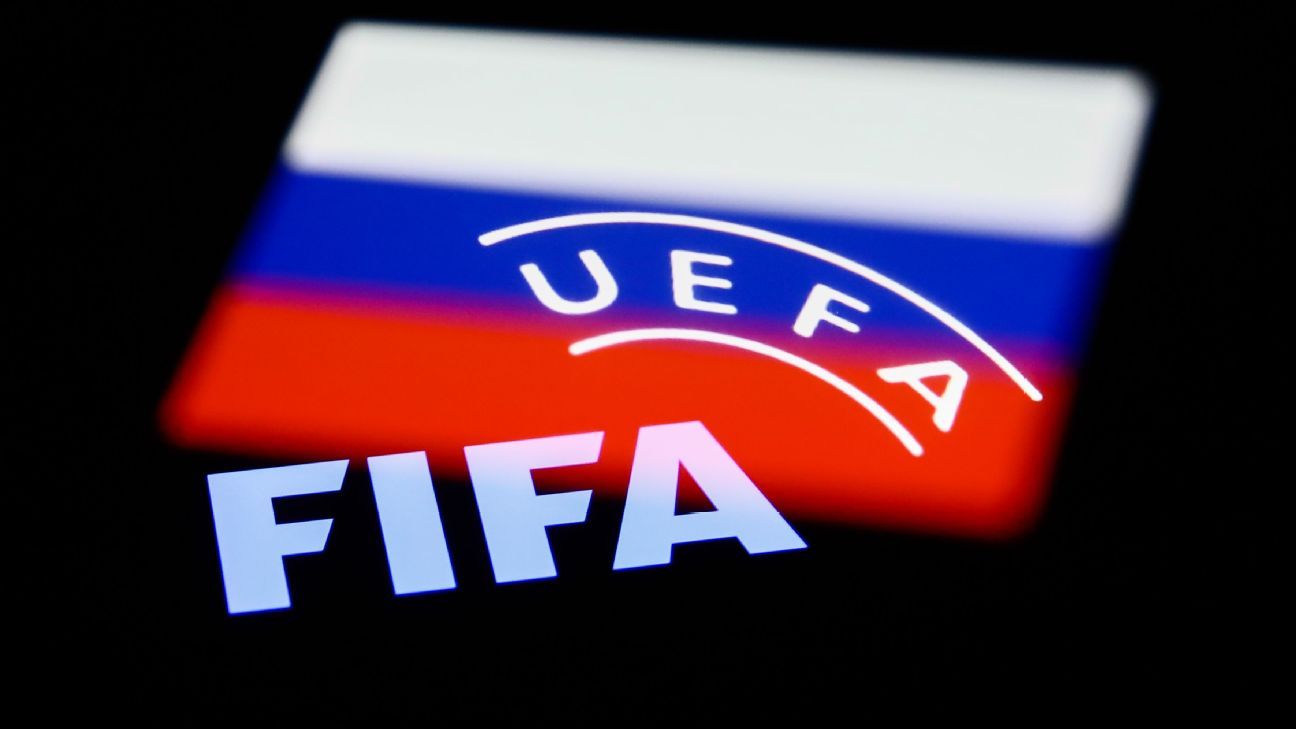 These decisions were adopted today by the FIFA Council Bureau and the UEFA Executive Committee, respectively.

The FIFA and the UEFA They jointly decided to suspend all Russian national teams and clubs to participate in the competitions of both until further notice, which implies the exclusion of Russia from the Qatar 2022 World Cup, for which it had to play the playoffs.

These measures were adopted today by the FIFA Council Bureau and the UEFA Executive Committee, respectively, the highest decision-making bodies of both institutions in these urgent matters, given the invasion of Ukraine by Russia started on the 24th.

“Football is fully united and in full solidarity with all the affected people in Ukraine. Both presidents hope that the situation in Ukraine will improve significantly and quickly so that football can once again be a vector of unity and peace among peoples,” they said. the two organizations in a statement.

The joint resolution of FIFA and UEFA was made public after the recommendation made on Monday by the IOC to federations and competition organizers, so that “they do not invite or allow the participation of Russian or Belarusian athletes or officials.”

The precedent of a similar sanction occurred on October 1, 1992, when FIFA announced the expulsion of Yugoslavia from the qualifying phase for the 1994 World Cup in the USA, as a result of the sanctions against Serbia and Montenegro imposed by the UN for the conflict in the Balkans and that had previously left him out of Euro 92, in which Denmark, which took his place, was proclaimed champion.

The Russian team had yet to play the playoffs to qualify for one of the three European places that still remain for the Qatar 2022 World Cup. Their first match was scheduled for March 24, against Poland at home.

In case of overcoming it, they had to face, again in their field, the winner of the duel between Sweden and the Czech Republic on March 29.

In the Europa League, the Russian team Spartak Moscow qualified for the round of 16, in which they were paired with German Leipzig, to play on March 10 and 17.

So far the federations of England, Albania, the Czech Republic, Denmark, Ireland, Poland, Norway, Scotland, Switzerland, Sweden, France and Wales have announced that they will not face Russia in any competition and category.

FIFA already announced on Sunday, after a meeting of its Council Bureau, a series of measures against Russia, including that no international competition be played in its territory, in addition to vetoing its flag and its anthem.

According to these measures, Russia could only play under the name ‘Russian Football Union (RFU)’ and its matches as a local team would be played on a neutral field and without an audience.

The recommendation made today by the IOC and already adopted by international federations of other sports, in addition to FIFA, aims to “protect the integrity of world sports competitions and the safety of all participants.”

The organization maintained that its desire is “not to punish athletes for the decisions of their government if they do not actively participate in them”, but added that “the current war in Ukraine puts the Olympic Movement in a dilemma”.

“While athletes from Russia and Belarus could continue to participate in sports competitions, many Ukrainian athletes are prevented from doing so due to the attack on their country,” the IOC stressed.

On the 25th and after the entry of Russian troops into Ukraine, UEFA already decided that Saint Petersburg will not host the next Champions League final on May 28 and chose the Stade de France Saint-Denis in Paris as the new venue for the competition.

Official: FIFA suspends Russia from all its competitions, including the Qatar 2022 World Cup