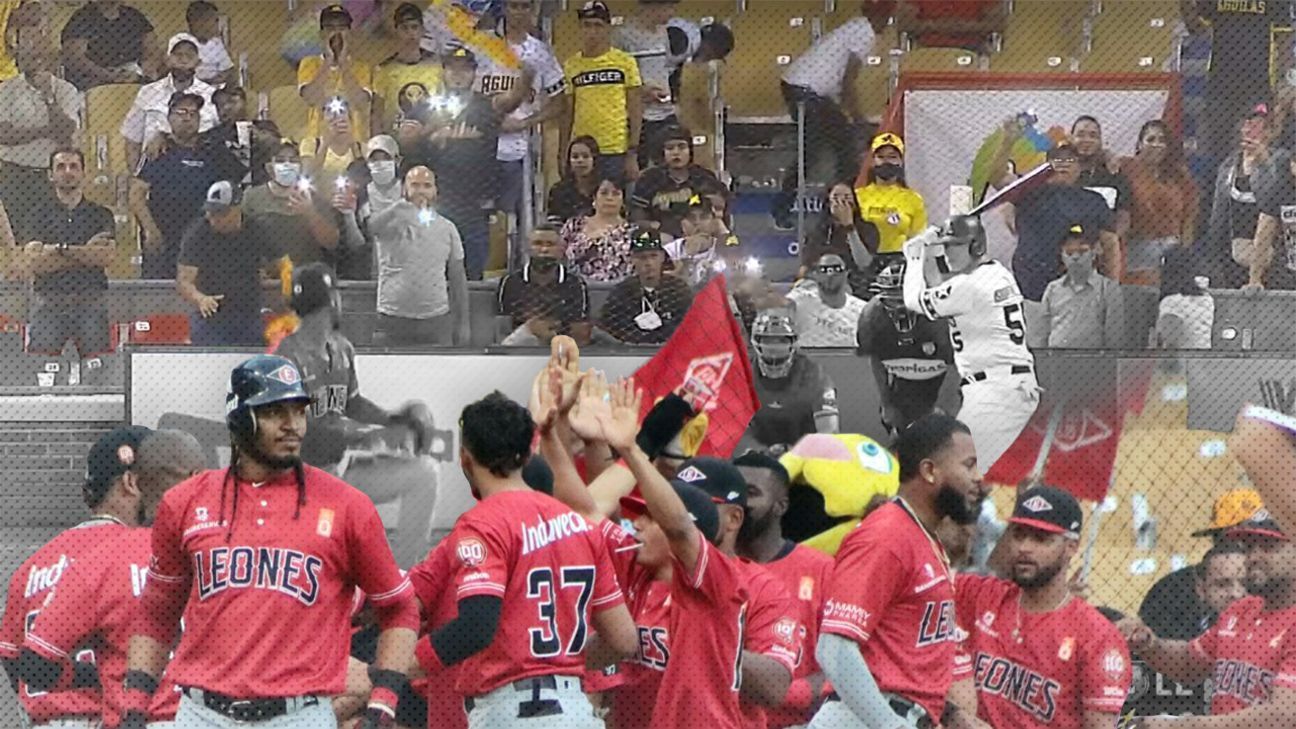 In the final stretch of the game, the Águilas fans turned on the lights of their mobile phones in order to distract the Escogido’s pitchers.

The Lions of the Chosen One they reached the bottom of the ninth inning six runs ahead, prompting many of the eagle fans to leave the Cibao Stadium thinking that the game was one-sided.

But of those who remained, a small group behind the plate came up with a way they could help the team to come back, beyond the chants, applause and shouts.

It could even be considered a nifty way that could have worked: Fans turned on their cell phone lights to try and create some distraction or discomfort for the pitcher on duty.

But is this allowed? The answer is a resounding no and therefore the scarlet leader Ronny Paulino He went out to talk to the referees about it.

This unsportsmanlike attitude from some football fans left a lot to be desired. @aguilascibaenas who lent themselves to this shameful act of using the lights on their cell phones to cause annoyance to the pitchers. @ChooseBBClub. pic.twitter.com/rSEJbY3g3l

“I complained to Félix (Tejeda) that I do not think that is correct since in other stadiums when there are flashes on they stop the game so that the game continues (in a normal way)”, expressed Paulino after the game in which the Lions forced a final match, with a 12-for-9 victory.

The umpires for this match were Yunior Torres at the plate, Marino Vizcaíno (Group Leader) in the initial, Domingo Polanco at second base and Felix tejeda in the anteroom.

These were the responses of the umpires to the manager of the Chosen One after the embarrassing situation of the eaglet public in last night’s game.#LIDOMxESPN pic.twitter.com/zWrw7RpA2w

“What he (the umpire) told me is that there were too many (fans) and they couldn’t control themselves. We didn’t want to get out of focus either and we continued, and in the end God gave us the victory ”, Paulino concluded.

The referees should have taken action on the matter and not allowed this to happen. Fortunately for the Chosen Ones this did not influence the final score, although the injured party could be Dusten Knight, who conceded three consecutive transfers and was charged all three of the Eagles’ runs.

In the end Gerson Bautista was able to get the job done even though he allowed one walk and one hit from the five batters he faced.

LIDOM must take this into account so that it will not be repeated in any of the following games, especially in the final Play-In in case some of the scarlet fans felt they had the right to cause some kind of distraction this Monday with the justification of “in Santiago they allowed it.” It is not correct and should not be repeated.

Should the referees have stopped the game in Santiago because of the ‘flashes’ of the fans?