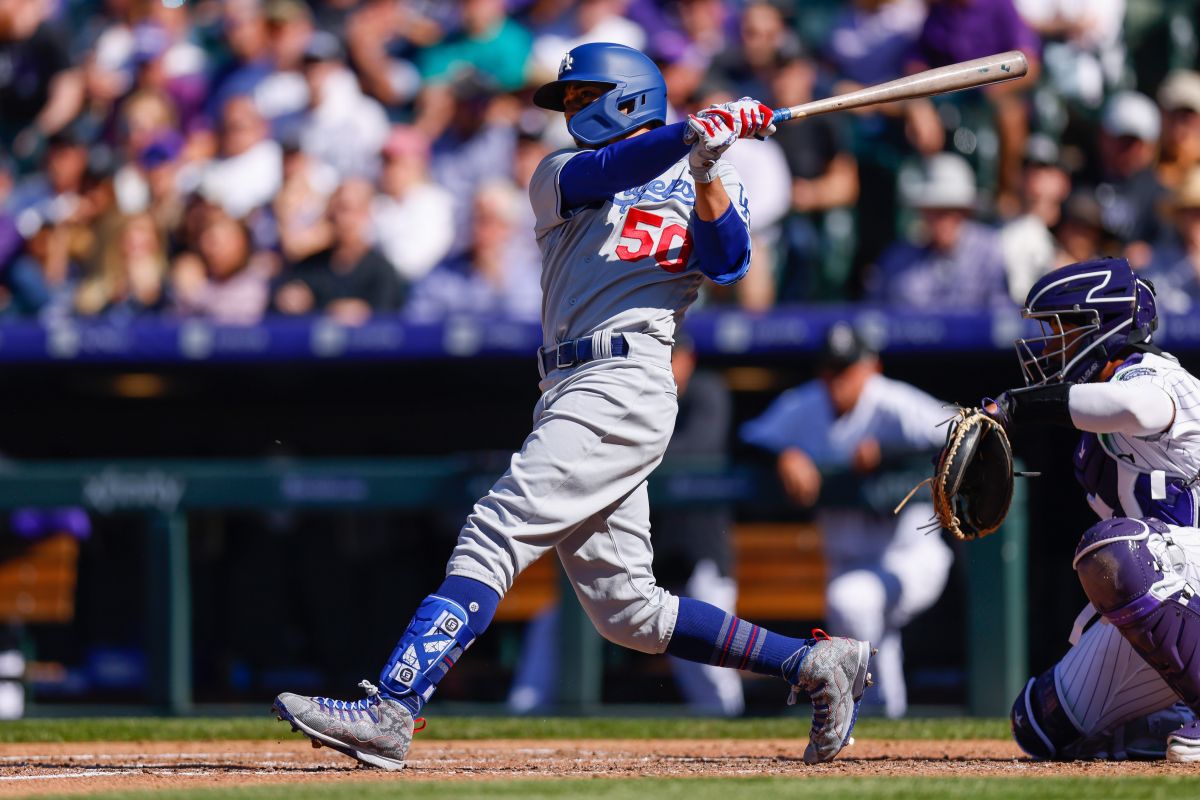 The Los Angeles Dodgers made their 2022 season debut this Friday with a win 5-3 over the Colorado Rockies in Denver thanks to a juicy fourth-inning rally and an outstanding performance from their pitching.

The favorite team to win the National League pennant had the contributions of some of its new stars, such as Freddie Freeman, who had his first hit and scored a run in his team debut, and closer Craig Kimbrel, who earned his first save.

Down 2-0 after the Rockies scored twice off starter Walker Buehler in the second inning, the Dodgers’ bats rang in the fourth inning with two outs: Gavin Lux drove in two runs with a single to tie the scoreMookie Betts put Los Angeles ahead with a double and Trea Turner increased it to 4-2 with another hit.

A wild pitch allowed Freeman –this year’s star signing in LA– add another annotation. The former Braves player also wore his fine glove at first base.

Buehler (1-0) pitched 5 innings with 4 hits, 2 earned runs, 5 strikeouts and 2 walks. Brusdar Graterol, Blake Treinen, Daniel Hudson and Kimbrel combined for the rest of the game with only 1 run and 3 hits in a ballpark always challenging for pitchers.

Kimbrel, the active pitcher with the most MLB saves and who was acquired a few days ago in a trade with the White Sox for AJ Pollock, he managed to finish the game despite getting two hits, including an RBI double by Charlie Blackmon that made it 5-3. A strikeout to Kris Bryant, who made his Colorado debut, was the 27th out.

The Dodgers, who continue the series in Denver over the weekend and then visit Minnesota before heading home for their opener at Dodger Stadium, have one of the strongest lineups in memory, with at least four legitimate candidates for the ‘MVP’ this season: Betts, Trea Turner, Freeman and Max Muncy, plus Cody Bellinger (Betts, Freeman and Bellinger have won it before).

Read more: The Dodgers will need another spectacular campaign from Julio Urías to aspire to the title