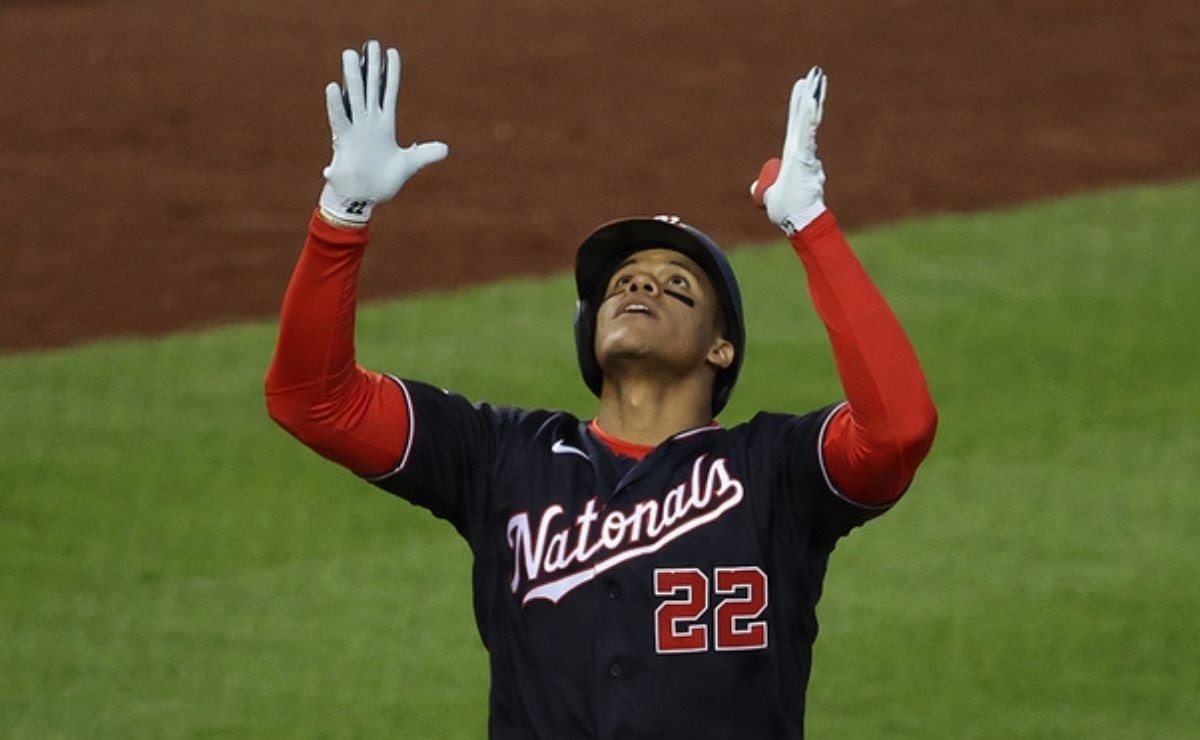 Washington Nationals visited New York Mets on the day of this Tuesday, August 10, corresponding to the calendar of the 2021 Season of MLB. Without a doubt one of the highlights of the meeting was when Juan Soto hit a home run board that silenced the fans who gathered at the Mets stadium.

Juan Soto continues to demonstrate the power he has on offense when he is on fire with the wood and in the game between Washington Nationals and New York Mets it was not the difference, since he hit a tremendous home run.

The outfielder of the team from the capital of the United States blew the wall in just the first inning to advance to his ninth on the board with three runs in his favor and still zero for the home team.

That was the Dominican’s 19th home run in 101 games with the Washington Nationals in the 2021 MLB Season. Also, his batting average is at .297.

Tuesday’s game had to be suspended in the second inning when Nats was 3 to 1. The game’s break was due to rain at the Mets’ home, Citi Field.