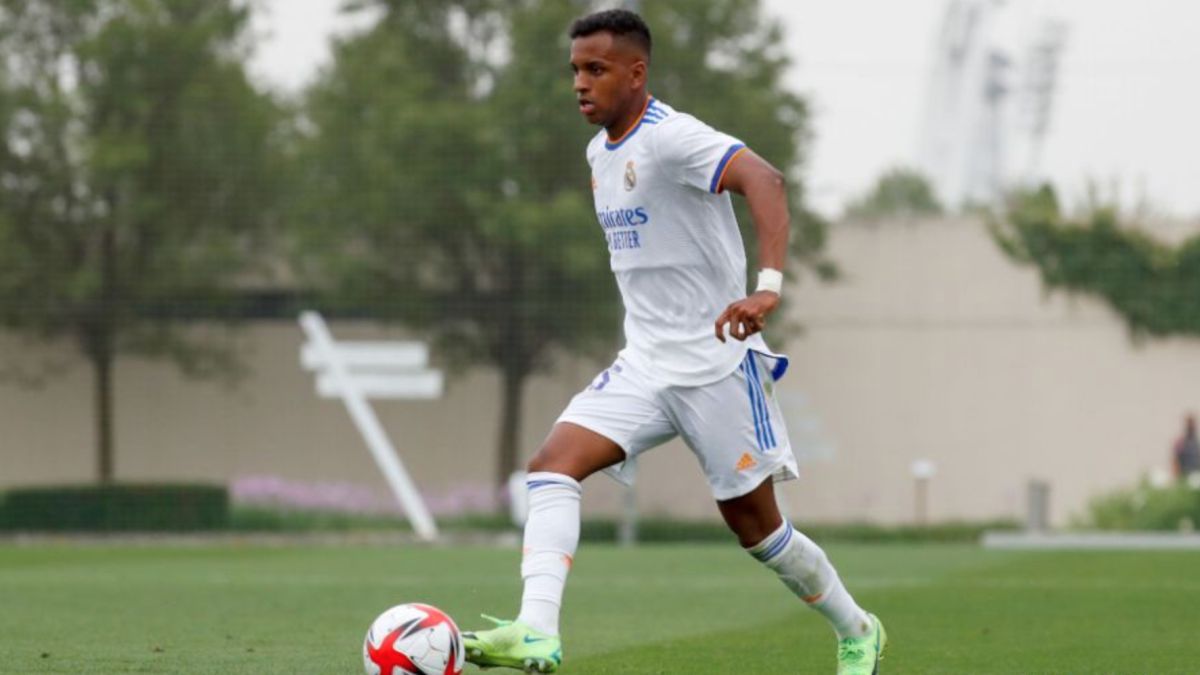 Rodrygo Goes (20 years) has shown Carlo Ancelotti that he is prepared to be important this season. He has been one of the most outstanding players in the preparation that the white club has made, especially in the two official friendlies played. Against him Rangers, in Glasgow, played 69 minutes and scored a great goal after a great cut and a better definition. In Austria, against him Milan, spent 60 minutes on the field of play and left several flashes of quality, despite the fact that he was not entirely successful in the last meters.

His magnificent preseason has not gone unnoticed in the coaching staff, who has surprised with his quality and speed with the ball. Also its great medium and long-term projection. In addition, Ancelotti seeks his team to be vertical in the last meters, and the player born in Osasco, Sao Paul, perfectly personifies that desire, as he has shown in the two preparation tests. His good performance gives him options to start as a starter next Saturday against Alavés.

The objective of Rodrygo This campaign is about increasing his role in the team. The past, under the orders of Zidane, added 1,298 minutes, a good amount considering he was injured for two months. Now he wants to increase that number and be a more common alternative in the attack. Also that of goals, with the idea of ​​helping the team fight for all the titles.

Meanwhile, LaLiga tangles with its number. On the official website of the competition it appears with the 16, but in the club he maintains the 25 who has worn his first two years in white. As AS has learned, it has not yet been decided, and it will be in the first game against Alavés when it becomes clear, since all those to whom a number is assigned must keep it by law.