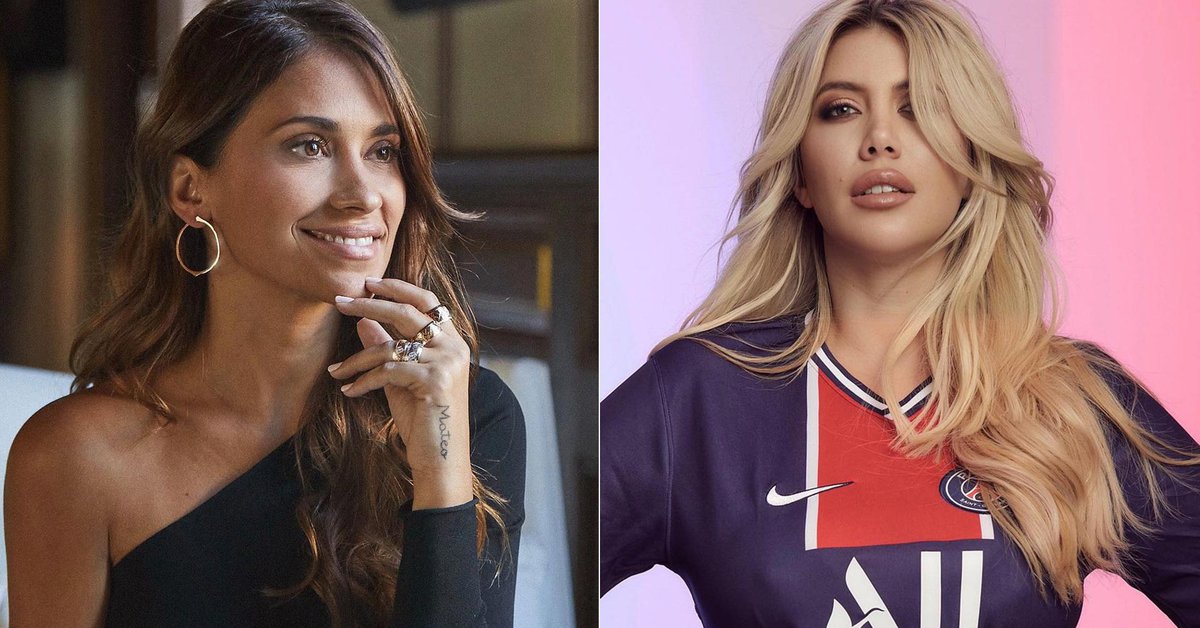 The engines are already running. In the last hours Lionel Messi was officially presented at Paris Saint Germain and in the press conference he gave, he said that his next dream is “to raise another Champions League again.” So that the change of club, which includes family move, change of school and routine, was possible the support of his wife Antonela Roccuzzo and their children Thiago, Mateo and Ciro, was crucial. Not only the Rosario will have to adapt to the new institution but also his entire environment. In that context, the role of the players’ wives is essential to make the new family feel comfortable.

Maybe that’s why Wanda Nara, Mauro Icardi’s wife, has already begun to follow Antonella on her social networks, a gesture that the wife of the last Copa América champion did not return. After her husband’s presentation, she posted a photo of them with their children on the PSG court and wrote: “A wonderful stage is closing but a new chapter full of opportunities opens. ️All changes are difficult at the beginning but together we will continue to write our story. With you in all. We love you”. Evangelina Anderson, Who does not get along with Valentino’s mother, Constantino, Benedicto, Francesca and Isabella was one of the first to comment: “All the best for the family.”

Blonde and brunette, one from the media and the other from a low profile, the two decided to leave their country to accompany their husbands unconditionally wherever they go, but also decide not to just be “the woman of” or to be labeled with the old-fashioned term “booties”, the two ventured into fashion, made their capsules and collections for important brands. For example, they were “together” in February 2020 at Milan Fashion Week, although together it is only a way of saying, since according to those present, they did not even say hello.

At that time it was said that Zaira’s sister She would not have liked the mistreatment that her husband had in the Argentine National Team after not being summoned by Sampaoli to play in the 2018 World Cup in Russia and that is why the rigidity with the captain of the National Team and with his wife, due to a transitory nature.

Users of social networks often compare the looks of Antonela Roccuzzo and Wanda Nara. Here, Messi’s wife with torn jeans
The users of the networks pointed out that Icardi’s wife wore torn jeans, like Lionel Messi

“Mauro is very calm. He is sure that his moment will come later. Mauro spoke with Jorge and told him ‘if you can’t do anything for me, don’t worry, when you need me I’ll be there’. Those were Mauro’s words. And I know that what Jorge always stands out is what many people question about Mauro. Jorge told him ‘as a person I have nothing to say about you’. The truth is that I already knew that I was not going to be on the list. Maybe Mauro had more hope ”, The blonde said in 2018 after knowing the list of summoned.

Then he added: “My peace of mind is that Mauro is the future ‘9’ of the National Team and is the ‘9’ of Jorge Sampaoli. Perhaps now is not the time, but he calmly waits for the chance to come. There are things that have no explanation. Today what is happening with Mauro is an injustice, he deserves to be there ”.

If until then the relationship between them was little, as of 2018 it was null. Without crossing paths on the court or at events, the women had nothing, or almost nothing, left in common to be able to establish a friendly relationship. Which today, since their husbands will work together, should change, at least to maintain harmony in the French league team.

To the little wave between them two factors are added: Antonela’s cordial relationship with Evangelina Anderson –with whom Wanda has had differences since she was a teenager- after her partners shared a team in the National Team and the rivalry that was generated in social networks, fed by their followers who often compare the photos and looks of both constantly and give their opinion on who each style fits best.

Wanda has already taken the first step to change the relationship with Antonela, or rather start it. It will be necessary to see if the Rosario returns the gesture and what will happen when the two Argentines finally cross. Will there be a match?

Ignacio Pérez Tomasone, the famous obstetrician whom Pampita came to by “word of mouth”: “Carolina’s story made an impact in the delivery room”
They release an unpublished video clip by Gustavo Cerati on the day the musician would have turned 62
Santiago Borda returned to La Voz Argentina after having starred in a confusing episode of domestic violence