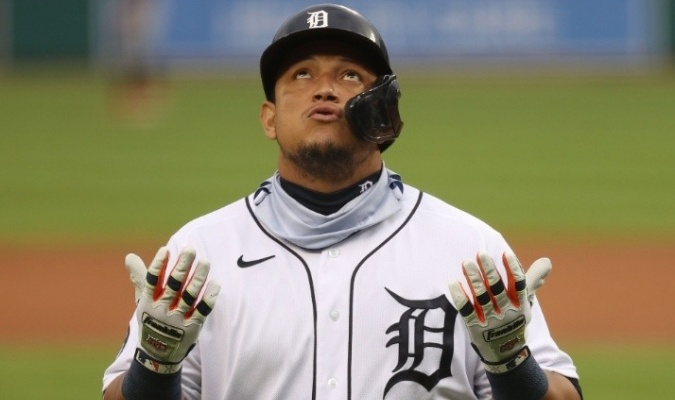 Although in the short term there is no perceived quick solution to the lockout that envelops the 2022 Major League season in an enigma, it is worth paying attention to the projections of prestigious statistical portals, such as BasebalReference and Fangraphps, especially in the case of Miguel Cabrera.

With his current numbers, the Elder Tiger has various legends and importables of the best baseball in the world under threat.

Also read: Miguel Cabrera and how the employer strike affects the arrival of more feats

Now, according to BasebalReference, the boy from Maracay would have some 525 plate appearances this year, while Fangraphps estimates it would be about 473.

When it comes to turns with the wood, Miggy accumulates 9,625 (position 42). BasebalReference projects him 469 chances and Fangraphps 428.

Also read: Henry Blanco and his pitching namesake in the MLB

Regarding hits, the Venezuelan has 13 left to add 3,000; in BasebalReference they consider that he would give 117 and in Fangraphps 106.

When mentioning the doubles, the Creole accumulates 597, being the 18th in history. BasebalReference predicts that he will give 17 and Fangraphps 12. That would surpass Barry Bonds, * Cal Ripken Jr., * Paul Waner and * Paul Molitor.

On the other hand, his 1,199 walks make him number 61 all-time. BasebalReference and his projections give him 43, while Fangraphs 34, which would add more than Lance Berkman, *Pee Wee Reese, Dave Wilfield, and Jim Wynn.

So far, Miguel Cabrera has a total of 5,124 bases that allow him to be number 18 of all time. At BasebalReference they believe that this year he will add another 179, that would be suitable to pass Cal Ripken Jr., Dave Winfield, and Ken Griffey Jr.

Also read: José Altuve would be an Astro for life

Miguel Cabrera: Who would he beat in 2022 according to BaseballReference and Fangraphs?