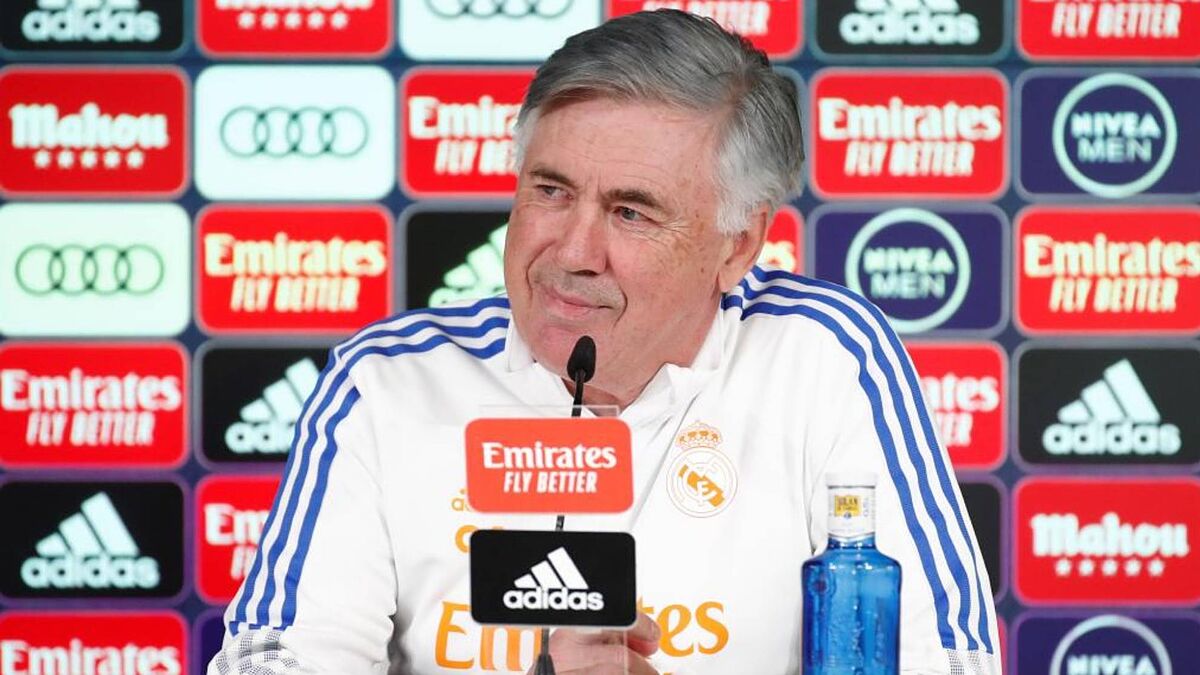 yesin Kroos and without Valverde. ace face Carlo Ancelotti the game against Real Sociedad, for which he does not want distractions despite the fact that PSG arrives on Wednesday. The Italian appeared from the Valdebebas press room to analyze the league duel against the royalist team and left the good news that the German is not one hundred percent ruled out.

His feelings before the game against Real

“My feelings are good. I see commitment, enthusiasm… We are ready for this important part of the season. La Real plays good football, but I am confident because I see the team doing well”

“I think that Kroos is a small problem and that he will be against PSG. Valverde will be safe against PSG. They have been training until recently and I think they will not have any problems”

“Alaba is fine and plays tomorrow without a doubt”

Are you happy with the management of the team?

“I haven’t done it perfectly or as badly as some say. I’m honestly happy with the work we’ve done together, with the doctors, the physios, the physical trainers… We’ve reached a point in the season where we want to be. happy for not being in the Cup, that we fell without the Brazilians, with Karim’s injury… But in the League we are fine and we have a minimal disadvantage in the Champions League. We are excited and have gone four games in a row without conceding a goal. It’s called solidity”

Do you feel responsible for Kroos’ injury?

“Toni Kroos rested against Alavs, so it’s not a problem of tiredness. It’s a bit of bad luck. Right now we don’t have many problems with injuries. Kroos is going to stop for five or six days. Having these kinds of injuries At this point it means that we have handled the physical aspect of the squad well. I am convinced of this”.

how do you live these days

“I live these days depending on how the team trains. And my mood is very optimistic, because I see the team that is working very well”

“The plan we have is the one for Real Sociedad, which is what we have worked on today and I hope it goes well. And then there is the plan against PSG, which I hope goes well too”

Has the level of LaLiga dropped?

“It is true that now you don’t need so many points to win LaLiga. That is either because the big ones have lowered the level or the ones below have raised it. I see a more even League, with good teams, with coaches who control the details well … For me this means that the Spanish league has improved”.

Substitutes for Fede and Kroos

“We have almost the entire squad ready. I’m not going to change the system. We’re going to press harder, that’s true. I’m going to choose the best possible team against PSG”.

Bale, two years without playing at the Bernabu

“This information surprises me, yes. Bale played against Villarreal because Benzema was not there, but now he is and well. I am not going to make a team thinking about PSG, tomorrow is a final for us”

“He’s happy, excited. The pivot position has cost him more, because it’s a very tactical position. But I’ve been the one who forced him to play there. As a midfielder he can take advantage of his energy more. Tomorrow is an option”.

Ancelotti: “I haven’t done it perfectly or as badly as some say”