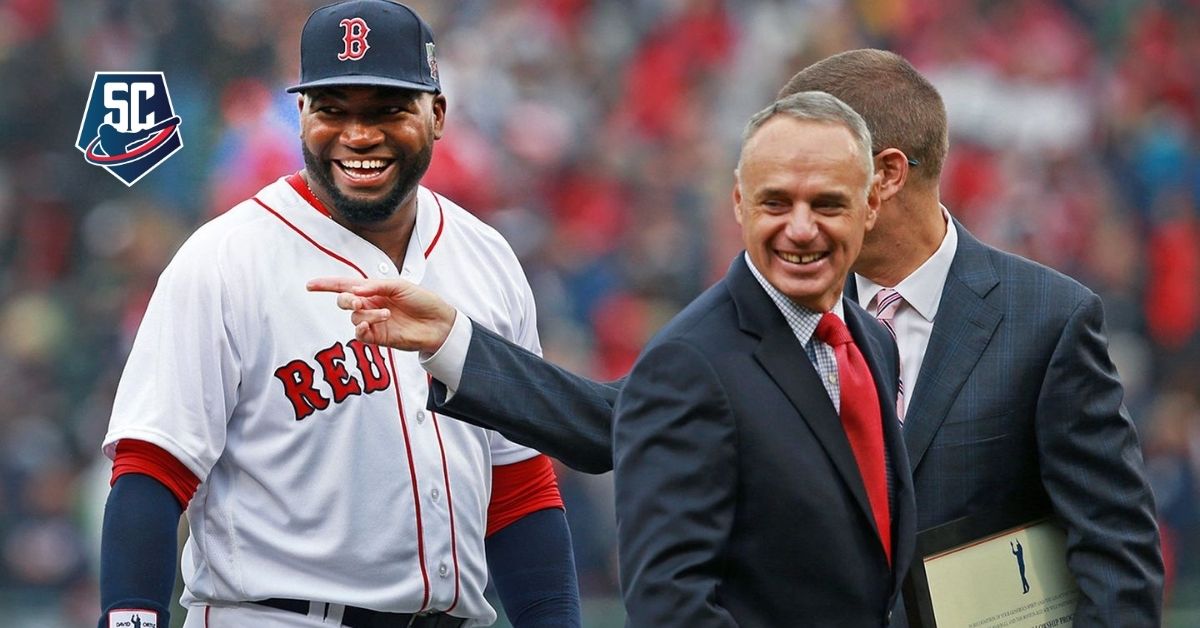 The current commissioner of the MLB, Rob Manfred has spoken out in favor of David Ortiz. So far, the Dominican exceeds 75% of the votes according to the revealed ballots and everything seems to indicate that he could become a Cooperstown immortal in his first year of eligibility.

But not everything is as simple as it seems when it comes to Big Papi. It turns out that the Boston Globe journalist, Dan Shaughnessy, presented a ballot where only Jeff Kent’s name was marked, thus including Ortiz in the group of those linked to the use of steroids. He was the only Boston Globe writer who did not vote for Ortiz.

Shaughnessy explained why he didn’t vote for the eternal Red Sox clutch:

“It may seem fair or unfair, but I have never voted for anyone who has been caught using performance-enhancing substances or appears to have an unfair advantage from their use. In my opinion, Ortiz will win the ticket when the vote is revealed on January 25, I’m happy for him. But it doesn’t have my vote, because I’m trying to be consistent. Big Papi failed the MLB baseline test in 2003. The commissioner asked us to ignore that failed test. A presidential pardon that was not granted to Sosa, A-Rod or Manny, who also failed the same test. I didn’t vote for the others, I didn’t vote for David either.”

These types of statements always leave doubts, the voters have their point of view and although we do not entirely agree with their decisions, it is something that must be respected. However, MLB Commissioner Rob Manfred made some statements that can be interpreted in a different way than expressed by Shaughnessy.

“There is no real evidence that David Ortiz has taken steroids. The anonymous tests of 2003 were not reliable, nor did they have scientific rigor…. During his entire career, Ortiz never failed a PED test,” Manfred said.

Then? Did the great Big Papi use steroids or not? If it is true that he used it, why did he and the others not? Since this issue of the use of prohibited substances has gotten out of hand, the Hall of Fame should start thinking about finding a solution to this matter. For the moment the controversies will continue…..

oh! I almost forgot, on this day, but from the year 2003, the Red Sox signed David Ortiz.

Manfred SPOKEN: Did David Ortiz use steroids? Is your election to the Hall of Fame in jeopardy?