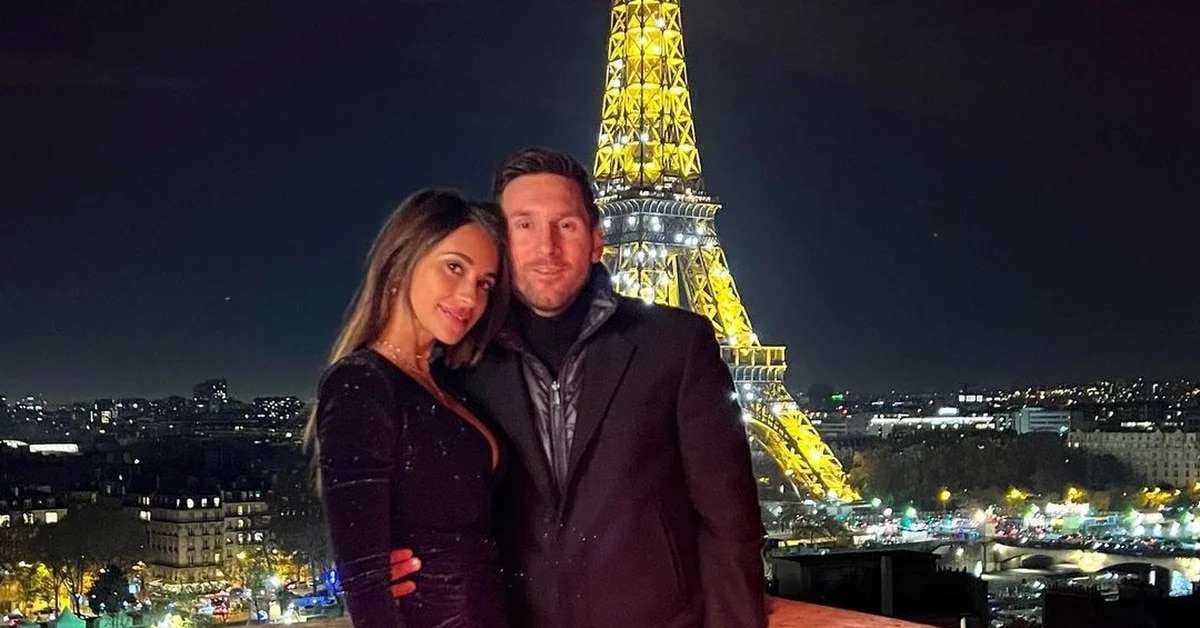 One of the big questions when Leo Messi decided to sign for him paris st germain was linked to his personal life in the capital of France. After 23 years in Barcelona, ​​the Argentine star and his family were forced to emigrate to a new city. A few days after the six month anniversary of his landing in Paris, the local press has published an article that highlights its simplicity.

Messi, beside Antonella Roccuzzo and his children –Thiago, Mateo and Ciro–, resides in Neuilly-sur-Seine, a quiet city located in the department of Altos del Sena, in the metropolitan area of Paris. the french newspaper Le Parisian explains that the seven-time Ballon d’Or winner lives in an area where there are many people who don’t know anything about football and that this allows him to carry “The life of a common citizen who landed, with his wife and children in Paris”. After his first weeks at hotel Le Royal Monceau, the Argentine chose a town house on a busy street but away from the hustle and bustle of the surroundings.

Lionel Messi and Antonela Roccuzzo like to go out to dinner at a restaurant in Paris.

Your current home is very different from the one you have in Castelldefels, Catalonia. He doesn’t have a swimming pool, soccer field or a huge garden, he lives in a three-story property in that area where the wealthiest families in the capital are. They look for him there every morning to go train Camp des Loges.

“Unlike Barcelona, ​​where I used to go alone to the Blaugrana club’s training center, he is not the one who drives every day. But one detail says a lot about his state of mind, assures us a privileged observer. While the majority of those brought to training sit in the back of the vehicle, often sits next to the driver in the passenger seat”, reveals Le Parisian.

“He is one of those who always says ‘hello, thank you and goodbye’”, explains an employee of the club, who also revealed that Messi asked not to have any preferential treatment on a day-to-day basis so as not to feel left out. The security service agents did not hide their surprise at Leo’s warmth, considering that not all figures of his magnitude carry themselves with the same humility.

Even if Leo Messi he still chooses not to move too much around the neighborhood and there is little chance of finding him in local businesses considering the passionate reactions that would be generated when seeing him on the street, meeting him is not impossible because he usually goes mostly to look for Thiago, Mateo and Ciro to school. He also takes them to their sport activities. Thiago (9 years old) and Matthew (6) have been incorporated into the PSG football school.

Messi playing soccer with his children at his home in Paris.

An employee of a company that advises players of the PSG told the newspaper Le Parisian that Messi She doesn’t take French lessons because most of them in the locker room speak Spanish and she also has a good understanding of English, which allows her to move with some ease, although she does help her children with the language. “It is perhaps at home where he tests our language the most, in the company of his boys who study it in class. Exchanging phrases in French in a joking tone would have even become a moment of relaxation and fun between the star and her children in the heart of a home where she spends most of her time, “they pointed out.

It also has tries to take advantage of the nightlife of Paris. has not yet accompanied Antonella Roccuzzo to fashion shows but usually frequent some good restaurants, among which stands out the business that is owned by Marco Verratti in the heart of the capital. He has also been part of an event with teammates, such as the Ander Herrera’s birthday.

“Messi has surprised by his simplicity since his arrival in France. Messi continues to be a simple, respectful and considerate man”, highlights the local press. While he was recovering from COVID-19 could not receive visits from his friends as Di Maria, Paredes and the others. But, fortunately, his recovery is now a fact and he was able to resume his “ordinary life”. “When I heard that the best player in the world was coming to the neighbourhood, I thought I’d go slip a welcome letter in the mailbox. Finally, I did not do it”, said one of his neighbors in dialogue with Le Parisian .

A former English footballer revealed that Lionel Messi wrote to him privately for criticizing his signing for PSG: “He told me I was a donkey”
Pochettino announced Messi’s return against Reims: “We are happy that he is with us”
Ángel Di María, intimate: criticism of PSG and Messi’s adaptation to the locker room
Follow the “Messi effect” in PSG: the club’s astronomical profits after adding eight new sponsors

Walks with his children, gestures with PSG employees and dinners with Antonela: the details of Messi’s daily life in Paris