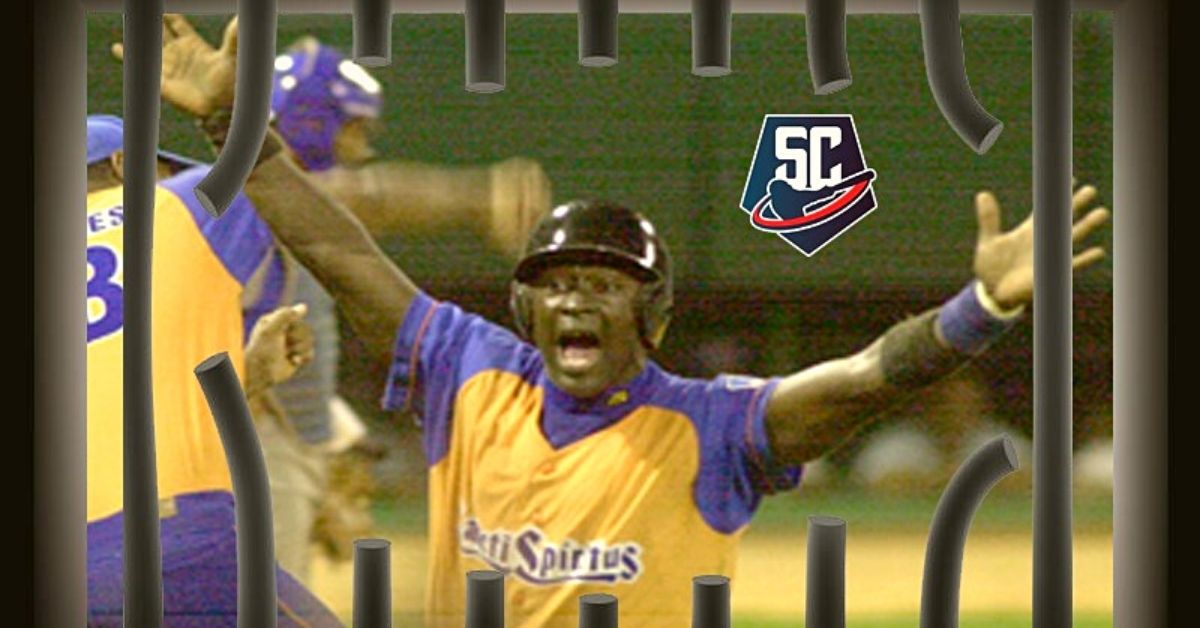 The start of the new week brought good news for a Cuban baseball player, his family and friends, after being released on parole this Monday, as several sources close to him confirmed to me.

This is former Sancti Spiritus receiver Reinier Yero Deliano, Cuba’s top slugger in the 2003-04 season, who was sentenced in 2017 to 11 years in prison after a court found him guilty of two crimes.

The native of Cabaiguán was sentenced to all that time for a joint sentence for human trafficking and illegal currency trafficking.

It may interest you: Javier Sotomayor DENOUNCED a serious crime against him

Fortunately for him, his good behavior led him to be transferred a little after a year to a less secure prison in Sancti Spíritus itself, with the possibility of receiving a pass later.

In fact, at the end of 2021 he was able to be with part of his family and return to the detention center in the first days of January, news that we opportunely reflect here in Swing Complete.

Yero was related to the operation that ended in the break with Cuba of the Gurriel brothers, among other players who sought the way to sign a contract in the United States. They also blamed him for a movement of dollars with a hostel in his native province.

The player who stood out for being one of the figures with the most offensive power in that generation of the Gallos de Lourdes Gurriel in the first decade of the current century, will soon be reunited with his Venezuelan wife and three children after a long time without seeing them.

It may interest you: Cuba OUT of the Basketball World Cup after DEFEAT against Puerto Rico

Yero has Venezuelan residence, since he lived in that country for a long period of time after retiring from active play in 2008.

By law, he still has five years left on his sentence, which he can spend on the street. However, according to the very sources that informed me about the ex-player’s release from prison, Reinier is not currently allowed any type of relationship as a baseball coach.

Reinier Yero played with Sancti Spíritus in the National Series for 13 contests, between 1995 and 2009. In that time frame his two main seasons were in 2002-03 and 2003-04 when he hit 16 and 19 home runs respectively. It was in this second campaign that he achieved his main individual merit by commanding that department in the entire baseball contest.

The other famous case in terms of the sporting relevance of a player with a similar cause was that of former Mayabeque pitcher Lemay de la Rosa, who has been working in baseball for years after serving the sentence that was imposed on him.

It may interest you: In HAVANA itself: Tribute to Yuli Gurriel reached a DECISIVE MOMENT