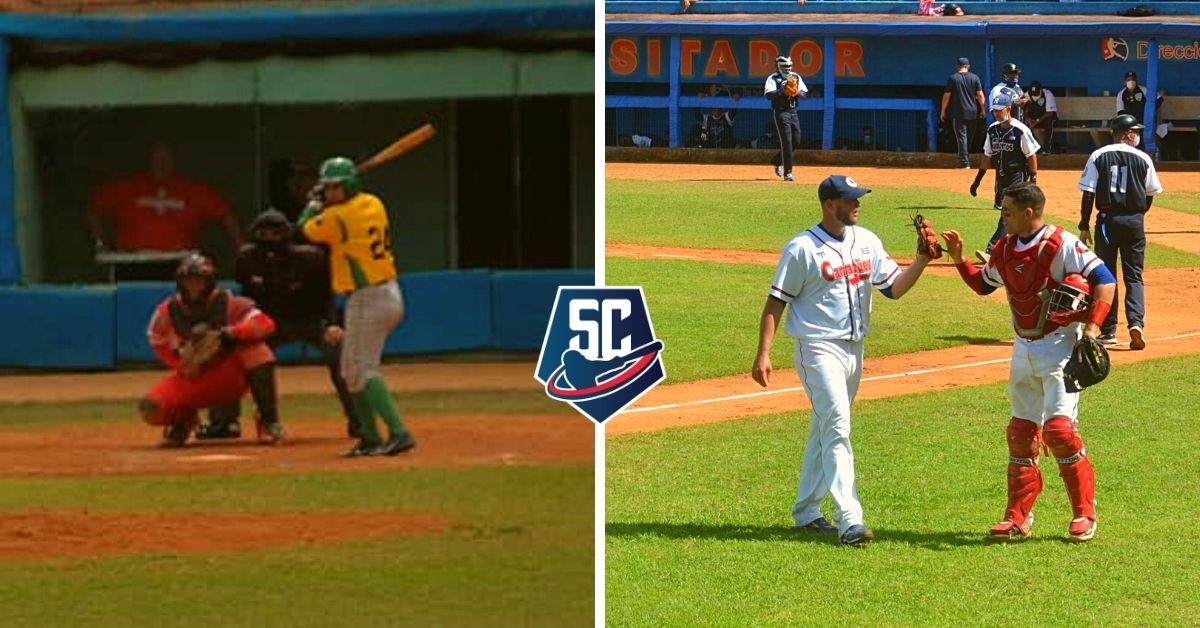 Very closed meetings were held on the afternoon of this Tuesday inside the 61 National Baseball Seriesleaving even more closed the fight for the outposts that guarantee to be in the postseason.

An extraordinary duel of starters, something rare in this tournament, could be enjoyed at the José Ramón Cepero stadium in the center of the island when right-handers Javier Mirabal for the Azucareros and veteran Dachel Duquesne for the Tigres managed to walk seven innings.

Undoubtedly, the pitchers of both teams felt the good work of both pitchers when hitting home plate between the two teams only once.

You may also like: The next Cuban MLB star has a name: At 99 mph Zulueta impresses

Mirabal, who has been leaving a great performance so far, endured three hits with only one clean score on his account while giving a couple of strikeouts and the same number of walks.

For his part, Duquesne, despite enduring eight indisputable matches, managed to get out of the complications to only agree to the visitors putting a race on the board.

The only run by Pedro Jova’s troops came in the fourth inning when, after two outs, Yuri Fernández doubled to right and then Ariel Díaz singled to center-back that drove in his teammate.

The definition of the match came in the eighth inning when two hits, four walks and an error by the Villa Clara defense were combined for those led by Yorelvis Charles to get three annotations.

The victory in the match went to the account of Yairon Martínez, who came on as relief, while right-hander Vladimir García scored his first save of the campaign. For his part, Raidel Alfonso charged with the second setback of the campaign.

Since the departure of many of the main figures in the national runner-up squad, they have not been able to stabilize a successful step like at the beginning of the season where they managed to climb to the top of the standings.

On this occasion, the Matanzas fell with a score of 6 × 5 against the Toros de Camagüey.

The yumurinos came out ahead on the board against the shipments of the spectacular starter Juan Contreras when scoring in the first two chapters, where the home run by first baseman Yariel Duque stood out in the second inning.

The Camagüey equalized the actions in the bottom of the third thanks to three hits including a triple by waiter Jorge Álvarez.

Both starters managed to walk until the fifth inning, the local Contreras with five earned runs allowed where his lack of control influenced by granting seven walks while Entenza for the crocodiles jumped off the mound with four runs allowed and nine hits allowed.

With the score even, came the bottom of the eighth inning where outfielder Leonel Moa hit a triple throughout the center field and was later towed by his compatriot Luís González with an unstoppable hit to the same area of ​​the field.

The success in the game went to the account of Ángel Luís Márquez who worked three innings and a third in relief with only one single allowed while Carlos Álvarez was charged with failure.

Vegueros in full ascent are still in the classification zone

The team that represents the westernmost province of the country achieved an important victory with a scoreboard of 8×7 against the Holguín Cubs at the Calixto García stadium.

On this occasion with many problems in his pitching due to the early departure of his starter Yaifredo Domínguez but with a solid offense of 14 hits with a highlight for his third striker Lázaro Emilio Blanco who shot three singles in four at-bats in addition to adding three touchdowns.