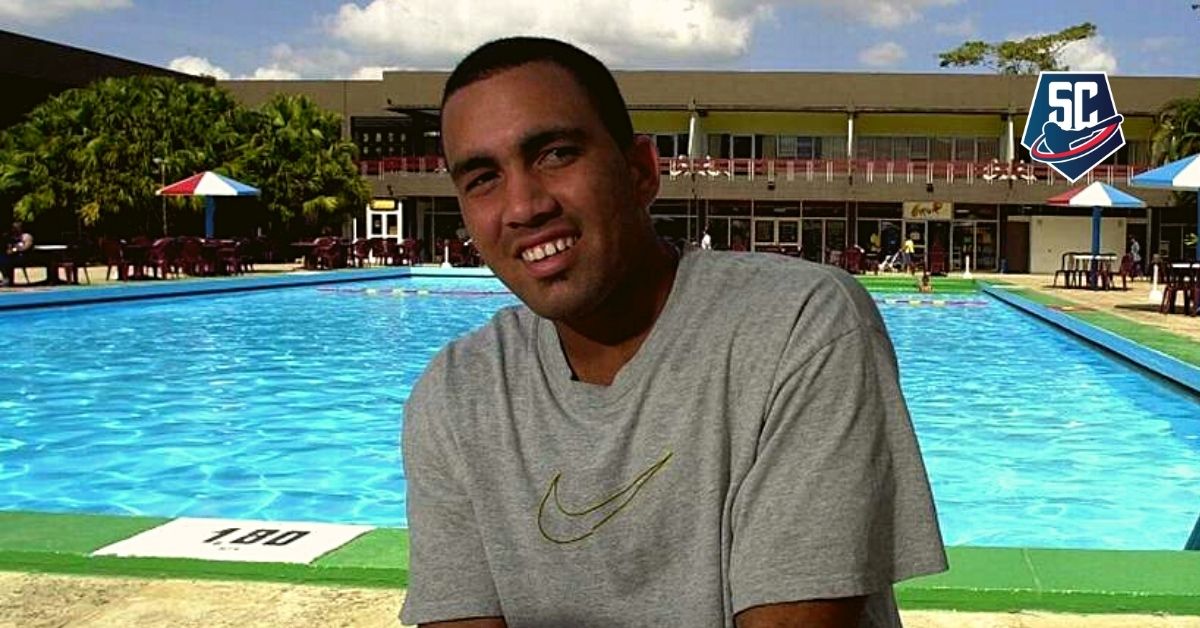 The legendary Argentine musician Carlos Gardel said in a fragment of one of his most famous songs that “twenty years is nothing”, which later became one of the phrases most used by Spanish speakers.

But from 2002 to date it has rained a lot and within Cuban baseball those waters have left everything in their path, including a Kendrys Morales who went through many good and bad things during these two decades of a life that so many people were in. earring.

I don’t know what the retired player is doing and saying today, but what remained for the story thanks to Ian Padrón and his documentary “Out of the League” was what the legendary former player said that January 6, 2002 in a room from the hotel “Balcón del Caribe” in Santiago de Cuba.

“I would like to see these images 20 years later to remind myself …”, was part of what was expressed to his roommate Javier Méndez and the filmmakers of the renowned audiovisual on the Industrialists, when he was preparing to start a few hours later an unknown path but that would have a considerable impact in him and in millions of people.

That January 6, 2002 is one of the dates that deserve more importance in the contemporary stage of our ball, especially for two main reasons. Or rather two figures that transcended the provincial environment. I just wrote about one while the other case was also part of the capital’s team with great prominence, so much so that it was its director Rey Vicente Anglada.

There were several elements in common, among other things because the two were part of the same that Sunday afternoon in which Industriales and Santiago de Cuba inaugurated the National Series in a packed Guillermón Moncada stadium. But even with that and with other aspects that made them coincide, each one had its own situation.

That January 6, Anglada had his birthday and not only made his debut as a manager in Cuban baseball, but he was again treading on ground at this level and officially 20 years after being unfairly separated from the diamonds of his country. And not only that, but he was even imprisoned for almost three years for an alleged involvement in gambling that no one has been able to verify to this day.

Kendrys’s story was somewhat different. He also made his debut in the Industriales uniform, but as a player, there was an expectation around him as great as what ended up arousing that year with him. The fame that the natural from Fomento brought from the minor categories was as great as the results he left in a joust in which he was a real sensation. That day had a somewhat cold start with a hit as the happiest moment already at the end of the challenge, but it would not be even remotely the reality that from the next game against Metropolitanos it would begin to be felt throughout Cuba.

It may interest you: Kendrys Morales: «A whole past era was better»

Overnight and based on pure talent, the then noble boy who had arrived in Havana years ago with his mother, was the great attraction among so many stars that made up the most mediatic team in Cuba. He hit two-handed, homered, ran well, had a fearsome arm, and was able to play third base and outfield, and even stand out from the box. He did everything well and more than that, excellent.

Five records for debutants in notable departments (hits, runs, RBIs, home runs and slugging), although if we start counting all those less managed sabermetric and traditional parameters, the total of primates for debutants would pass ten. It is key to note that these figures were also among the best in the entire championship regardless of condition.

As I said before, it was a different day for the protagonists of my writing. The birthday gift and “Three Kings Day” for Rey Vicente was quite bitter. Santiago de Cuba achieved a 7 × 2 victory before his audience with pitching by Norge Luis Vera and a homerun by Pedro Poll. For Anglada and the Lions the rest of the season was one of many ups and downs in every way. And although he qualified for the playoff in a stormy way, the elimination against Pinar del Río in the quarterfinals was loaded with nuances with a rather tragic definition.

In addition to the individual results that led him unconditionally to the Rookie of the Year title, Morales was included in the national team as a fourth batter and everything that he generated in the media gave him an enormous popularity among men and women, among industrialists and non-industrialists. What happened to Kendrys was something indescribable and possibly unique in Cuban baseball. I’m not talking about better than anyone, but that it became a true phenomenon on and off the field in every corner of the country, none of us who lived through that event can doubt it.

A year later everything would begin to change drastically. Everything but his talent, results, and popularity. That led over time to start a new path in a completely different place where, although bad luck batted with him almost all the time, only those colossal natural conditions led him to triumph in the best baseball in the world. His story is worthy of a movie, which I understand there have been several with the intention of carrying it out.

It may interest you: Kendrys Morales, the Royals and a historic World Series

Today Kendrys lives a life in absolute tranquility and anonymity in South Florida, with few players having access to him. Almost nothing has been known after his retirement from the majors and from baseball in general, and if he has spoken in public very few have heard of what he said.

But those lucky ones who have access to it and read this article remind them that it arrived on January 6, 2022, and that one of the gifts that the “wise men” brought them was the memory of those words that were recorded for history in a moment where he never suspected what would happen next. If he were to see or remember that moment again, on the one hand, there will be nostalgia for a beautiful time that will not return, but at the other end of the batting box is the transcendence that he achieved at the discretion of many, and that will keep him forever as one of the most important Cuban players that have ever existed.