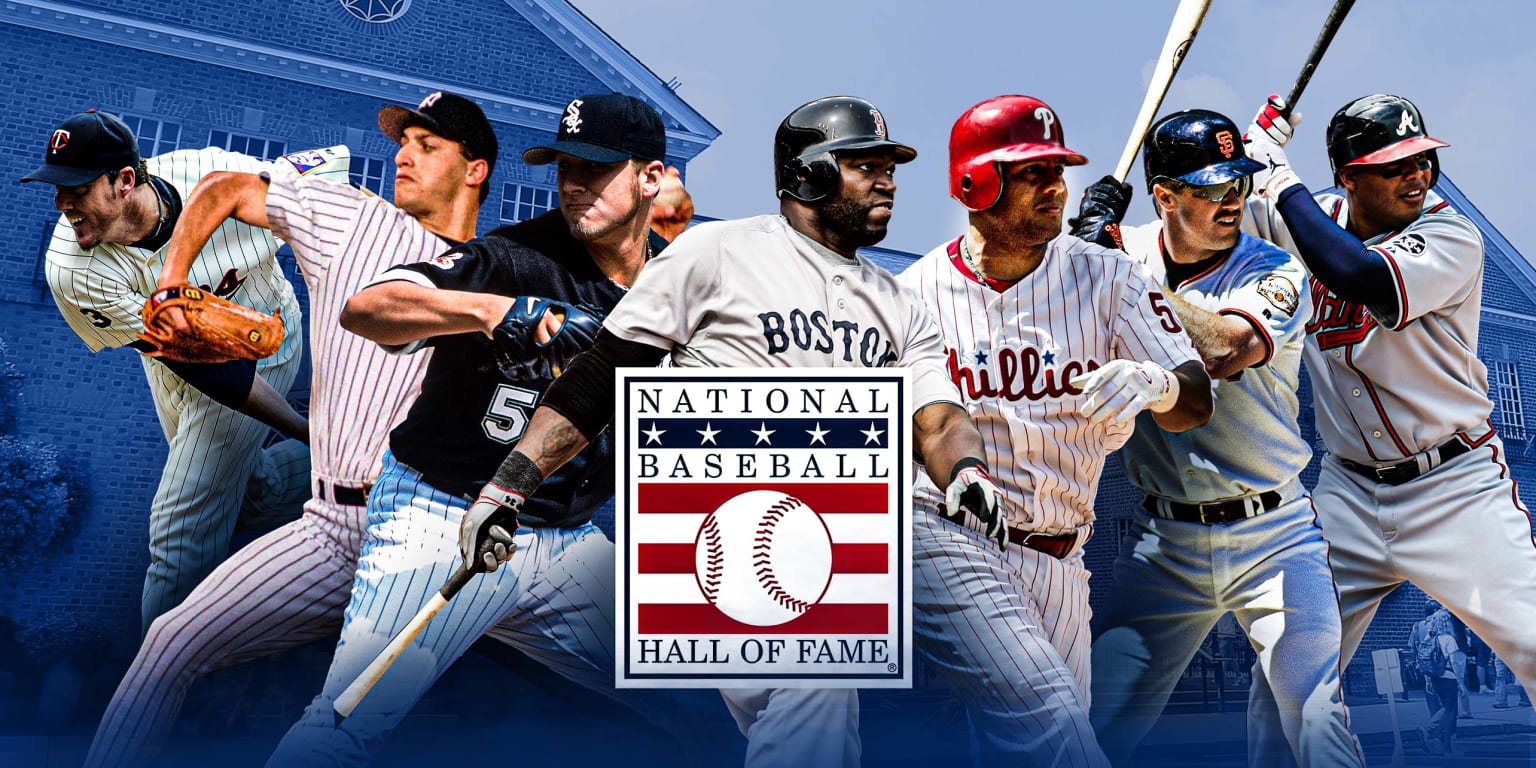 While many of baseball’s great stars are players taken in the early rounds of the draft or signed for juicy bonuses in the international market, many others built their careers by climbing from the bottom. In some cases, they were so successful that they made the Hall of Fame ballot. These unlikely candidates may not have been selected with the first draft pick, or received millions for their signatures, but they still managed to be candidates for Cooperstown.

Here’s a look at the less likely names, whether we look at how they got into professional baseball or what challenges they had to overcome – which are on the Hall of Fame ballot for this 2022 election cycle:

Before he was Big Papi, the Dominican had to fight hard to keep his big league dreams alive in Minnesota. After joining the Twins as the player to be named later in a trade with the Mariners in 1996, Ortiz didn’t have an easy time getting playing time in Minnesota. He was coming off his best season in 2002, when he hit what was by then a career-high 20 homers with an offensive line of .272 / .339 / .500 in 125 games, but that was not enough to convince the management of the Twins kept him at the club and he was released that offseason.

Minnesota and Seattle didn’t realize what they had, but the Red Sox reaped the rewards and landed who would end up being one of the most beloved players in franchise history. Ortiz spent the rest of his 20-year career in Boston, where he hit 483 home runs, went to the All-Star Game 10 times and won seven Silver Bat awards. Ortiz was a key player in the conquest of three World Series for the Patirrojos, winning the 2004 SCLA MVP and the 2013 Fall Classic MVP.

After being taken in the 38th round of the 1998 Draft from Jefferson College, there was really no expectation that Buerhle would become a Hall of Fame player, and it was not even clear that he had a future in the Major Leagues. . But that didn’t stop the southpaw from becoming one of the best pitchers in all of baseball in the latter part of the 2000s and the first part of the 2010s. Buehrle ended up winning a World Series in 2005, he did. five trips to the All-Star Game and four Golden Gloves. He also pitched the 18th perfect game in Major League history on July 23, 2009 against the Rays.

If he is inducted into the Hall of Fame, Buerhle would be the second-lowest draft pick to reach Cooperstown, behind only Mike Piazza, who was taken in the 62nd round.

In 1997, the arrival of the Tamba Bay Rays and the Arizona Diamondbacks to MLB brought with it an expansion draft to help them fill their rosters. The Venezuelan Abreu, by then part of the Astros, was not protected in the draft and for that reason he was chosen with the sixth selection of the Rays. That same day, Tampa Bay sent him to Philadelphia for shortstop Kevin Stocker. It can be safely said that the Astros and Rays made a mistake, as two decades later, Abreu is fighting for the greatest individual honor a baseball player can receive. The left-handed slugger spent nine years with the Phillies, hitting .303 with a .928 OPS during that span. He went to the All-Star Game twice, won a Gold Glove and Silver Bat before moving to the Yankees in mid-2006.

After taking him from Stony Brook College in the sixth round of the 1995 draft, the Giants thought Nathan’s future lay in the shortstop. After an unproductive year in the infield, he became a starting pitcher. Similar to what happened to him at the plate, his results on the mound were not impressive at all. Nathan started 94 games in the minors and posted a 4.87 ERA, but San Francisco raised him to the big team anyway in 1999, leaving a 4.70 ERA in two years with the club. But after spending all of 2001 and most of 2002 in the minors, Nathan was successful as a reliever and was traded to Minnesota before the 2004 season. Over 600 games and 376 saves later, Nathan proved to be one of the most dominant relievers in the United States. his generation, traveling six times to the All-Star Game, four of them with the Twins.

The 22nd round of the 1990 draft wasn’t exactly full of talent, with only four of 26 plays taken that round eventually made it to the majors. Of those four, two had negative lifetime WAR and one played a single game, but the exception in the group was Pettitte. The Yankees found an ace with the 594th overall pick in the draft, with Pettitte becoming a linchpin in the Bronx for 15 of his 18 years in MLB. He finished his career with five World Series rings, an SCLA MVP award and three All-Star calls. The Yankees also retired number 46 in his honor.

It’s not uncommon for someone to jump from average player to All-Star player, but it’s a bit rarer when that jump is a Hall of Fame candidate. Before the 1997 season, the Giants made a trade with Cleveland to send third baseman Matt Williams to Ohio for Kent and the Dominicans José Vizcaino and Julián Tavárez. At the time, Kent was 29 years old and had had good numbers, but not great ones. With a .777 OPS and an average of 16 home runs per year, Kent looked poised to be the second baseman at San Francisco, a position where they had received little production the year before. The move paid immediate dividends as Kent set a career-high 29 home runs that year. Three years later, he won the LN MVP and was a key part of the Giants’ success behind Barry Bonds. Kent had three other seasons finishing in the top 10 in MVP voting and took home four Silver Bats, retiring as the second baseman with the most homers in history.

Jones was always destined for big things, already one of the best prospects in the majors before his debut at age 19 in 1996, but it is his birthplace that makes him an unlikely potential Hall of Famer. Before Jones’ debut, the small island of Curaçao was not exactly a cradle of players, as he was only the third player from the Caribbean country to reach MLB. His success opened the door for future prospects, with 13 other Curacaoans following in his footsteps since then, including some who have gone to the All-Star Game such as Kenley Jansen, Ozzie Albies, Jonathan Schoop and Andrelton Simmons.

Jones lived up to expectations, winning with 10 Gold Gloves and attending the All-Star Game five times during his 17-year career. If elected to the Hall of Fame, he would be the first player from Curaçao to be inducted, but his successes have already ensured that many more players will leave the island.

HOF: Most unlikely candidates in 2022