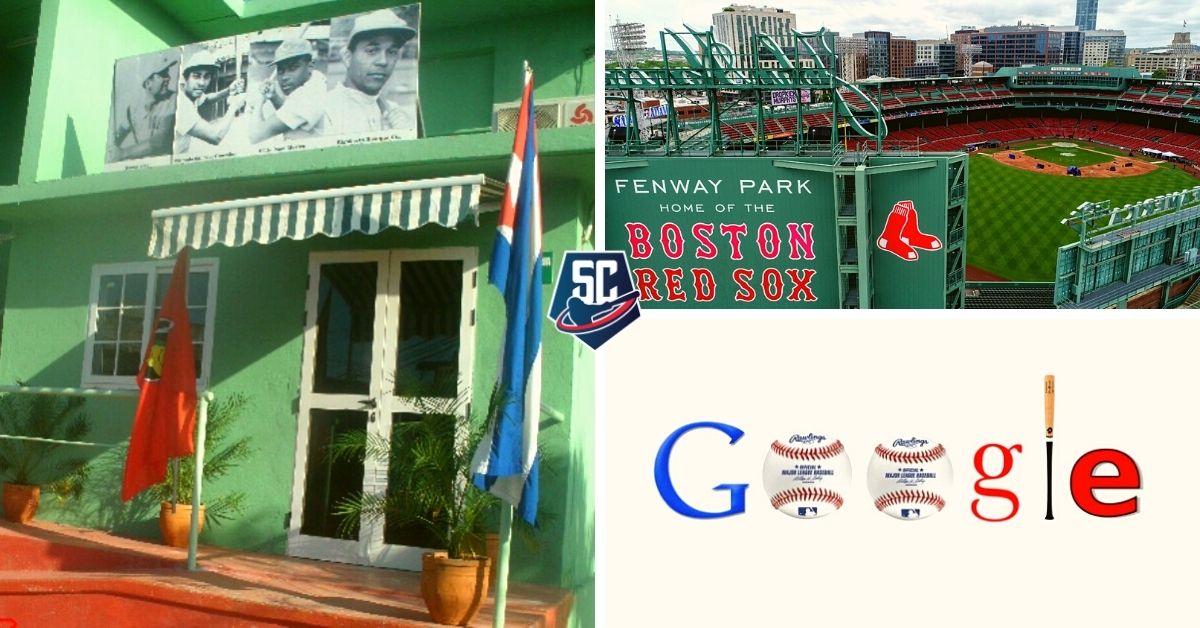 The issue is that the most important search engine in the Western world, Google, to which millions and millions of people go every day, has been far from being fair in committing the omission on a subject that is pride for Cubans. And pride not only for baseball fans who know about it, but for almost all Matanzas who defend with indisputable suspicion what represents something that was declared a National Heritage since 1991.

In order to search for exact information on the baseball stadiums that remain from the 19th century, I find that in the options related to the subject, Google’s response to the oldest baseball park in the world, everything that appears in that regard has to do with Fenway Park. On the first page of said search engine, all the references on the subject are linked to this place. And who says the first, says the second, the third and from then on until I gave up on being able to find something that corresponded to my search.

The home of the Boston Red Sox was built in 1912 and it is clear that it is the oldest stadium that hosts Major League games today. But when the beautiful site was inaugurated for the start of the 1912 season decades more than years ago, the same thing had happened with a stadium in Cuba that is still alive today in almost every way.

Since 1867 there are official references to the celebration of exhibition games in the legendary Palmar de Junco, and then in 1873 and on the famous December 27, 1874, information on friendly matches on the land of Pueblo Nuevo from Matanzas is also recorded.

It may interest you: UNPUBLISHED: Rookie baseball player and his father MADE HISTORY

And if some exquisite is not convinced by the official nature of these challenges, then let’s fast-forward to 1878 with the celebration of the first baseball championship on the Island. By the way, just seven years after the founding of the National Association in the United States, regarded as the first professional league in the history of this sport.

When Fenway Park opened its doors in Palmar de Junco, the best Cuban baseball players of the 19th century and some of the most recognized of the 20th century had passed by, and there they had their “baptism” for extraclass figures of Cuban baseball. One of them was none other than José de la Caridad Méndez, current member of the Cooperstown Hall of Fame and who got tired of handcuffing Major League teams that traveled to Cuba during the winter, before and after the emblematic stadium of New England.

In 1912 the Cuban Professional League had an indisputable and considerable level of recognition in the United States. Not for pleasure until then they had traveled to the island until champions of the same season to rival the Creole clubs. Even since the 19th century itself, these types of events had been part of the baseball scene in the then Spanish colony.

In the case of the stadiums, there is no doubt that the greater North American economic development would give it an advantage in their infrastructure, but, in the first place, the difference was shorter than what happens today. And secondly, our facilities (including Palmar de Junco) were not paddocks either in times of coming of age for Cuban baseball.

El Palmar de Junco has not only stood for more than 150 years, but today it is maintained more carefully than most of the sports facilities in Cuba. The maintenance work that has been and is being done there, both the museum where the Hall of Fame is located and the land and the rest of the areas that make it up, is praiseworthy for the times we live in today.

Although the National Series is not played (which could perfectly be done at least once in each season), the provincial academy is located there and matches are held in the rest of the categories.

The old site not only holds the verbal status of the oldest active stadium in the world and the official status of Cultural Heritage, but it is also the only place on the Island that has witnessed all the important championships that have taken place in Cuba (Cuban League non-professional and professional, National Amateur League, Popular League, Selective Series, Ten Million Series and National Series).

Doesn’t Google know that? Because look what has been written about the historical importance of Palmar. I myself have lost count of the number of articles in which I have referred to this particular since I started doing web journalism. And that path of mine began almost twenty years ago.

It may interest you: BREAKING: Christian López and Osmani Urrutia Jr. received GOOD news from MLB

Perhaps after this article and taking advantage of Swing Complete’s strength in positioning within search engines, justice will be done in a short time and Google’s response to the oldest stadium in the world will be different, and that the reference will come out right away del Palmar Junco with the appearance of this article. However, this is not the only or the best on the internet on the subject.

Honor to whom honor is due, and if this has to do with something that touches our pride as Cubans, I think it is more than appropriate to come out in its defense. It cannot be acted in another way in the case of such a symbolic site for so many and for a sport in general that we well know what it has represented for Cuba throughout history.

Google omitted transcendental information about one of the great Cuban symbols