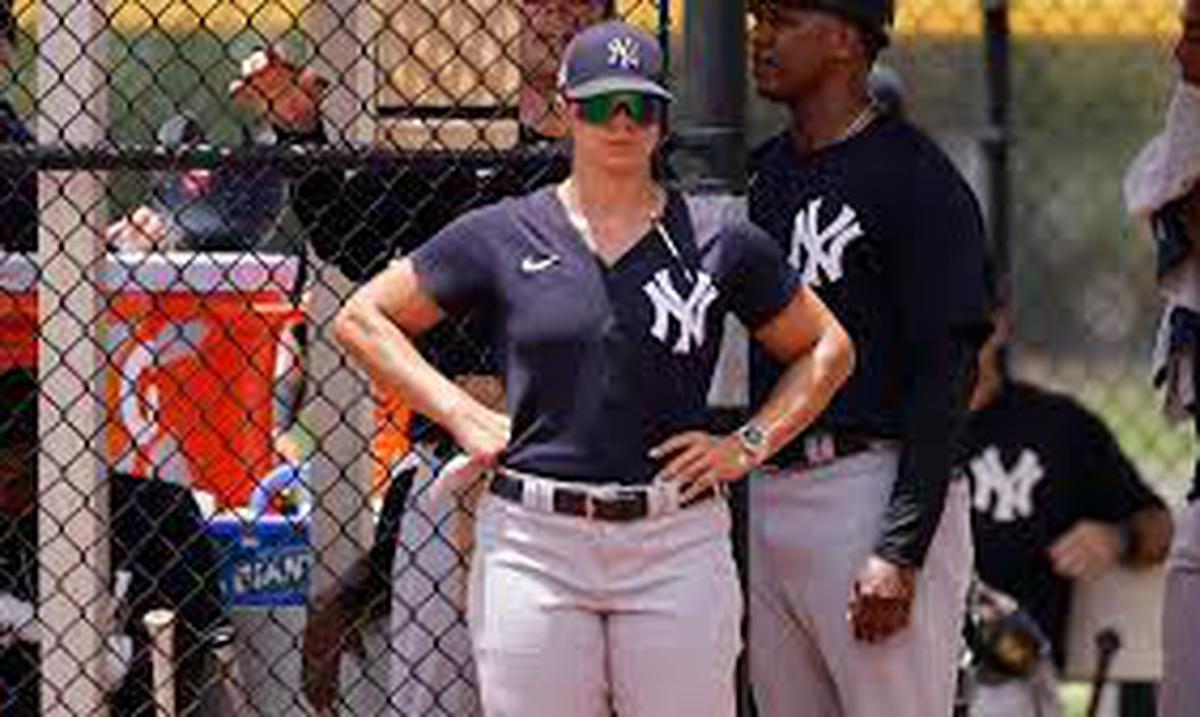 Almost a century ago, a 17-year-old American girl named Jackie Mitchell became the first female pitcher to sign a contract as a professional player.

Mitchell, a minor league pitcher, even took to the mound to face the New York Yankees in an exhibition game. The story goes that this talented left-handed pitcher managed to strike out the legendary Babe Ruth and Lou Gehrig in that game.

It took a long time for another female figure to emerge in baseball. In 1997, Illa Borders signed a professional contract as a pitcher in the independent league. Two years later, she arranged for her to be invited to the Cincinnati Reds’ training camps, but she was left alone in an attempt.

the baseball of Big leaguesan ultra-conservative sport where historically the male presence has always predominated on the field of play and in administrative positions, has maintained the same trend for decades.

However, over the years, the role of women has been gaining strength in organized baseball and although there has been no participation of women on the field of play as members of any squad, an impressive presence is being observed in senior managerial positions, including as managers and coaches.

On International Working Women’s Day, the contribution and impact of a group of women who are revolutionizing this sport in the United States is recognized.

Kim Ng made history in 2020 when she was announced as the general manager of the Miami Marlinsbecoming the first female to hold the important position in the Majors. Ng, of Asian descent, has 30 years of experience in the majors working for various organizations and the commissioner’s office.

Alyssa Naken became the coach of the San Francisco Giants in the same 2020. She was the first female to become a full-time coach in the Majors, as well as the first line coach. She did it at first base.

This year, the New York Yankees named Rachel Balkovec as manager of their Class A affiliate (Tampa), becoming the first woman to be named the property manager of a minor league team.

Jaime Vieira -minor league hitting instructor for the Toronto Blue Jays-, Elizabeth Benn (director of operations for the New York Mets) are some other women making their way in baseball.

“I have to tell you that I am not surprised by any action by a female aimed at breaking stereotypes, breaking with macho behavior, with that mentality. It doesn’t surprise me,” reflected Ivelisse Echevarría, considered the best pitcher in the history of Puerto Rican softball and one of the most recognized athletes in the national sport.

“The fact that this dynamic of women in administrative positions in baseball is taking place, a basically masculine entity throughout history, is more than surprising and very satisfying because that is what the message is aimed at that we dare to arrive and assume those positions.”

Echevarría, a member of the International Softball Federation Hall of Fame and recognized by other sports halls nationwide, was an outstanding pitcher who debuted at the 1979 Pan American Games held in San Juan. Since then, she became an important cog in the Women’s National Team machine until 1996 when she retired after the Atlanta Olympics.

The fact that this dynamic of women in administrative positions in baseball is taking place, a basically masculine entity throughout history is more than surprising and very satisfying.

“These are people who are trained. That’s what empowerment is all about. To have the security of that capacity to be able to execute and to be able to do things”, said Echevarría when referring to the women who have been exercising important functions in baseball. “Be firm that we have the capacity and that we can do it. So bravo for them. That is the message for all those women who are in line to take that first step.”

Echevarría, possessor of great speed in her throws at the time, has no doubt that the number of women occupying important positions will continue to increase in the future. However, she claimed that the number is still tiny and its increase will depend on other trained women who dare to take the step.

“It’s going to keep happening. Let no one be surprised because this boom of women in those positions, in those positions, is going to continue. The mentality that they have to be men who assume those positions and make some decisions has already been broken, and that has passed into history,” Echevarría said. “But I have to accept that it is a tiny amount because we are in that process of that awakening, to call it in some way. I am confident that this percentage will increase and that there will be many more who dare to take the step”.

On the other hand, the current member of the Puerto Rican Sports Hall of Fame highlighted the late Rebekah Colberg at the national level, considered the greatest female athlete in the history of Puerto Rican sports.

Excelling in various sports disciplines, Colberg was the first female to compete for her country in international events.

“She dared to do things that no woman in Puerto Rico dared to do in terms of sports competition, of representing the country. She always took that step forward and we have to thank her for that, for the awakening and development of women in sports. We owe it to Rebekah’s gallantry. She was definitely a trailblazer.”

Echevarría, 65, has held important positions since his retirement from softball. She was Director of the Department of Recreation and Sports of the Municipality of Guaynabo and is also a member of the Board of Directors of the Puerto Rican Sports Hall of Fame.

“Sport shaped me and it was my present and my future. And she was one of the few women director of sports or any other direction in Puerto Rico at that time, and later came others who continued to be successful and continue to do spectacular work. There was always leadership in sport. It was always in me and it will be in all the women who dare to be leaders in Puerto Rico.”