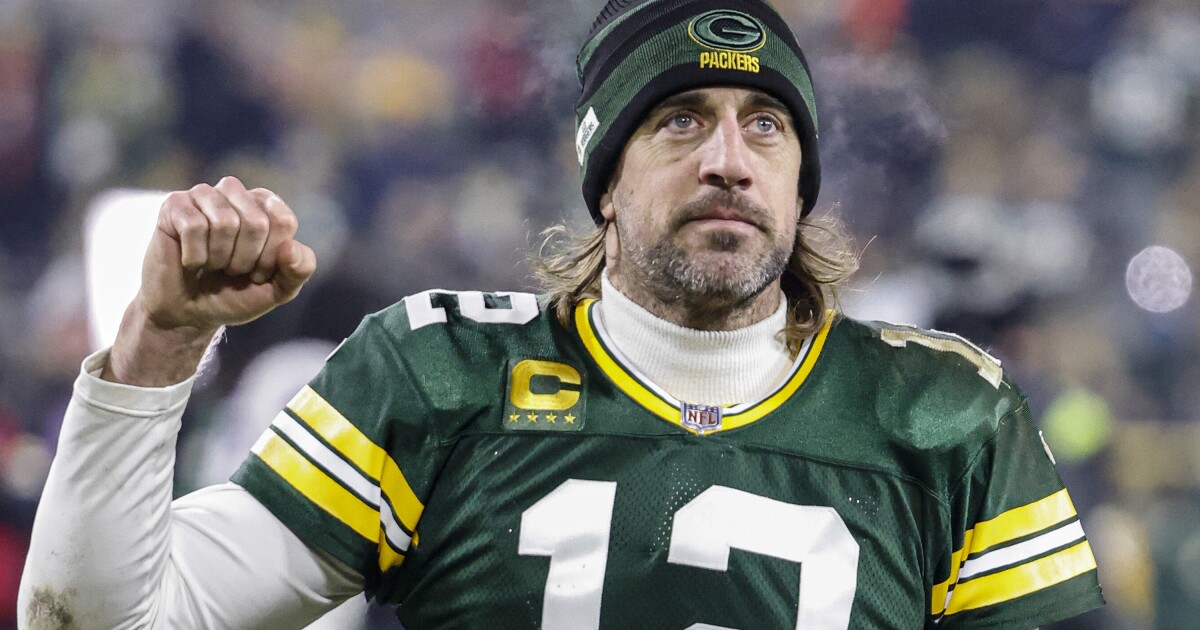 Aaron Rodgers intends to play an 18th season with the Green Bay Packers, a decision that would take the reigning MVP off the NFL free agent market.

The NFL Network and Pat McAfee, who hosts “The Pat McAfee Show” on SiriuxXM and YouTube, reported Tuesday that Rodgers will remain with the Packers next season. Rodgers has a weekly slot on McAfee’s show during the season.

The NFL Network reported that Rodgers, 38, has agreed to a four-year, $200 million deal, of which $153 million is guaranteed. McAfee denied the report, saying “the contract was not finalized,” but added that Rodgers has agreed to continue with the Packers.

Rodgers’ decision would have come nearly a month after he won his second straight MVP and the fourth of his career, all in Green Bay.

He indicated that he wanted to announce his future before the start of free agency next week. The report on his decision came at the deadline for the Packers to decide to give wide receiver Davante Adams the franchise tag.

Rodgers wanted to avoid what happened a year ago, when his status was uncertain until the start of training camp.

The doubts about his future at that time were due to the disagreement between Rodgers and the board. Rodgers has assured on several occasions during the last few months that his relationship with the team’s management had improved significantly.

At the time, he said that he wanted to have more participation in the decision-making process.

General manager Brian Gutekunst indicated that the relationship was in a good place.

“I feel confident of where we are now,” Gutekunst said during the NFL combine.

Rodgers had a tumultuous 2021 season in several respects, most notably over comments he made about whether or not he would have been vaccinated against COVID-19.

He also had to deal with a broken little toe for most of the year, but continued to play at a high level. He threw 20 touchdown passes with no interceptions in his last seven regular season games. He led the Packers to a 13-4 record and their fourth straight NFC North title.

But the season ended with a disappointing postseason performance. The Packers scored only one touchdown on the first drive of the game and never reached the end zone again in losing at home to the San Francisco 49ers.

Aaron Rodgers would stay with the Packers