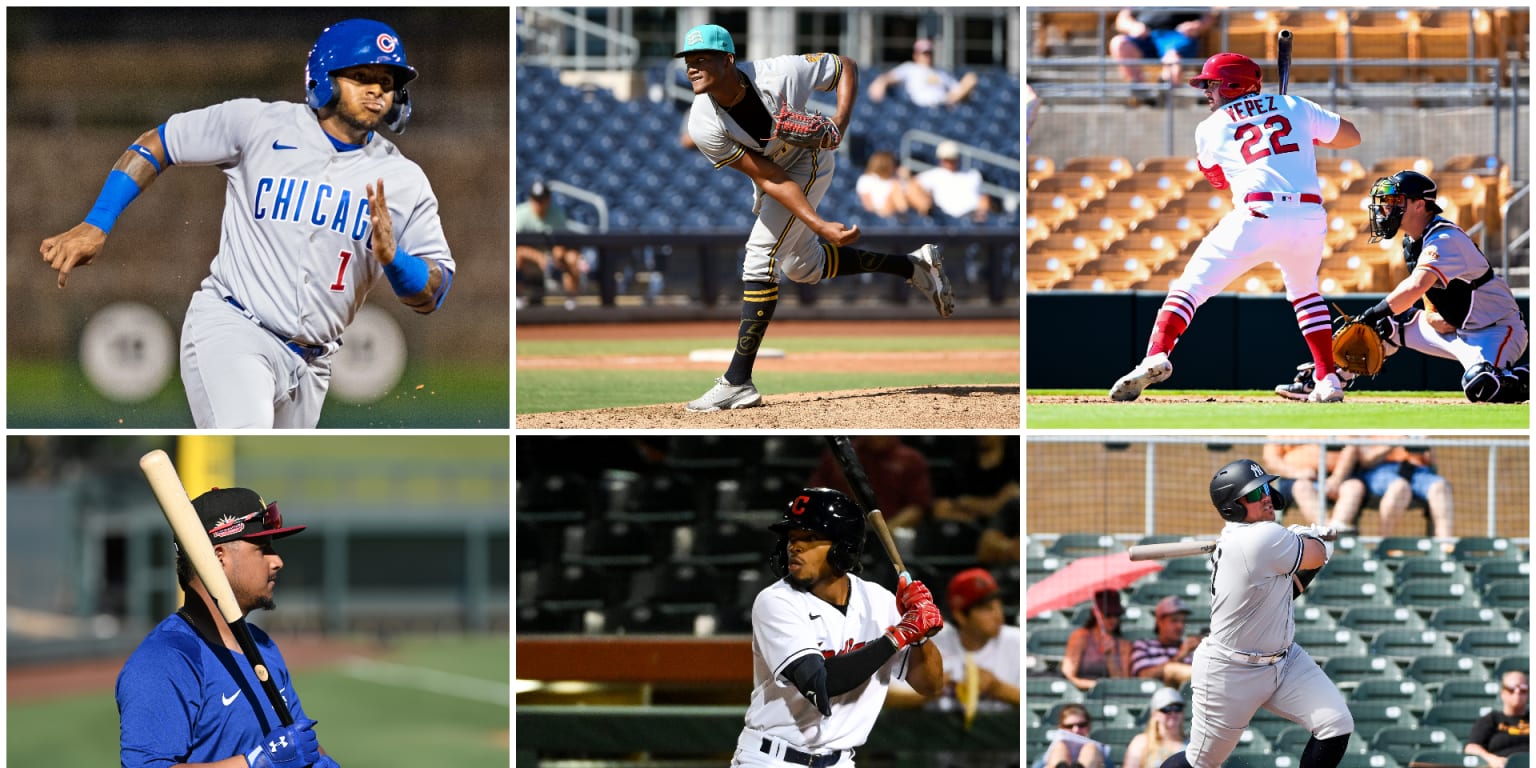 The Arizona Fall League (AFL) season just ended. So with all the action in the rearview mirror, we can review how the best Latin American prospects fared during their time at the prestigious circuit.

Here are some statistics that stood out during the last six weeks in the desert. All the authors of these numbers finished as leaders in those categories, except in the case in which the opposite is clarified.

.338: Juan Yépez (Prospect No. 26 of SL), ISO – The Venezuelan, one of this year’s revelations in the minors, deserved his place on this list and we found one for him with his isolated slugging percentage (ISO). His ISO was third-best in the AFL, but it’s good to note that Yépez (103 plate appearances) used up far more at-bats than those who finished above him: Ivan Johnson (.367, 70 times at bat) and Drew Lugbauer (. 346, 64). The 23-year-old first baseman and outfielder, who was included on St. Louis’ roster for the Wild Card Game against the Dodgers, hit .302 / .388 / .640 with seven home runs and eight doubles in 23 games for Glendale.

.387: José Tena (No. 12 CLE), batting average – The fight for the AFL batting title was close, with four players finishing above .370. Tena took the 62-24 league crown in his 17 games with Scottsdale. (Only seven of those hits were extra-base hits, with no home runs.) This lead is the latest in a series of good news, as Tena also won a Minor League Gold Glove for his work at shortstop and the Guardians added him to the roster of 40 on Friday to protect him from the Rule 5 draft. .

11: Gabriel Moreno (TOR No. 1, MLB No. 32), doubles – There were high expectations this year for the Venezuelan, the Blue Jays’ best prospect. Moreno responded by showing an above-average bat and plenty of power, but was only able to play 32 games with Double-A New Hampshire due to a broken thumb. He looked like himself in Mesa, which ended up winning the title, leading the AFL with three more doubles than his closest pursuer. He hit .329 / .410 / .494 in 100 plate appearances and those 11 doubles are proof that his power helped him find the channels more than the stands. Bonus: Moreno had the fastest exit velocity from a hit in both the All-Star Game and the AFL final.

74: Nelson Velázquez (No. 29 of CHC), bases reached – There are a number of categories in which we could have highlighted what the Puerto Rican, AFL MVP did in 2021. He led the league in homers (nine), hits (40), slugging (.712) and OPS (1,191). But we are left with the total of the bases reached, because that was the category that dominated more easily, they are 17 more than the second place. Velazquez, who was added to the Cubs’ roster of 40 on Friday, also finished in the top three with a .385 batting average and .480 on-base percentage, all while leading the league with 123 plate appearances. A lot of production in a lot of playing time.

100.6: Abner Uribe (MIL # 26), fastball speed (mph) – The 21-year-old right-hander has yet to play past Class-A Low in the minors. But do you know what it has to get people to pay attention, beyond the level? Elite speed. Uribe’s 100.6 mph fastball on Oct. 22 was Statcast’s strongest pitch on record in games at Salt River this season. And that was not all. He made 13 of the 14 fastest pitches according to Statcast in the fall, between 98.9 and 100.6 mph. Still, he allowed 13 earned runs and 17 walks in 9.0 innings for Salt River, a show of how much he needs to improve – but the arsenal is there.

117.0: Andrés Chaparro (NYY, unranked), hit speed – The Yankees know a lot about hard hitting. Chaparro was not far behind with a double to 117 mph on November 15. No other hit recorded by Statcast at Salt River came close to that connection and only 45 balls were hit harder in the Grand Capra this year, including 25 between Aaron Judge and Giancarlo Stanton. Chaparro hit .275 / .363 / .522 with 11 of his 19 hits being extra-base hits in 20 games. It is not difficult to imagine why.

447: Seuly Matías (KC, unranked), home run distance – Apparently, the Dominican Matías has a gift for great moments. His Nov. 3 home run off a Mets slider Garrison Bryant was Statcast’s longest hitting hit in the AFL. Additionally, he also posted the three hardest shots for an outfielder, with speeds of 98.0, 96.7 and 95.2 mph. The Royals prospect remains prone to strikeouts, however, and fanned the breeze in 31 of his 94 plate appearances, as well as hitting just .188 on the road.

Featured Latin Americans of the AFL 2021