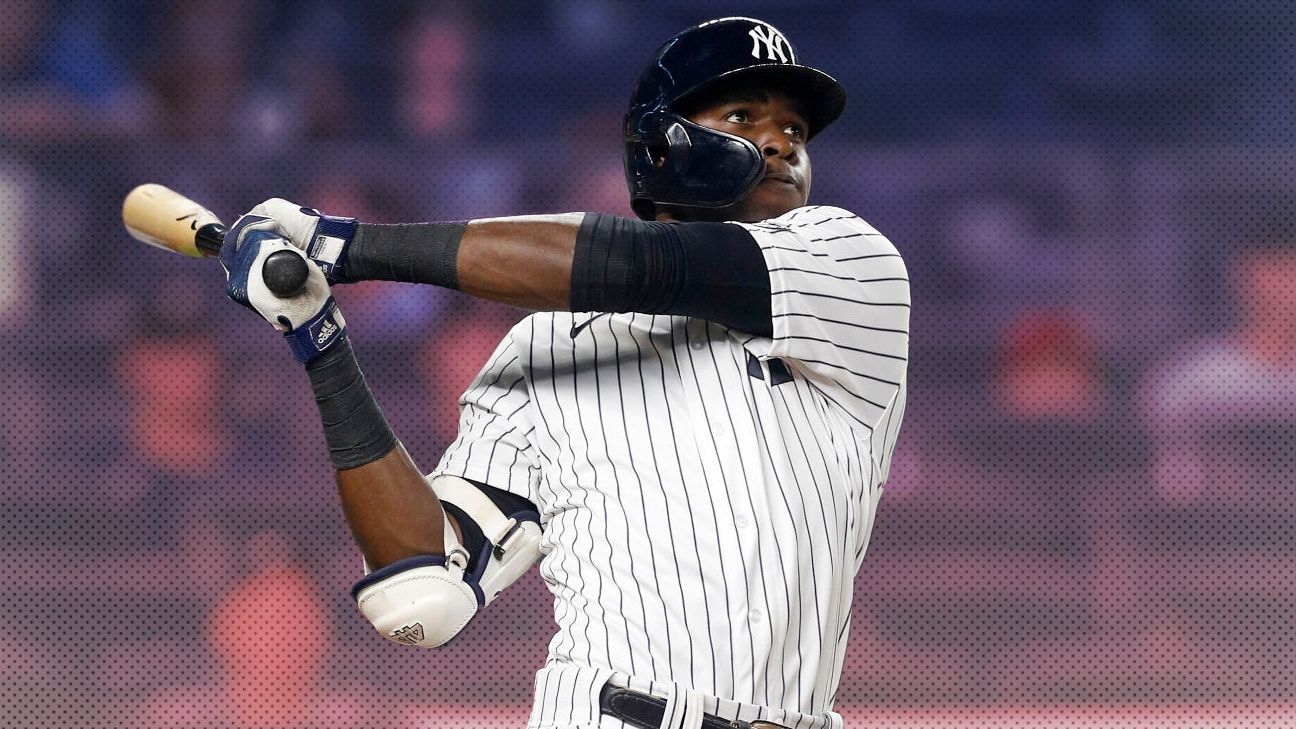 Whether Haitian or Dominican, the discussion about the nationality of the New York Yankees player should be left behind and appreciate what he can do on the field.

At 23 years old and with some opportunities in the past, the ‘prospect’ label of Estevan Florial it begins to fall.

In his fifth major league call-up, although he has only played once previously, injuries to the Bronx Mules have opened up perhaps his best opportunity to date.

In two games and six at-bats, he has connected two hits (double and homer) with two RBIs and one scored, decreeing his best performance in the big top so far.

On the other hand, it is unfortunate that every time Florial begins to show his talent, whether in the minors or the majors, his nationality dilemma comes to light.

Florial was born in Dominican Republic but her parents are Haitian, a common reality at a general level. Many Dominican-Haitians find themselves in this situation, because their parents were irregularly in Dominican territory at the time of their birth.

A year ago, Florial spoke with William Aish, sports editor of the Nuevo Diario, where he reported that he gave up trying to play as a native in the Dominican Winter League, even though he feels Dominican.

Are you Real flower? pic.twitter.com/PzYFrfr7Kt

“Although I live in the Dominican Republic, after all, Haiti is part of me and my family,” said the gardener.

Estevan Florial is a different case than the debates that are created when a player is born in a country and his parents have a different origin, since the legal issue is first-hand.

The jurist Nelson Jáquez points out that the Florial case is common in the Dominican Republic and qualifies the issue as “complex” that has sparked countless discussions and has caused the country to be subject to sanctions by the Inter-American Court of Human Rights in different cases.

“Before the modification to the (Dominican) Constitution in 2010, article 11 established that all persons born in the territory of the Dominican Republic would be Dominicans, with only one exception relative to the legitimate children of foreigners residing in the country in diplomatic representation or in transit. This is known as jus soli ”, explains the Fima partner CHJ Legal.

“In the particular case there is a background that requires a greater analysis and to know, if there is any process in process,” concludes the lawyer.

At the moment Florial remains registered as Haitian even though he feels Dominican, although on the field he only needs to be one thing: a great player.