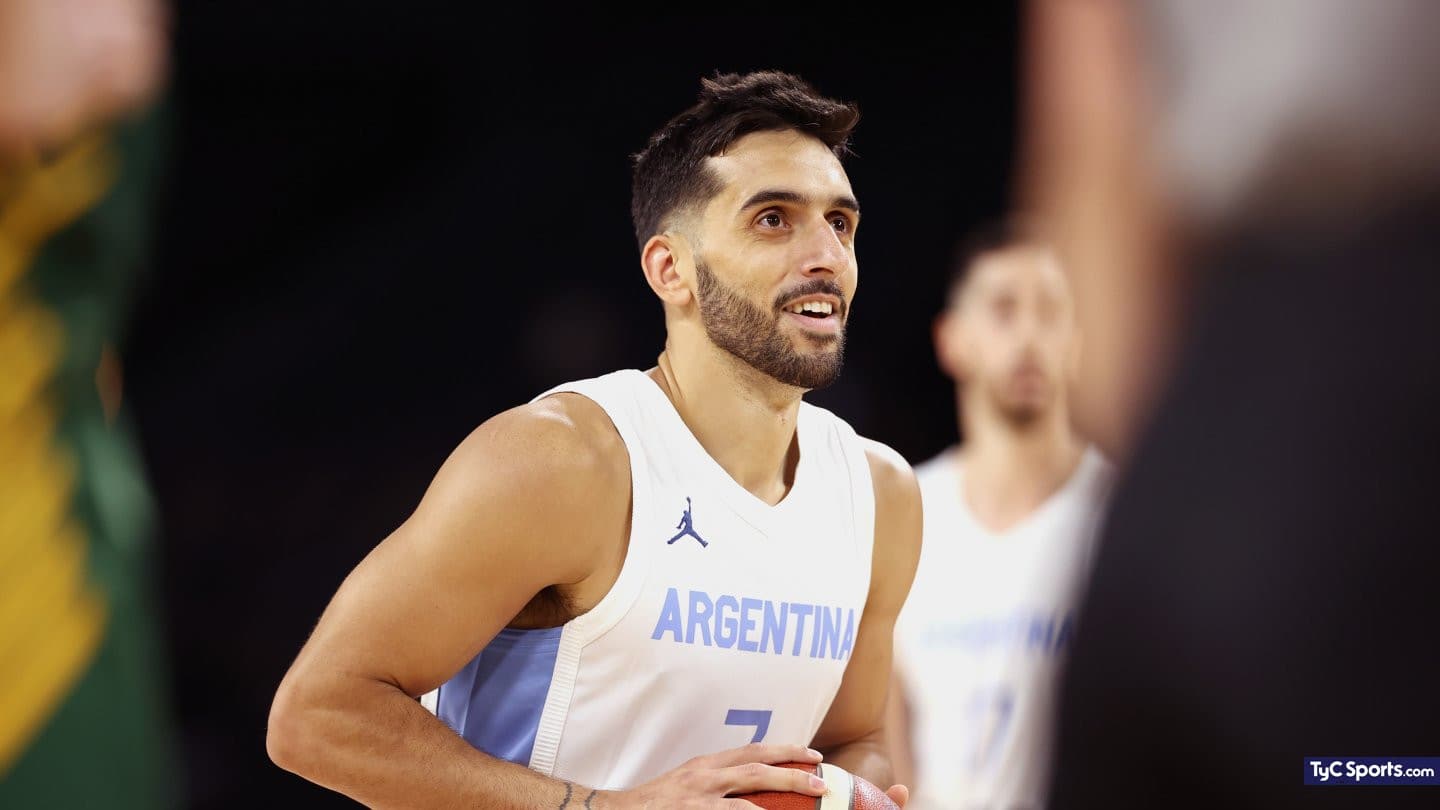 Of all the qualifiers, only Iran does not have representatives in the best league in the world. Here, a review of the players who are active in the American league and will be at the Tokyo 2020 Olympic Games.

The Tokyo 2020 Olympics they will undoubtedly have one of the most attractive competitions in basketball. The Olympic event will feature the participation of the best teams in the world and, in addition, almost all teams will have players who play in the NBA, the best league in the world. Here is a review of each of them, not counting the team of United States, which has its 12 players in the NBA.

Argentina, with several NBA representatives at the Olympic Games

With Facundo Campazzo As emblem and leader, the national team will say present in the Tokyo 2020 Olympics with three NBA representatives and a fourth who may be next year.

It is that, to the Cordovan base of Denver nuggets they are added Gabriel Deck in Oklahoma City Thunder and Luca Vildoza in New York Knicks. The fourth will be Leandro bolmaro, who was drafted by the New York Knicks and transferred to Minnesota Timberwolves, although his last season was played in Barcelona. In addition, it will have Patricio Garino and Nicolás Laprovittola among their ranks, two who had steps through the NBA, in addition to the eternal Luis Scola, former player of Houston Rockets, Phoenix Suns and Indiana Pacers.

As if this were not enough, the coaching staff will also have an NBA presence since Pablo Prigioni, assistant in Minnesota, joined the team led by Sergio Hernández.

Gobert (Utah Jazz), arrives in Tokyo after being chosen Best Defensive Player in the NBA for the third time in his career. Before, he had achieved it in 2018 and 2019. Fournier (Boston Celtics), meanwhile, comes after a season in which he had statistics above his career average: 17.1 points, 3 rebounds and 3.4 assists per game.

Undoubtedly, the performance of Australia In the 2019 China World Cup – fourth place – it served to warn that they would go to Tokyo 2020 with great aspirations. Thus, the best team in Oceania will have six NBA players.

The NBA players of Spain, who will seek to revalidate their world title in Tokyo 2020

The current world champions arrive at the Olympic Games with the aim of achieve the title they lack. To do this, they will have the presence of four players who are active in the NBA.

Marc Gasol (Los Angeles Lakers), Ricky Rubio (Minnesota Timberwolves) and brothers Juancho and Willy Hernangómez (Minnesota and New Orleans Pelicans, respectively), will be in charge of leading the powerful team of Sergio Scariolo, who is also a technical assistant for Nick Nurse in Toronto raptors.

Japan, with the advantage of being a local in Tokyo 2020 and two NBA players

The team that technically leads Julius lamas arrives hoping to hit the ground running in the group of Argentina, being that the localía always offers an extra to the players.

Beyond that and the growth that Japanese basketball has presented in recent years, its ranks will include two players who play in the NBA. The first of them will be Rui hachimura, actually in Washington Wizards and that he joined the NBA through the 2019 Draft, in ninth place. The second will be Yuta watanabe, who disputed two seasons with the Memphis Grizzlies and currently plays for the Toronto Raptors.

Doncic, Slovenia’s hope at the Olympics

After having achieved the classification to the Tokyo 2020 Olympics In the pre-Olympic in Kaunas, Lithuania, the hope of Slovenia in what will be its first Olympic participation in basketball has a first and last name: Luka doncic.

The star of Dallas mavericks He is one of the most recognized faces in the NBA and, without a doubt, one of the best young players presented by the best league in the world. By his side will surely be Vlatko Cancar, known in Argentina for being a companion of Facundo Campazzo in Denver nuggets. The Cordovan also maintains a friendly relationship with Doncic, with whom he shared a team in Real Madrid.

Germany will have two NBA representatives on their roster

After having classified Tokyo 2020 as the winner of the playoff game in Split, Croatia, Germany confirmed his roster for the Olympics with only two NBA representatives to his credit.

They will be Isaac Bonga (Washington Wizards) and Moritz Wagner (Orlando Magic) and the absence of the player of Dallas Mavericks Maxi Kleber, who will ultimately be out of the game due to a season plagued with injuries. It should also be noted that Wagner he is a free agent, but his last team was the Magic.

Nigeria wants to surprise with a team full of NBA players

The growth of basketball in Africa is evident in what it has done Nigeria hand in hand with the coach Mike brown. Not only did he surprise everyone in the homerun prior to Tokyo 2020 disputed in United States by beating the locals and the Argentina, but will also lead to eight NBA players to the Olympics, in addition to his coach, with a long experience in the best league in the world.

Italy, with Danilo Gallinari as the standard

With three NBA players, Italy comes to Tokyo 2020 also through the repechage route. Nicolo Mannion of Golden state warriors will have an opportunity to show himself not only representing the European team but also because he just completed a season in the NBA and surely his team will follow him closely to see his evolution.

The Italian banner will undoubtedly be Danilo Gallinari, the player with the most NBA experience on the team and who has just played in Atlanta Hawks during the last season. His debut took place in New York Knicks, team that selected him with the 6th first-round pick in the 2008 Draft. Later, he also knew how to play in Denver Nuggets, Los Angeles Clippers and Oklahoma City Thunder.

The third with NBA experience will be Nicolo Melli, which comes from playing in Dallas mavericks in the last season and now it happened to Olympia Milano, from Italy.

Satoransky, the leader of the Czech Republic

The base of Chicago Bulls Tomas Satoransky will be the sole NBA representative of Czech Republic in Tokyo 2020. The European team arrived at the Olympic event also by way of the repechage, after beating Greece in Victoria, Canada.

In addition to wearing the mythical Illinois state team jersey, Satoransky knew how to play in Philadelphia 76ers and Washington Wizards during his five years in the NBA. In Europe, he also played for Barcelona, one of the most powerful teams outside the NBA.

Iran, the only one without players currently in the NBA

In a tournament that seems plagued with NBA players, the case of Iran It is curious since, although It does not have athletes currently playing in the US league, it does have Hamed Haddadi, the only one who has experience in that league.

At 36, Haddadi currently plays in the Chinese league, wearing the jersey of Sichuan Blue Whales. But nevertheless, has under his belt 151 NBA regular-season games, with the Memphis Grizzlies and Phoenix Suns jerseys. Everything, between 2008 and 2013.